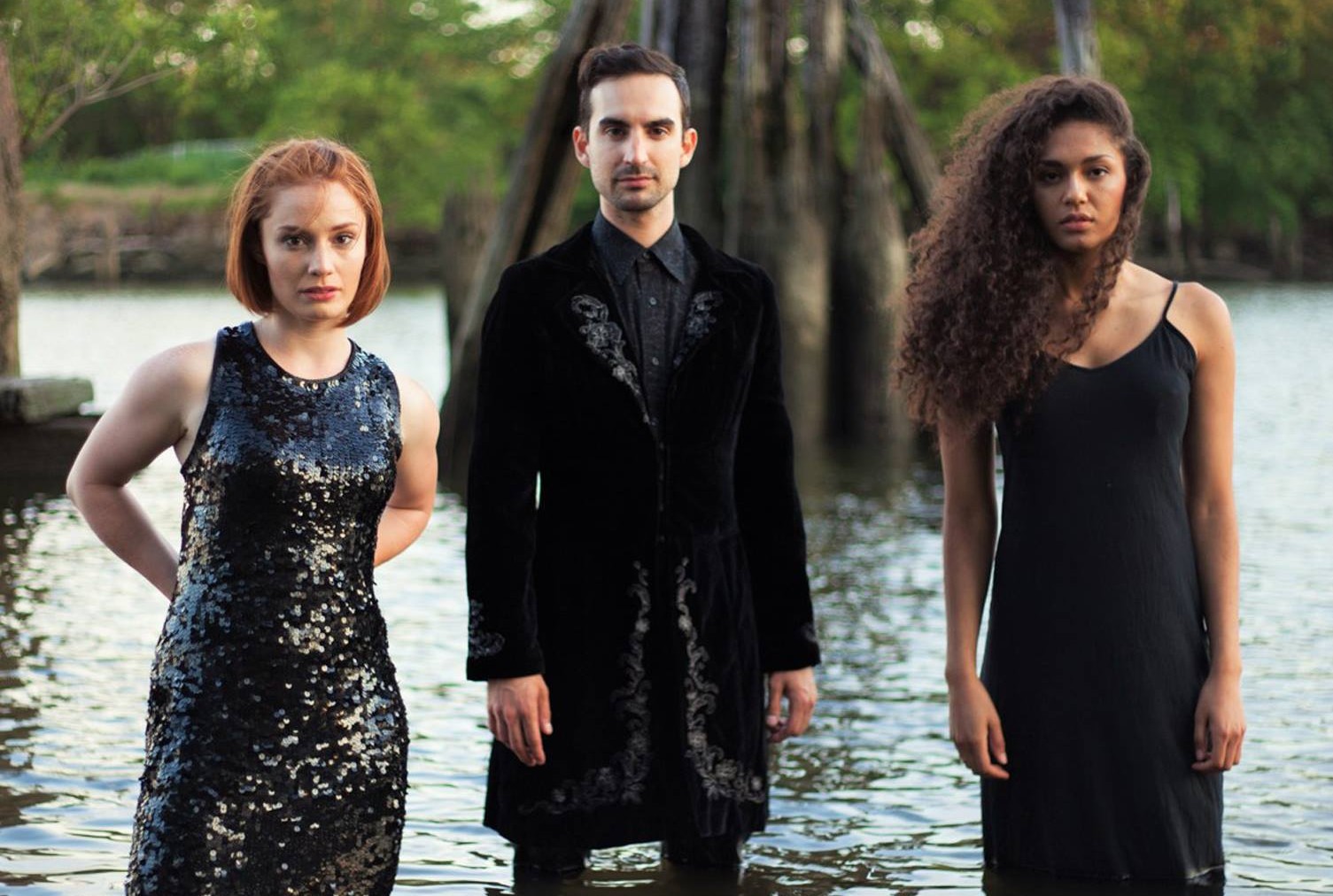 Three years before his assassination during the Spanish civil war, Federico Garcia Lorca elaborated his theory of duende at the Argentinian premier of BODAS DE SANGRE (Blood Wedding). Although universal, duende is particularly Spanish, “a mysterious force that everyone feels and no philosopher has explained,” a power that “surges up” from the earth,  eschewing light and rationality, balancing on the edge of death and madness.

Transplanted from Andalusia to Miami, Tanaquil Márquez and Eliana Fabiyi’s powerful adaptation of BODAS DE SANGRE gives duende a Caribbean flare. In the opening scene, an orange vendor plies his wares, while women salsa and men play checkers.  La Novia (Aneesa Neibauer) appears atop a mound of soil, a reminder of the grave in the midst of life.  By the third act, the dark powers of the swamp have risen to the surface as La Luna (Ezekiel Jackson), dressed as Baron Samedi, sambas in the wasteland, calling for blood.  The play switches seamlessly between Spanish and English, although certain actors stick to one language or the other.  Yajaira Paredes embodies duende in her fiery portrayal of La Madre, performed almost entirely in Spanish, while Sidney Gantt’s impassioned Leonardo, in English, is violently conflicted, torn between passion and responsibility. Verónica Ponce de León as La Vecina/La Suegra gives the play a certain lightness, rendering the inevitable tragedy even darker . Music alternately tempers and intensifies the emotional tenor, reminding us of Garcia Lorca’s own interest in the form (sound design, Eliana Fabiyi).

This play is presented in rep with I Only Came to Use the Phone, an original adaptation of a story by Gabriel Garcia Marquez.