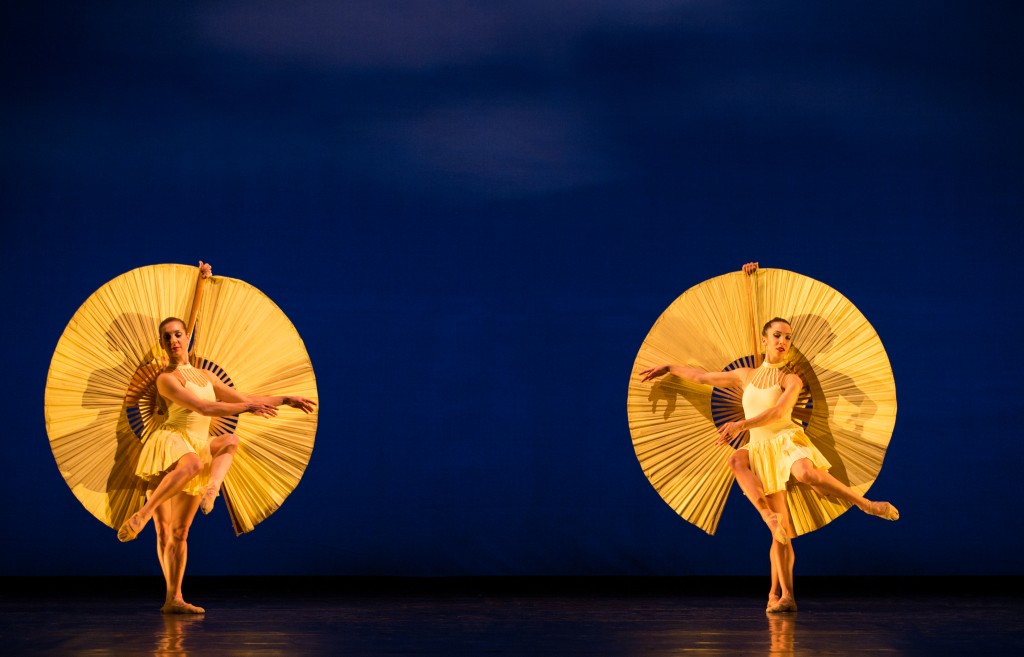 As the finale of Next Move 2015-2016 season, Dance Affiliates presents MOMIX, a  dance company internationally recognized for its innovative and imaginative performance. Over more than 40 years, artistic director Moses Pendleton has been involved in top stage art productions and events such as Integrale Erik Satie for Paris Opera in 1979, the closing ceremony of the Winter Olympics at Lake Placid in 1980, and the opening ceremony of the Sochi Winter Olympics in 2014. Through OPUS CACTUS, he recreates the nature and the universe on the stage of the Prince Theater.

His choreography is intuitive, instinctive, and direct. It does not give the audiences headaches trying to find complicated and obscure meanings behind the movements: The cacti grow, the flowers bloom, and the frogs jump; the wind blows in the desert and the dancers fly in the air. Yet Pendleton’s concept is grandiose and its realization is magnificent.

OPUS CACTUS presents the lives, natures, and even death of numerous creatures. The kaleidoscopic performance of MOMIX’s impressive dancers is beyond imagination. At some point, the audiences start to feel numb and completely drawn into their magical and eccentric universe.

Although the stage feels narrow for the vivid and extravagant show, the lighting and sets are utilized brilliantly. This is a show for everyone from kids to grown-ups, to simply enjoy and excite.