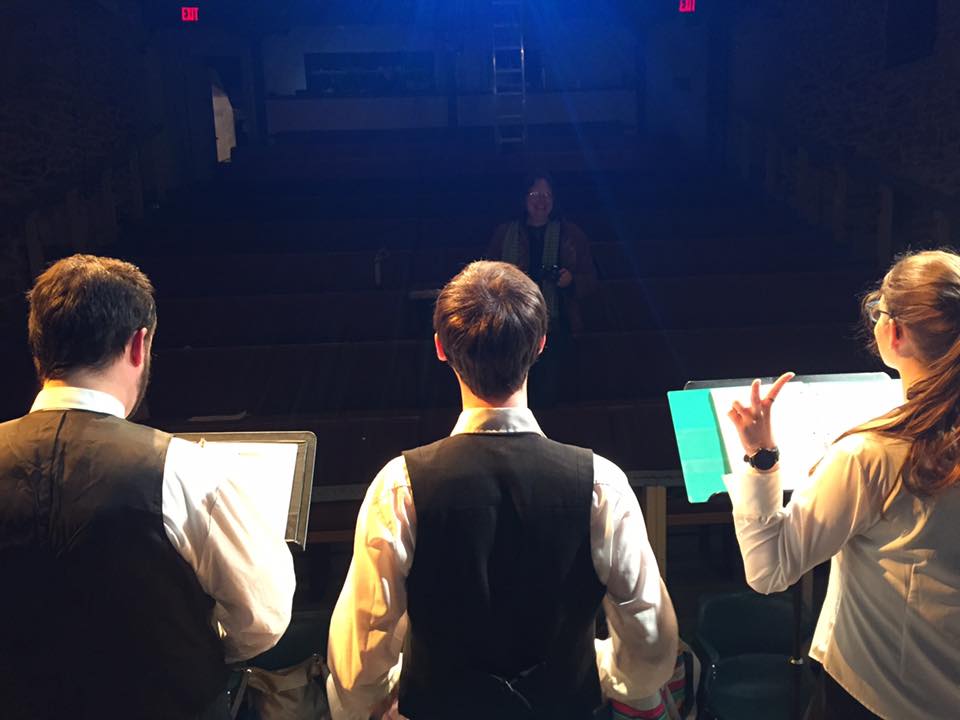 Far out fantastical fun awaits as Hedgerow takes audience members on an enchantingly humorous and out of this world tour of the galaxy with its first installment of Douglas Adams’s original radio play, THE HITCHHIKER’S GUIDE TO THE GALAXY.

At the beginning of science fiction comedy series, Ford Prefect, a roving researcher and alien, rescues his human friend, Arthur Dent, shortly before the planet Earth is destroyed to make room for a hyperspace bypass. They catch their first outer space ride together on a Vogon ship, and all sorts of odd encounters with within time and space ensue.

They meet up with a two-headed ex-hippie named Zaphod Beeblebrox and his unlikely companion Trillian (a former crush of Arthur’s), a miserable robot named Marvin, an annoying overly cheerful computer, a thinking sperm whale, a bowl of petunias and an ancient automatic defense system from the planet-manufacturing planet of Magrathea. And this is just the start of it. It is advised that you “Don’t panic” and “carry a towel.” Having a babel fish in your ear to understand assorted life forms may help too.

A backdrop of projected storyboards created by local artist Phoebe Titus, superbly complement actors David Titus, Allison Bloechl, Mark Swift and Josh Portera as they enact various characters from the play, under the direction of artistic director, J. This stellar cast is wonderful to watch, as well as listen to, in that they bring the varied voices and mannerisms of each and every one their characters to the forefront of the stage with accuracy and clarity, enlivening the story and making for delightfully different and worthwhile experience. Sound and music and synch up well with the show. David Titus provided technical direction and animation.

Stay tuned for Hedgerow’s next installment of THE HITCHHIKER’S GUIDE TO THE GALAXY!