OSCAR WILDE: FROM THE DEPTHS is scheduled for its world-premiere opening at the Lantern Theater Company on January 20. A new work by the company’s co-founder and artistic director Charles McMahon, the original drama is set in London’s Reading Gaol, during the time when the Dublin-born Anglo-Irish writer, convicted under Victorian England’s Labouchere Amendment of 1885, was serving out a two-year sentence of hard labor for “gross indecency.” Taking its inspiration from Wilde’s “De Profundis”—a posthumously published long letter he wrote to his lover Bosie (Lord Alfred Douglas) from prison between January and March of 1897—the play delves into the mind, emotions, memories, and revelations of the self-described “disgraced and ruined” man, as he sat alone in his cell.

PHINDIE: How long have you been interested in Oscar Wilde, and what inspired your desire to create a play about him?

CHARLES MCMAHON: I’ve always been interested in him as a character. He’s one of those people you keep coming back to at different phases in your life and see him differently as you grow. One question I’ve always had was why did he pursue the prosecution of the Marquess of Queensberry for criminal libel [after the aristocrat accused Wilde of sodomy]? He must have known that it would be very risky. And when it became clear that things weren’t going well [when Wilde himself was counter-prosecuted for his relationship with Queensberry’s son Bosie], why didn’t he get out of England while he still could? It seems almost as if he had some strange predilection for self-destruction; you can see it in his own writing, especially in his early work. Before he did the classic boulevard comedies, he assumed the role of a symbolist author, in which his characters would sometimes go for the noble sacrifice. There was a fascinating trajectory he took in his life and career, so a while ago I became keenly interested in this moment, the time when he could have saved himself and didn’t. I don’t think he knew what exactly would happen, he might have expected a very different outcome, but at some point there was a moment of hubris, and then resignation. Everyone who knew him expected him to leave England, but he stayed, and it remains a mystery. He established himself as a great artist, and then his life also became a work of art that he wrote, with a tragic ending. He made the choices, but did he consciously embrace this monumental suffering?

PHINDIE: Why did you choose his time in prison as the period you wanted to explore?

CM: There’s been a lot written about Wilde in dramatic literature and history. Before the trial, he’s at the height of his popularity and fame, but if he goes to jail, he disappears and fades away. Then what? It’s a most challenging and mystifying exit that he made from the stage. I was interested in that question as the beginning of what I wanted to explore. What was he there to do? He finds incredible meaning and context in everything, and his world view always fits into some mold or another; nothing seems random, including going to prison.

PHINDIE: What was your emotional response to reading “De Profundis” and, aside from the title, does your script cite specific passages from Wilde’s letter within your own fictionalized account?

CM: There are a few moments in the text that make their way verbatim into the play; “De Profundis” was the inspiration. Then there are other echoes, if not paraphrases, speculating on his state of mind. Not all are direct quotes, since theater is an act of imagination. For me, the exercise here was to use the psychological arc of Oscar Wilde as a blueprint for his process of self-examination. He puts himself under the microscope and asks, “How did I come to be here?” and “How do I survive this?” He’s in dialogue with himself, to keep his soul alive. He’s actively working through a problem and he changes over the course of his writing. When he pulls on the thread of emotion and memory, a million things come out, and it’s all fascinating.

PHINDIE: What approach are you taking in terms of format? Is it a monologue, or are there other characters that interact with Wilde?

CM: The play has some monologues, but I tried to keep those to a minimum. Wilde is in dialogue with his own memory, maybe even his hallucinations. He had an extraordinarily imaginative mind—he was a true genius. So if you take a mind like his and lock it away, it doesn’t turn off, it keeps running. In this script, his mind keeps going on its own, and he seizes command of his own brain again, struggling to reassert willful control. So it’s a combination of characters—Wilde, some rare visitors, and prison staff, with other people who show up as memories, not just in the flesh. Interestingly, the English prisons at the time were based on Philadelphia’s Eastern State Penitentiary, in which prisoners were not permitted to talk. The intent was to inspire quiet contemplation and personal redemption, but instead it drove people mad. So in Act I, Wilde obsessively remembers and reflects, then in Act II he masters his thinking and becomes much freer with his thoughts.

PHINDIE: Who is in the Lantern’s cast?

CM: The whole show is performed by three actors. Jered McLenigan plays Bosie, along with a number of ensemble parts. David Bardeen also portrays multiple characters, including the Marquess of Queensberry. Marc LeVasseur stars as Oscar Wilde; we were happy that he bears some physical resemblance to Wilde, but we cast him because he brought very impressive skills to the reading. It’s a hard character to play; there are a lot of well-known photographs of Wilde, but we don’t know how he sounded. Because he’s such a famous figure in history, people have created their own idea of him, imagined his voice and inflections, and hold hard and fast to their opinions about him; that can make it more difficult than portraying a purely fictional character.

PHINDIE: Can you give us an idea of the aesthetic of your production, especially since Wilde was involved in the 19th-century philosophical movement of Aestheticism?

CM: That’s a big issue for this production. He’s in prison, but at the same time, his memories are not, they’re from his past, outside of his cell. We all know that memory can play tricks on us, and recollections are changed by revisiting them, so that we have to keep track of how much of what we remember is from the real event, and how much we are creating from past memories of it. That’s part of the design, layering the present with bits of the past. He’s in prison, but memories come in. We see the effect in his mind—a mixture of present-day images with a construct of past events, an approximation of what actually happened.

PHINDIE: Who is on the design team?

CM: Millie Hiibel designed the costumes, which will be from the period of Wilde’s life, with a lot of prison clothing. The set by Lance Kniskern will be the cell, but there also has to be some flow between Wilde’s actual location and the images in his mind, so it will be especially challenging for the lighting and sound designers–Shon Causer and Chris Colucci—to take us in and out of that confluence of worlds.

PHINDIE: Is this the first produced play that you’ve written?

CM: Yes, it’s the first full-length original play I’ve done. In this case, it has a psychological dimension that I was eager to try, to create a play out of a mind space. It’s a very difficult challenge, so I’m starting with what is probably the hardest type of work to do on this scale. I’ve done a lot of other writing—editing, adding addenda to existing plays, and adaptations of Schnitzler’s La Ronde and works by Guy de Maupassant.

PHINDIE: Will you be directing your own new production?

CM: Craig Getting [Lantern’s education director], is directing. I wanted to have someone I could trust, who could be another set of eyes and give me good feedback. I think it’s essential to have a strong voice in the room—to talk me out of my craziest ideas, and to support the not-as-crazy ones! Craig is methodical and meticulous, which is a good set of personality traits; his words add a lot of discipline to the process. As a company, we’re moving into some new territory here. In the past the Lantern has fostered new plays by others, like Tony Lawton. It’s very exciting to be able to be a part of helping the growth of artists by offering original work, and with OSCAR WILDE to develop our own new play.

PHINDIE: As the playwright, how is this opening different from others you’ve anticipated as a director, actor, and/or artistic director?

CM: Everything absorbs me completely, so I’m not totally panicked about this. Yet! It’s a whole different approach, but it’s been a lot of fun so far. I sat down with the actors after the first draft was written, and I made changes right off the bat. Hearing the work read is a huge advantage, so I’ve been listening, taking notes, rewriting, and editing. These actors are extremely smart and helpful; I think in general actors are in a good position to give valuable suggestions and to know how a script will play to an audience. You need a responsible team, and we do our best work when people are free to do their best work. I’m there to advise, not to dictate, but in the end, if it’s well received or not, it all comes back to me.

PHINDIE: Should this play be seen as a piece of history, or are there issues that are still relevant today?

CM: I hope so! Some of the broader issues society struggles with are still very relevant. Wilde was in prison for private behavior, and while that seems insane to us, there are still arguments about civil rights—women’s rights, gay rights, the right to privacy–here and now. That’s not exactly what the play is about, but it’s something that has persisted and becomes clear in any story about Wilde. There’s also a universality in wrestling with our fate. His life was a comedy until it was a tragedy, and it’s endlessly fascinating to me that it took the turn that it did; it’s something for all ages.

PHINDIE: What message do you hope the audience will come away with from the play?

CM: Oscar Wilde was an extraordinary person, and his biography, if you were to read it without knowing about him, would seem like an exaggeration. But it’s not. He’s a kind of existentialist hero of modern man, certainly ahead of his times, and an impressive moral figure in his self-examination and his truthfulness about it. That’s always timely.

PHINDIE: Thank you, Charles, for giving us a sneak peek at your new work and for sharing your ideas on this important and engrossing subject. We look forward to the opening! 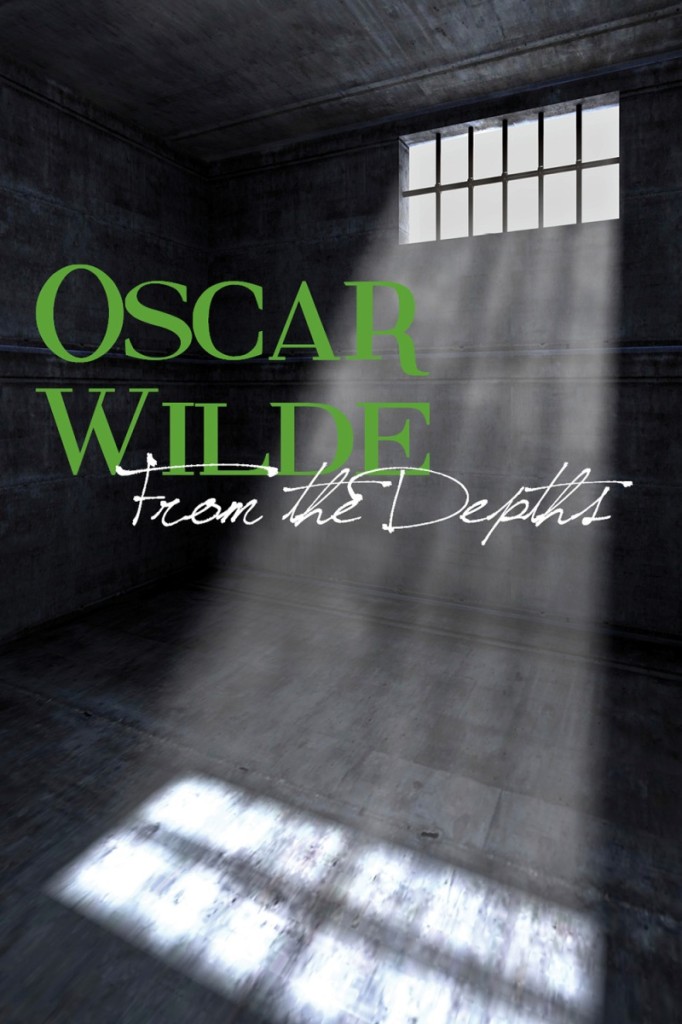