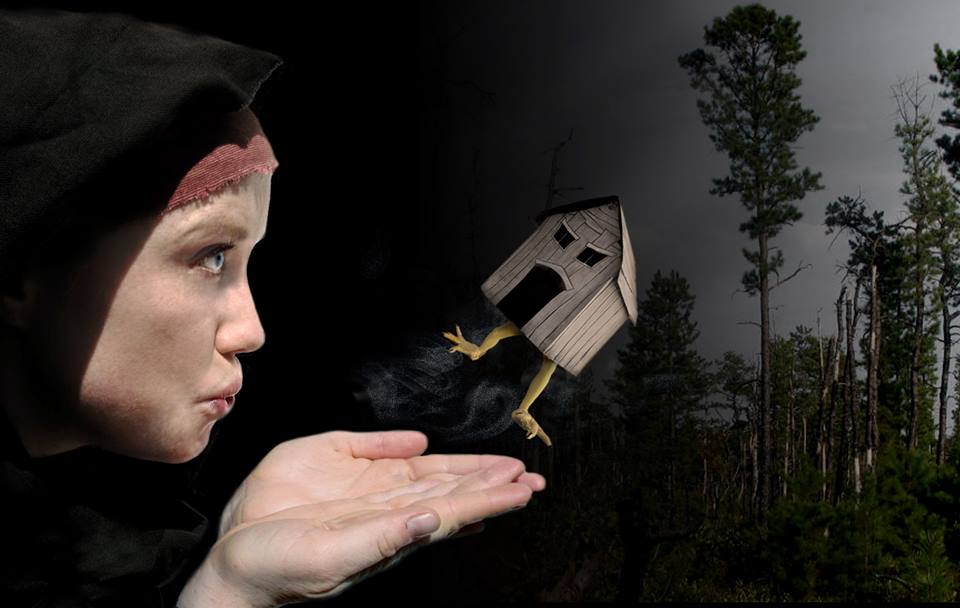 A magical realism play based on a true story could easily be a disaster, but Transmissios Theatre makes the magic happen.

It’s 1978, and somewhere deep in the seemingly endless Russian Taiga, a family lives completely isolated from the world. The parents’ religion inspired them to leave all traces of civilization behind 50 years before. Their youngest children, now in their thirties, have never seen people outside their family…until an expedition to the Taiga happens upon the little family. The father (Lee Pucklis), his two sons (Andrew Carroll and Chris Davis) and two daughters (Kate Black-Regan and Angela Smith) begin to interact with the two strangers (Jennifer Huttenberger and Adam Rzepka) that show up on their doorstep one night. The family’s reactions to the world finding them vary from Agafia’s excitement to Natalia’s horror, but it’s clear that for all of them life will never be the same again.

This is an imaginative, well-written play featuring some truly delightful puppetry (courtesy of ). It looks like it is as much fun to make as it is to watch, and actors across the board do a wonderful job of portraying the comically farcical elements without losing the sense of genuine tragedy. The characters have varying degrees of ridiculousness, but they are never mocked – they remain people with real pain, and much of that owes to the acting. Only towards the end does the play begin to lose some of its strength by engaging in rather straightforward moralizing and melodrama that seem out of place in an otherwise charming production.

A PORCH AT THE EDGE OF THE WORLD runs well over two hours long, which, to the credit of all performers, feel shorter than that. However, both individual scenes as well as the play as a whole could use some trimming. There’s occasionally a sense of the creators being so in love with their own good ideas that they don’t remember to stop before the idea runs out of its magical power. Apart from some minor flaws, this is still a fun and engaging play with quality acting, genuinely creepy puppets and in general a lot of good ideas that are executed well.

Seeing A PORCH AT THE EDGE OF THE WORLD is just what’s needed on a rainy November night to transport an audience into a magical place where everything is more simple—and more complicated.