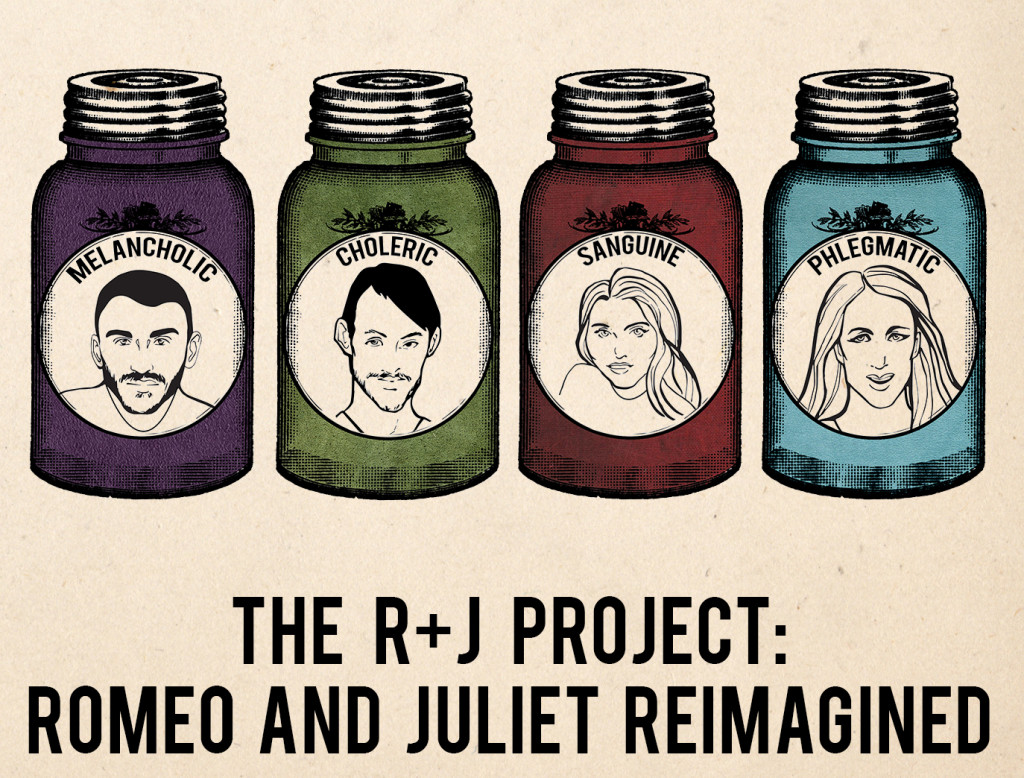 Readers of a certain age will remember the hype around Baz Luhrmann’s 1996 movie Romeo + Juliet, starring then-heartthrobs Leonardio DiCaprio and Claire Danes. Using a modern setting somewhere between Southern California and Rio, and editing informed by early ’90s music video, this movie put Shakespeare firmly in the mainstream of youth culture like no adaptation since. Sure, they rearranged the language, cut huge sections of the text, and altered the ending a bit. But this was Shakespeare for the, er, late-20th century.

The four recent college grads (Matt McWilliams, Julie Hannah, Rusty Allen and Emily Drew) of Madness Most Discreet weren’t even in kindergarten when Luhrmann’s film came out (wait, is my math right? Yes?!  I’m old.), but they’ve chosen the same source material on which to launch their own project “to use Shakespeare’s artistry but without others’ pretension to relate to a younger audience”.

The new company’s The R&J Project: Romeo and Juliet Re-Imagined premieres at JUNK (2040 South Christian Street) March 27-29, 2015.  Madness Most Discreet claims to “utilize innovative performance techniques to recreate Shakespearean style”. They have studied the play extensively, but only minimally rehearsed a series of “tracks” based on the play. At the top of each show, the audience is given the opportunity to choose which pre-conceived track is performed.  Sets, costumes, and even character assignments are malleable. They hope “this emphasis on the unrehearsed inspires fast-paced renderings of the classic text.”

While an artistic comparison of William Shakespeare with your average early-20s improv group would heavily favor one side, Shakespeare has always been open to interpretation and reimagining. When successful, as in Luhrmann’s movie, this can open the plays up to new generations and audiences. It will help if The R&J Project has a young DiCaprio among its cast. [JUNK, 2040 South Christian Street] March 27-29, 2015; madnessmostdiscreettheatre.ticketleap.com.

Interesting fact I found while fact-checking this piece: According to Wikipedia (yes, I was fact-checking on Wikipedia. So?): “Natalie Portman had been chosen for the role of Juliet [in Luhrmann’s film] but, after production began, it was felt that the footage looked as though DiCaprio was “molesting” her. Eventually, Luhrmann agreed that the age difference between the two actors was too great. Filming was halted to find another actress for the part.”