Five Dollar Comedy Week was started by Aaron Nevins and Kate Banford, two Philadelphia-based comedians. Performers include Mary Houlihan and Joe Rumrill in Cartoon Monsoon, a childrens TV show for adults, Brian Finnell who hosts Always Be Closing, where panelists discuss that romance that didn’t happen; and Caitlin Weigel of Just Dance, a dance sketch comedy show. As the name implies, tickets to each show and workshop are just $5.

On Sunday March 25 at 1:30pm, the Five Dollar Comedy Week crew will lead a walking tour around Philadelphia. Comedians take turns making up lies about our greatest landmarks through a megaphone. They promise it will be fun and hope to pick up a large following of mostly bewildered strangers. See here to RSVP or meet at the Liberty Bell and follow the lies. 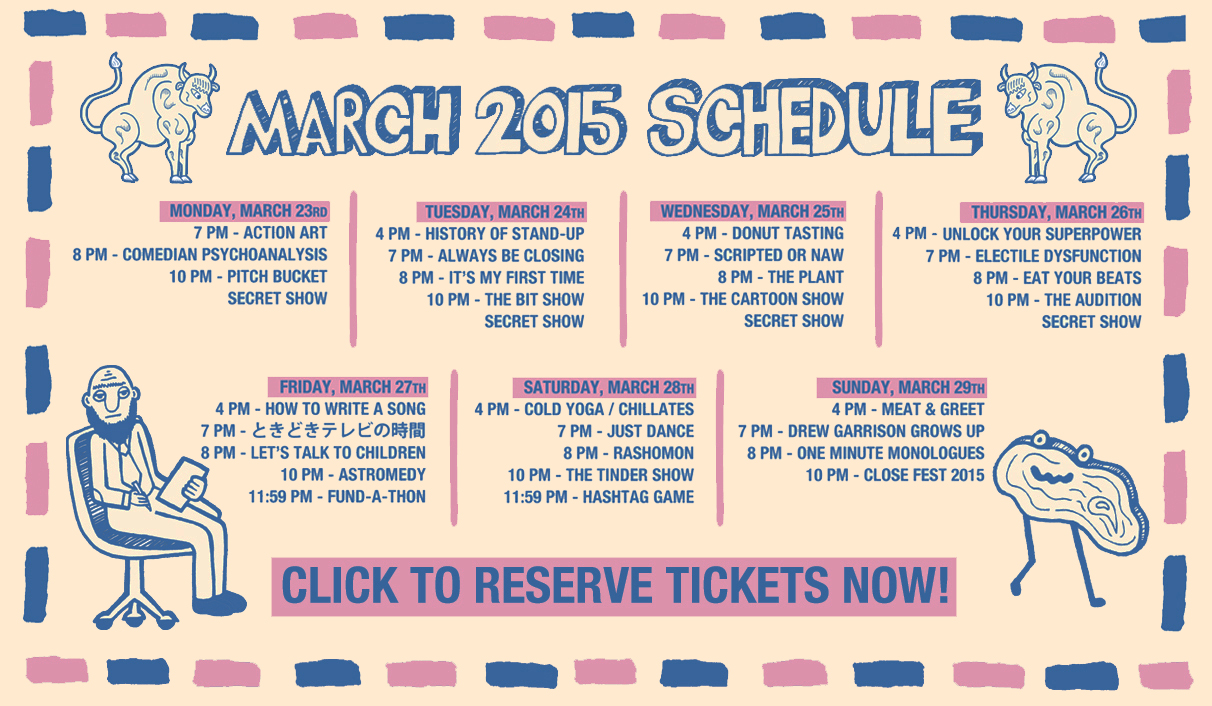