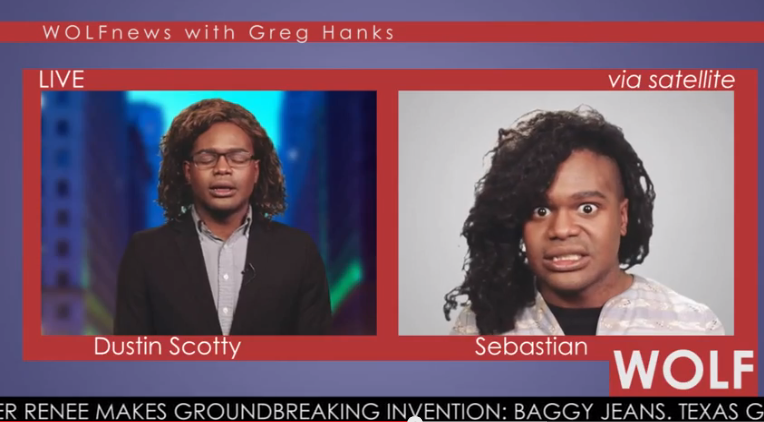 “As we know, artists have it, by far, the easiest in this country, particularly those who are queer and/or minorities,” quips Sebastian, the self-described “most self-absorbed Philadelphia performer”.

Launching a Kickstarter campaign for his upcoming project, Showbiz: Active Terrorism: A Multimedia Musical, Sebastian has created a hilarious faux news video lambasting racism, homophobia, and media vacuity. If the show is going to be this good, it’s worth throwing in a couple bucks.

Check it out, and pay attention to the scrolling text:

One Reply to “Do Not Give This Man Your Money: Sebastian’s hilarious Kickstarter video”