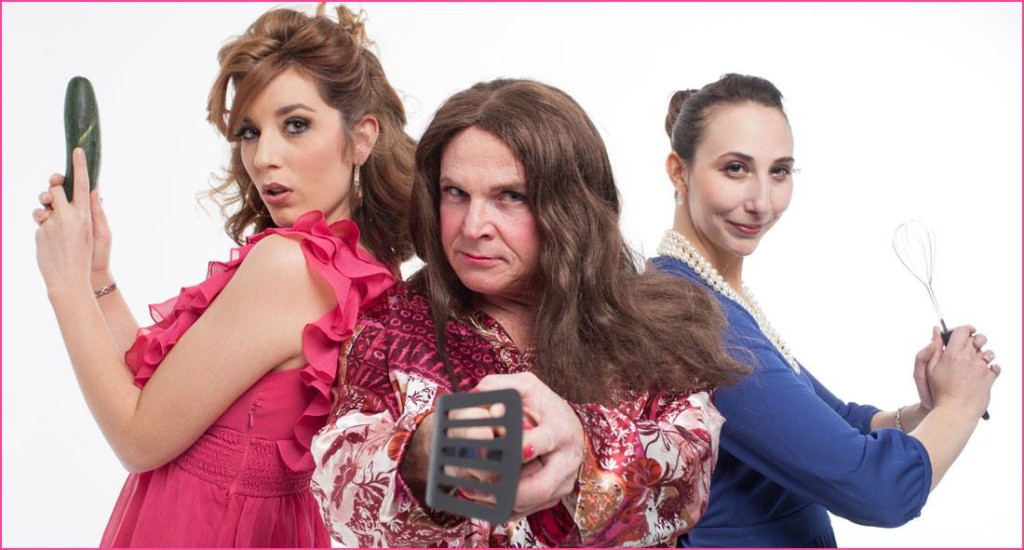 Alil Vardar’s THE DIVORCEES CLUB, a comedy from France, has crossed the Atlantic for its USA premiere at Penns Landing Playhouse. Perhaps it should have stayed.

Bethany (Aileen Goldberg) is an uptight New England divorcee seeking a new beginning and new roommates: southern hick Bridget (Stephen Croce, in drag) and “Jersey girl” Marie (Kellie Cooper). The three women talk about being divorced and put personal ads in the paper, but only Bridget winds up getting a date. And that’s about the extent of the story.

The gem in the production comes from set designer Brian Froojian, who captures a modern Philadelphia apartment you might find on Walnut Street. Alil Vardar’s script is bland; the punch lines groan-worthy. The most enjoyable joke is, “I keep living with you girls and taking those kinds of showers, my titties won’t sag ’til I’m 92”. Hazis Vardar’s direction is vague, with all monologues and punch lines spoken as an aside to the audience, uncomfortably breaking the fourth wall with excessive regularity.

Goldberg’s Bethany is wooden and lacks heart. Cooper plays Marie as written, a borderline offensive New Jerseyite who seems more representative of Staten Island. Croce’s portrayal of Bridget proves that not all drag roles are funny. The three have poor comedic timing, like someone trying to tell jokes at a funeral.

At 90 minutes with no intermission,THE DIVORCEES CLUB comes off as a long episode of a bad television sitcom. [Penns Landing Playhouse, 211 S. Columbus Blvd & Walnut Street, Inside the Seaport Museum] January 14-March 22, 2015; thedivorceesclub.com