Jen Silverman’s play, directed by Pirronne Yousefzadeh, tells the story of a young woman, Noxolo (played by a fiery Aimé Donna Kelly) who has moved to London to escape the dangers of being a lesbian in South Africa, and to pursue the benefits that Western city can provide.

She leaves behind her girlfriend, Pretty Mbane (Lynnette R. Freeman), who we learn over time is the more driven, more reckless, and more political of the two. Pretty is based on Ndumie Funda, who in 2008 started a petition to initiate hate crime laws in South Africa, where women are still “cured” of lesbianism through “corrective” rape. Frustrated by the authorities’ consistently turning a blind eye to this deplorable custom, Funda—and her theatrical counterpart, Pretty—started successfully drew the world’s eye to this issue and pressured the government to institute a number of laws to protect homosexuals.

One big difference between Pretty and Ndumie is that Pretty suffers a gruesome death for her actions. Her girlfriend Noxolo has to discover and process this fact, which becomes the drama of the play. Funda lives, and still campaigns, and is visiting Philadelphia for a convening on January 31st.

The cast is well-chosen. Kelly, as the sympathetic core of the play, brings a stalwart confidence to the role, focusing on the Noxolo’s stubbornness rather than naiveté. A tightly-written script lives well on this lips of these actors, whose characterizations of the various political opinions involved in the issue are direct and clear.

Yet I walk away from Jen Silverman’s drama about cruelty in Africa—and the feebleness of Western solutions and sympathies—feeling as though I’ve sat through a dramatized lecture. 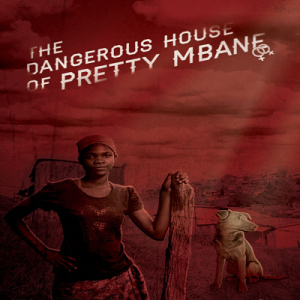 Silverman’s script is tightly written, clear, and clean. Every line, it seems, advances the story in one way or another. Though the issue of the play is processed through a love story—the only way, our artists assure us, that we can relate to difficult issues—Silverman doesn’t tack extraneous scenes on to advance that story. The love is very smartly melded into the action, which binds itself tightly to the issue.

In its perfection, it fits sweetly into the typical structure and concerns of contemporary American theater.

Though this is a play which depends on the emotional reactions of its audience—it’s a story of trauma, cruelty, and the power of love, and drew more than a few tears last night—Silverman has clearly processed and reprocessed the emotional content many times before putting it to the page. There is no room for spontaneity or true horror here. The characters are perfect articulations of various political perspectives, told in broad strokes. And every character says exactly what they mean to say articulately, even the murderous ones, never losing control of their words or their intentions.

The production follows suit. There is a sense that from interaction to interaction, characters know not only what they are about to say, but also how the other is going to reply. They maintain control over themselves, even when events are uncontrollable. Anger is measured, and when insults are slung, the slinger knows exactly how they’re going to affect the target.

This emotional stability extends to, honestly, absurd lengths. Pretty Mbane, who spends the play speaking from the ditch in which her body was tossed, in a kind of afterlife-world, speaks glibly about her murder, even while struggling to remember her name, her identity, and the manner of her death. Play and production lose no opportunity to keep the presentation reasonable and palatable.

Even the Western journalist (played with charm by Ross Beschler), who has to learn the hard way that English swagger and English solutions won’t cure African problems, and who suffers more than a few insults from the others, is so unbelievable naive to the troubles of the developing nation that even a vaguely conscious audience can’t take his troubles personally.

It has been compared to We Are Proud to Present . . ., which Pirronne Yousefzadeh also directed at InterAct last year, and which explored Italian genocide in Namibia in the early 20th century. But that play, though it lived entirely in the West, concerned crimes which are far less immediate, and depicted young Westerners coming up against their own potential for cruelty (rather than Africans dealing with cruelty dealt directly to them), managed to discover with much more honesty and insight the emotional reality of human crime. [Main Stage, Adrienne Theater, 2030 Sansom St.] January 16-February 8, 2015; interacttheatre.org.