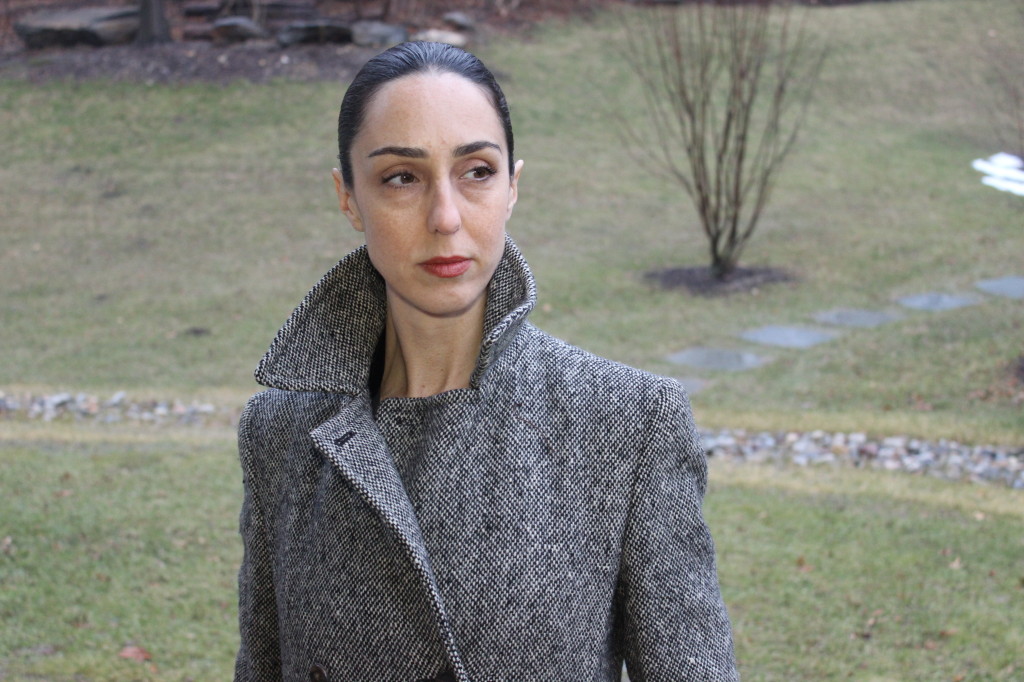 It has been twelve years since Deborah Crocker, cofounder and producer of SmokeyScout Productions, appeared on stage. After training with The Barrow Group under the direction of Seth Barrish and Lee Brock, she danced professionally with Ballet Hispanico and New York City Opera and performed in the national tour of A Chorus Line and Man of La Mancha at The Goodspeed Opera House, among other credits. She left the stage, moved to Philadelphia (where she worked for PA Ballet and Koresh Dance Company), and launched SmokeyScout with husband-playwright Josh McIlvain. And now she returns to the stage in McIlvain’s The Beauty Of The Program Is, about an empowerment seminar speaker who taps into her audiences’ leadership capabilities and emotional vulnerabilities and helps set them on a path to greatness.

The Beauty Of The Program Is forms part of Nice and Fresh, SmokeyScout’s monthly pop up performances of new performing arts. Held at the Philadelphia School of Circus Arts in Germantown, January’s performances span theater, dance, and circus arts. Murmation Theater‘s LOOKS LIKE EVERYONE HAS LEFT by Jessie Bear considers when it time to finally sell your childhood shit. The new work by the creator of Murmation’s acclaimed 2013 production Makeshift features talented young actors/company members Nell Bang-Jensen, Brian Ratcliffe, and Isa St. Clair. Craig Getting directs.

Also on tap is skilled local performer Melissa Krodman, fresh off The Sincerity Project at FringeArts, who combines acting, movement, and wicked humor in Sunny Days with Seaside Simon, about a curious and smart young boy from a small village in southern England who learns lessons on life, love, loss, forgiveness, and kite flying.

Fittingly for a performance in a circus school, Touch and Unwind Rewind will feature creations and performance by Tangle Movement Arts, the all female circus company that mixes traditional circus like trapeze and acrobatics with dance, theater, and live music to tell multi-dimensional stories.

Tickets to Nice and Fresh January are only $7 (“the price of a sandwich”, as they say), with complimentary beer and wine. [Philadelphia School of Circus Arts, 5900A Greene Street, Germantown] January 30 (8pm) and 31 (6pm & 8pm), 2015; smokeyscout.com; Tickets: nice15.brownpapertickets.com.