In 10th grade, my American History teacher (Ms. Roach) led a simulation/role-play dealing with “company towns”.  We were all workers who took a job mining or manufacturing or whatnot in a remote location.  We all worked for the Company, lived in Company houses, and shopped exclusively at the Company Store.  During each round of the game, we might get pregnant or injured, choose to marry, or our rents/prices might go up.

The point of the game, of course, was to realize it’s rigged.  The Company controlled wages and the price and supply of goods.  Almost everyone quickly fell into debt-slavery, unable to leave while owing the Company money, unable to afford the ticket (on the Company train) back to where you came from.  The only worthwhile strategy was to marry immediately and consolidate to one household.  If both spouses worked, avoided injury and pregnancy (both random events in the game), you could break even for a little while.
A pretty weak “best outcome”. 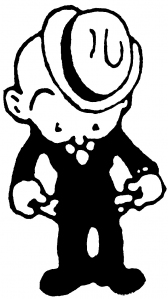 Lately I’ve been thinking about that “worthwhile strategy” in regards to making a living as a theater artist.  Too many of my colleagues can’t afford to get sick, and certainly can’t afford to start a family. An interview with Charlotte Ford (revealing she’s stepping away from theater to go back to school for speech pathology) seems to have sparked a vigorous public debate about how difficult it is to make a living as an artist, and what can be done about it.

I’ve seen an understandable response of “this is new news?” on Facebook from older artists.  That it’s always like this. That we all have to do something else for money. That there’s a long history of people walking away from the arts, especially at major life milestones.

I’m not sure what’s different this time.  Perhaps it’s the tightening and changing funding landscape(part of Charlotte’s motivation), or the fact that some Philadelphia institutions are in the news for financial challenges as well (specifically, Philadelphia Theatre Company and the Prince Music Theater).  But whatever the reason, we’re getting press about it (both about those of us who are leaving/transitioning and those who are staying and forging ahead).  More people will hopefully read and understand.  The conversation is out in the open.  And I have to believe that a public, collective conversation will get better results than not having that conversation.

When I was a senior in college, the Northwestern Theatre Department realized that they weren’t doing much to prepare us for the “Business” side of Show Business (a lot of colleges still fall short on that, it seems).  NU’s stopgap solution was to invite some industry professionals to a few salons on different topics.  The most memorable one for me was on unions.  The three-person panel represented SAG, AFTRA, and Actor’s Equity Association.  There was talk about the possible SAG/AFTRA merger, and explanations on how to join each union and what their roles are in an actor’s career.  Like you’d expect. But then the AEA member dropped a bomb on the conversation: for the last year he had data for (probably 2003 or some fiscal year around then), the average earnings for an AEA member from union work only totaled $6,000. 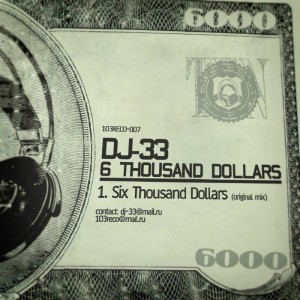 Now that average figure includes Equity members who have little or zero earnings because they mostly do film and TV, or mostly direct, or they’ve basically retired or moved on to other careers but haven’t given up their union membership.  But even if you shave those data points off the bottom, how much could that average possibly rise? Even if it doubled, that’s still only $12k a year.

When I first moved into Philly after college, I ushered my ass off.  I wanted to see who was doing what kind of work.  It was a necessary education.  I saw a lot of talented performers, many of whom I saw regularly all over town, including at the larger theatres.  Years later, I’d meet and befriend some of these talented, hardworking folks, and be puzzled that they (sometimes) lived in a crappy house with 4 other people and complained about being broke all the time.  “But you’re successful”, I thought to myself. “I saw you at the Wilma.  How can you be broke?”

That was also a necessary education.

Clearly I had forgotten the $6000 figure.  And I’d forgotten that the “show at the Wilma” was four years ago.  I’m no longer confused by talented, locally-famous people being broke.  It’s hard at almost every level, I realize now. It’s still a bit strange to look up to and envy the careers of people who are still struggling, though.

So it’s always been tough, and people leave every year.  So what’s different this time? Perhaps one thing is there seems to be more of an effort to change things for the better than I was aware of ten years ago.  I just finished reading a new local book “Making Your Life As An Artist”, available as a free PDF.  I don’t agree with 100% of its contents, but I highly recommend it.  I plan on reading it once a year, and I hope to take action and change myself from it.  It challenges the standard poverty narrative and busy-busy-busy narrative of many artists.

Also, some Philadelphians organized a large conversation on Sustainability on June 23rd that was directly sparked by Charlotte Ford’s interview.  I went, and was inspired that different ways, better ways, are possible.  I hope the initiative can gain momentum and solve some of these problems.  The video of the two-hour conversation is available, along with links to other resources (click the square with three lines inside in the Upper Right corner to open the menu).

Reading the book and attending the event on Sustainability has made me think and dream about what actionable steps could help the community.  Hopefully that will be my next post.  But I’m off to sit outdoors and enjoy some Shakespeare.