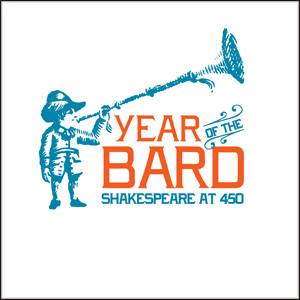 Carmen Khan has devoted much of her life and professional career to Shakespeare. She is well known to the Philadelphia theater community as the founding artistic director and long-time executive director of The Philadelphia Shakespeare Theatre, where she has directed numerous productions; she ranks TWELFTH NIGHT, PERICLES, KING LEAR, THE TEMPEST, and OTHELLO among her favorites. Under Khan’s leadership, the company has received a total of eleven Barrymore nominations, an award for Outstanding Supporting Actor (John Zak as Caliban in THE TEMPEST), and a resolution from the City Council of Philadelphia in 2008, recognizing the positive impact of its educational and community programming.

Khan received a Bachelor of Education from The University of London and a Master of Fine Arts in Acting from The Catholic University of America in Washington, DC. For seven years she was a company member of The Hip Pocket Theatre in Fort Worth, Texas, where she worked as an actor, dancer, and mime in over 26 productions. She was a co-founder of The Laughing Stock Theatre, and, in 1993, became the artistic director of The Red Heel Theatre, founded in Philly in 1989 and initially dedicated to productions of the English classics. Three years later Khan rebranded it The Philadelphia Shakespeare Festival, with an exclusive focus on the works of Shakespeare. In 2008/09, in conjunction with the company’s board of directors, she instituted another name change, to The Philadelphia Shakespeare Theatre, as a better reflection of its programming.

Since its inception, the company has produced over 40 plays, and expanded its offerings to include a lecture series featuring world-renowned Shakespeare scholars, a Shakespeare School Tour, and a Classical Acting Academy, which provides intensive training for emerging actors, culminating in a free summer Shakespeare production for the public. As a result, The Philadelphia Shakespeare Theatre has reached over 40,000 high-school students and approximately 70,000 adult audience members. This year, Khan and her company will celebrate the 450th anniversary of Shakespeare’s birth with a production of one of The Bard’s most popular works, ROMEO AND JULIET, and a full slate of supplemental programming and collaborations.

Phindie: Why did you decide to focus your talents and energy exclusively on Shakespeare?
Carmen Khan: I had a teacher when I was fourteen, in a terrible place in London; she introduced me to poets, sonnets, and Shakespeare. I was an at-risk kid, I should probably be dead—I was surrounded by drugs and violence, both in and out of the home. But my teacher put me on the right path. I began performing, I took classes, and that led me to where I am today.

Phindie: What is your main goal in producing the works of Shakespeare for Philadelphia audiences?
CK: I firmly believe that every great city needs a great Shakespeare theater. You might as well ask, “Why Da Vinci? Why Beethoven?” In our community we have a world-class art museum, orchestra, and ballet, so we also need a world-class Shakespeare theater, to represent the pinnacle of expression of the English language.

Phindie: I always say that masterpieces are masterpieces for a reason . . .
CK: Yes! Shakespeare’s work is still relevant, still contemporary; it is truly universal, and should always be available and accessible.

Phindie: Is that why it’s important for Philadelphia to have a dedicated Shakespeare theater?
CK: Every time we thought about doing other playwrights, my husband (Jack Armstrong, who co-founded the company with me and is active on the Board) and I decided that we wanted to be the best at what we do. That requires focus; it’s almost like doing a Ph.D. for twenty years. Shakespeare needs, and deserves, to be the sole focus, his work is so multi-faceted. We find something different every time we do one of his plays; it’s like a never-ending symphony—we’re always hearing new notes.

Phindie: Why did you decide to produce ROMEO AND JULIET for the 450th anniversary year of Shakespeare?
CK: I have a sixteen-year-old daughter, so the theme of self-determination in an increasingly complex world is of special importance to me, and, I hope, to everyone. The children and teens of our city, finding their way, are our future, so I want to examine their struggles as they face adulthood. They’ll be our ‘globe.’

Phindie: Are the director and cast confirmed?
CK: Many are. David O’Connor, who directed CYMBELINE for our Classical Acting Academy in the summer of 2012, will direct. Akeem Davis, making his debut with us, stars as Romeo and Victoria Rose Bonito [Viola/Cesario in The Philadelphia Shakespeare Theatre’s 2012 production of TWELFTH NIGHT] returns as Juliet. Also returning are J Hernandez [who received the Phindie Critics’ Choice Award for Best Supporting Actor of 2012-13 for his portrayal of Iago in The Philadelphia Shakespeare Theatre’s OTHELLO] as Mercutio; Caroline Crocker as Lady Capulet; Dan McLaughlin as Tybalt; Isaiah Ellis as Benvolio; and JJ Van Name [who does The Philadelphia Shakespeare Theatre’s dialect coaching in addition to acting] will play the Nurse. It’s a large ensemble, so other roles are still being cast. And many of our regular designers are confirmed: Vickie Esposito (costumes); Maria Shaplin (lights); Louise Grafton (props); and Mike Cosenza (fight choreography). Michael Kiley will do the sound, as well as create original music for the production, and the set will be designed by Dirk Durossette, both of whom are new to us.

Phindie: What approach are you/they taking as far as the artistic design, time, and setting?
CK: David O’Connor is setting it in the future, to explore the mechanistic society that the young protagonists rail against. The set will focus on urban decay, but it will hold an aesthetic appeal, there will be beauty in it—so it’s a synthesis of the declining older generation and the freshness and beauty of the city’s young people.

Phindie: In addition to your main repertory, The Philadelphia Shakespeare Theatre has also offered a summer Classical Acting Academy since 2009. What does it entail?
CK: Prior to founding the Classical Acting Academy, there was no immersive Shakespeare experience here in Philadelphia. We offer a six-to-eight-week training program, always with a seasoned director; all the others involved are talented young professionals. At the end of the session, we present the results of the training—a fully staged Shakespeare play, presented free to the public. It’s not easy to do, because we want a quality production, not just a free show, so the approach is very professional. Not only does it help the Academy students in their careers, well beyond the two-month session, but it gives them on-stage experience (this year’s show is LOVE’S LABOUR’S LOST), and it provides us with main stage actors who understand the demands of Shakespeare, who can do the meter, who comprehend the language, the themes, and the emotions. We’ve had some excellent emerging talents come through our Academy, including Johnny Smith and Sam Sherburne, and we’ve cast many of them in our subsequent main stage repertory.

Phindie: What other events do you have lined up for 2014?
CK: We’re holding a love sonnet competition, which will be judged by a panel of nationally and internationally recognized experts; the four winning entries will be performed in our production of ROMEO AND JULIET. And we’re planning a family therapy session for the Capulets and Montagues, conducted by Dr. Dan Gottlieb of WHYY’s “Voices in the Family,” similar to the one we did with J Hernandez as Iago in 2013. I’ll be directing a Fringe show, iHAMLET, by a South African playwright; it’s a one-man show, with the other characters represented by props (for example, Gertrude is a pair of red high heels). In October, we’re bringing in Akala, an artist from London, for a “Hip-Hop Shakespeare” event, and we’re partnering with the Philadelphia Museum of Art, the Free Library, and other organizations on additional projects that are not yet fully developed. Plus we have more offerings in our lecture/performance series, “Shakespeare in the World,” featuring experts and scholars. So it will be a very busy season!

Phindie: What future projects are you looking forward to at The Philadelphia Shakespeare Theatre?
CK: I would love to revisit KING LEAR, which we haven’t done since 2002. I want to do ANTONY AND CLEOPATRA when I find them—I need the perfect actors. I am forming a vision for THE WINTER’S TALE, and I have a dream to present the entire Wars of the Roses series, which would be a huge undertaking. And I have never been completely satisfied with our past productions of MACBETH, so I hope to re-examine that tricky work!

One Reply to “Celebrating Shakespeare at 450: An Interview with The Philadelphia Shakespeare Theatre’s Carmen Khan”