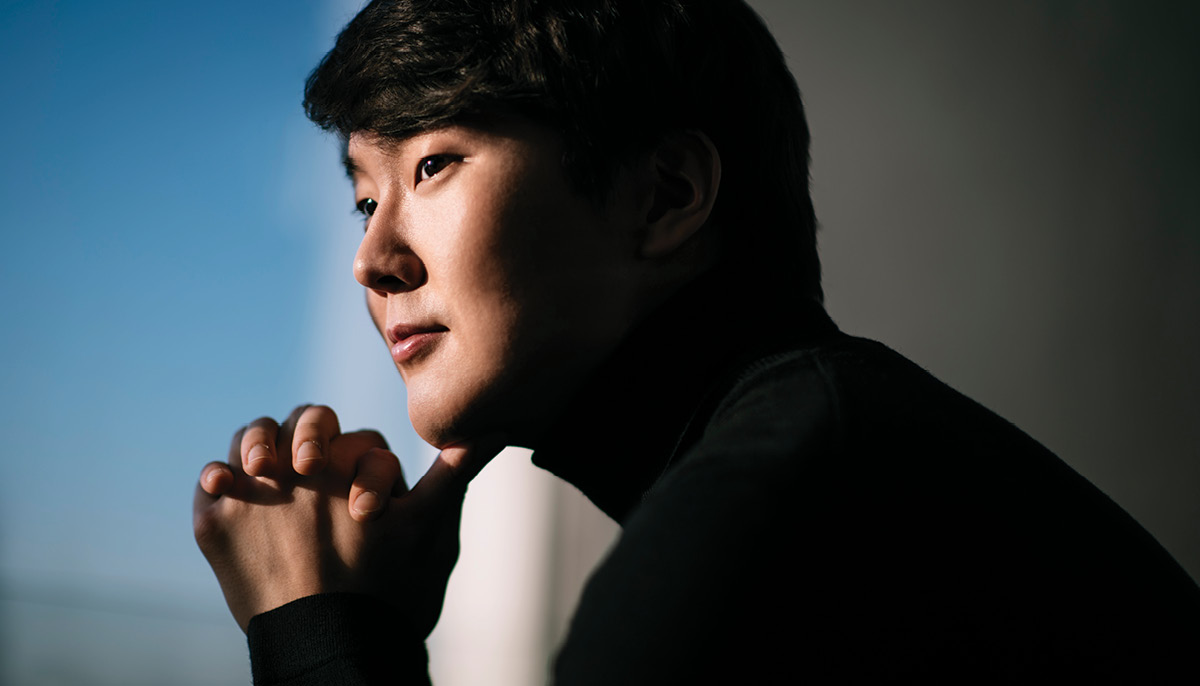 It was just minutes into the performance, but the crowd at Verizon Hall was already overcome. The Philadelphia Orchestra under Yannick Nézet-Séguin had just carried the first movement of Farrenc’s Symphony No. 3 to its booming conclusion. But in the wake of the last chord, the audience did not honor the custom of holding itself in reverent silence until the end of the symphony. In spite of ourselves and untold decades of concert hall precedent, we burst forth in applause.

And who could blame us? The Third Symphony is nearly two hundred years old, but only over the past decade or so has composer Louise Farrenc begun to emerge from a long stay in relative obscurity. It’s likely that most of us have never even heard her work on Spotify, let alone live in concert. And Yannick, well known as an advocate for reviving the works of unjustly overlooked composers, keeps the first movement at a rolling boil from the moment the strings race onto the scene following a short, light intro by oboe & co. Yannick and the Philadelphia Orchestra appreciate the classical grandeur of Farrenc’s score, and they lay into it with gusto befitting its long unacknowledged status as a masterpiece.

Not everyone applauded. The folks in the pricier seats at orchestra level were mostly silent. The couple sitting in front of me turned around and offered a look to the clapping masses. I couldn’t tell if they disapproved, but they weren’t smiling and they weren’t putting their hands together. They left after intermission.

After the first movement applause died down, Yannick waited for complete silence to begin the second movement. And I do mean complete—he wouldn’t raise his baton even if someone’s pant legs were rubbing together way up in the 700 level.

And I can’t say I blame Yannick, either, for wanting to give the music its space. The second movement of Farrenc’s Third (marked adagio cantabile—slow and singing) starts off full of morning light and forest-bed calm. Even when the strings pipe up and flex their muscles, they do so with religious fervor, as if what they’re singing is a passionate hymn of praise and gratitude. The key marking on this symphony—G minor—might direct us back to Mozart’s Symphony No. 40, the “Great G minor symphony,” and its lilting, tuneful second movement. One of the wonders of Farrenc’s Third is how she directly confronts her historical competition. She knows that her work can stand among the giants of the canon, even if it will take a couple hundred years.

We applauded after the second movement, too. In fact we applauded after every movement of Farrenc’s Third. Not a perfunctory applause, delivered out of a sense of obligation and ceremony. We couldn’t help ourselves.

After intermission came the main event, Brahms’s Piano Concerto No. 2. (A century and a half after her death and Farrenc is still looking for top billing.) Soloist Seong-Jin Cho enjoyed a round of impassioned applause after each of the first two movements, and would’ve gotten the full Farrenc treatment if Yannick hadn’t fused the final two movements so seamlessly together. If the goal of the No Clap Rule is to leave the music undisturbed and keep the tension intact, he’s wise to do so.

Yannick and Cho find the emotional core of the Brahms in the third movement. It starts off lighter than air—music for a better-than-average sunset, swimming along on a lyrical melody led by solo cello. We wonder how the piano will manage to butt its head back into the frame; how can its percussive nature blend with the smoothness and crystal delicacy of the strings and winds? When Cho arrives on the scene, it’s clear that he’s now competing with the orchestra rather than being supported by them. The long, haunting intro has set the terms, and now Cho has to rise to them.

This isn’t anything Cho can’t handle. He’s been dominating this whole time, and it’s striking to watch him having to earn center stage back from his supposed backup band. The opening piano chords of the third movement are hesitant, apprehensive, like Cho is auditioning for a role in the show he’s already in. The first cello, speaking for the orchestra, is unsure about this match. Both play sweet chords of longing, questions spoken to (or maybe past) one another. They’re basically star-crossed lovers, each knowing that their union can only end in tragedy, or at best in some kind of bittersweet compromise.

And that’s ultimately where we arrive at the end of the third movement, with the soloist and orchestra leaning on each other’s shoulders, resigned to an uneasy truce. The tension between the two is at its most heart-rending here, and while the happy-go-lucky finale feels a bit like whiplash after that, I prefer this hard left turn into a happy ending for our lovers over cutting the tension with applause. The third movement speaks for itself, and its statement is best left hanging in the air.

Maybe some of my fellow-travelers at orchestra level left Verizon Hall baffled, wondering why everyone kept applauding between movements. I wonder why we don’t do it all the time, and I wondered that even before the performance began.

Obviously the “rule” in classical performance about holding your applause until the end of the piece rather than applauding after each movement is not always observed—hence the scare quotes. I caught a PhilOrch performance of Tchaikovsky’s Symphony No. 6 last spring under Nathalie Stutzmann that drew ecstatic applause after its molto vivace third movement. And especially in concertos, where you’ve got a virtuoso soloist shredding their ass off in a tux or a ball gown, it feels awkward and borderline rude to just sit there like nothing just happened.

For people like me, whose musical education was more Stratocaster than Stradivarius, sitting still in the presence of great music—or even good music, or even music that someone dragged you out to see that you’re not really into but you wanna be a good sport—runs counter to nature. At the close of the Brahms, Cho got a well-deserved standing ovation and more curtain calls than I could count, plus an encore. It was a fitting close for a night of high drama and scene-stealing virtuosity. But I’m glad my compatriots and I didn’t hold our applause until the end, especially during the first half of the performance. Louise Farrenc has waited nearly two centuries for her day in the mainstream sun. Why not treat her like what she always should’ve been: a rock star.