Alabama native Garrett Turner is playing Ike Turner in the national tour of Tina: The Tina Turner Musical. Garrett shared some insight into his character and preparing for the role.  In addition to his numerous theater credits, Garrett is also a scholar who holds two master degrees.

Debra Danese: What was the first play or musical that made you fall in love with theater?

Garrett Turner: The first play I ever did was Charlotte’s Web in my senior year of high school. I played Templeton the rat and I got exit applause when I was slinking away after one of my scenes. I think that’s when I fell in love with it.

DD: What was your audition process for this role?

GT: I was seen twice in person- once by casting and the associate director and once by the entire team (directors/producers/music supervisor). The crazy thing is, often for a role of this magnitude, you’re asked to audition three or four or five times. The fact that they only needed to see me twice told me they really trusted me and my work.

DD: What interesting fact did you learn about Ike Turner while researching this role? 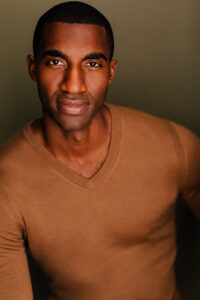 DD: Do you approach the character portrayal differently when playing a real life person as opposed to a fictional character?

GT: I love the fact that Ike was a real person who actually accomplished so much! Sometimes when you play the villain, it feels like someone dreamed up some twisted character just to be evil. It’s easy for those characters to feel two dimensional.

Ike grew up as a Black man in the 1930s in Clarksdale, Mississippi. He pulled himself and his friends out of poverty to international acclaim. There’s so much nuance to dig into in terms of the trauma he underwent and caused; but also the heights he climbed. I did alot of research by reading his autobiography and biography, listening to his discography, watching every video of him I could find, studying his voice, and reading Tina’s autobiography. Every bit of info I could uncover was important.

DD: What is your favorite scene in the show to perform?

GT: There’s a scene in the show when I propose to Tina. I think it’s my favorite scene because it’s also my most complex scene. There are so many layers of manipulation and victimhood; but also of true love and affection. It’s a real challenge to tackle that scene every performance.

DD: Have you ever had the opportunity to meet Tina Turner?

GT: I have never met Tina Turner, but I would absolutely love to!