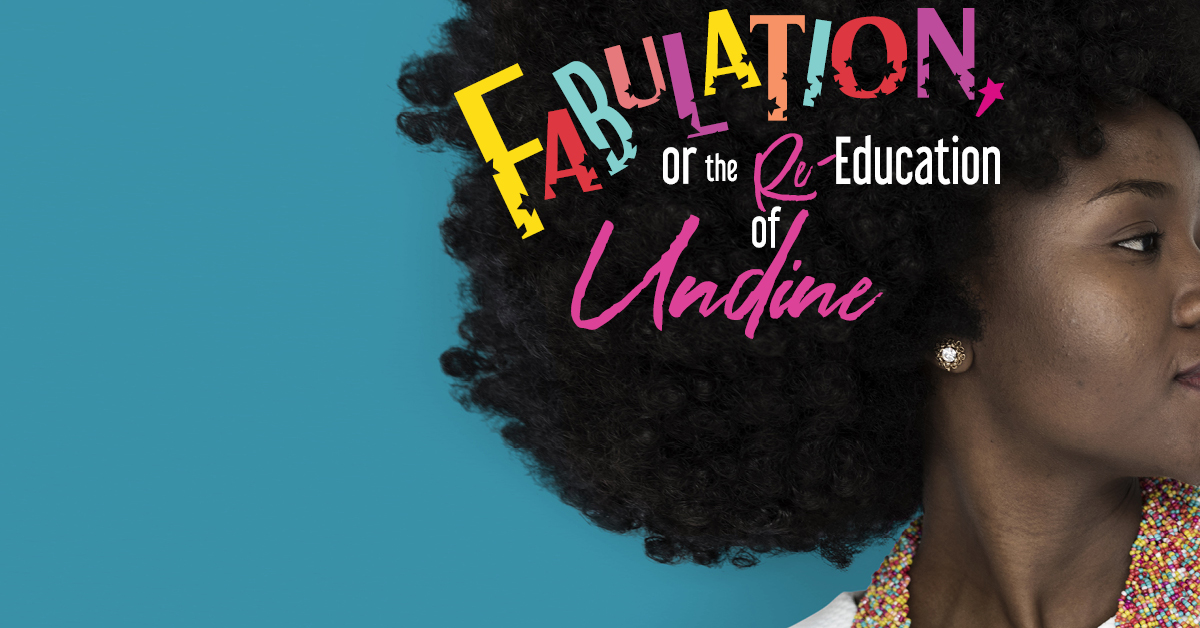 Satire is a wild and wooly medium: too much and it becomes a cartoon; too little and the point is lost. The great playwright Lynn Nottage knows how to “sustain the complexity,”to use her words, so that this funny play with a serious agenda works. The Lantern Theater’s production, under the direction of Amina Robinson, skews to cartoon in the first act and to realism in the second, but works nevertheless.

We meet Undine (the excellent Angela Bey) as the high-octane executive of her own company, a “boutique PR firm catering to the vanity and confusion of the  African American nouveau riche.” She is demanding, ruthless and self-important; she is, in other words, riding for a fall.  Her husband, Herve (Zach Valdez) is a sexy creep who steals all her money and vanishes from her life, leaving her pregnant and broke. (I remember their breathtaking tango in the original New York production; alas, this production’s  tango sheds no light on why Undine fell for him.)

And so we have the set-up as we discover that Undine has re-invented herself with a new name and a supposedly dead family, now thoroughly alive and vivid. This fabulation—a fable and fantasy of identity— becomes the play’s subject. With nowhere else to go, Undine goes home, exploring “the full range of rage” as she meets her old girlfriends from high school, the infuriating Social Services beaurocracy, and the various well-meaning characters in her weekly meeting.

The identities of the cast become another layer of this exploration of identity, as the actors reinvent themselves in role after role throughout the show, with quick costume changes:

Tanesha M. Ford as the heroin-addicted Grandma,  Kishia Nixon whose hands are a whole vocabulary of meanings, Gregory Isaac as both addict and doctor, Marchael Giles, as Undine’s brother Flow who has been writing an epic poem for fourteen years, Ebony Pullum, as her mother and Kash Goins as her father.