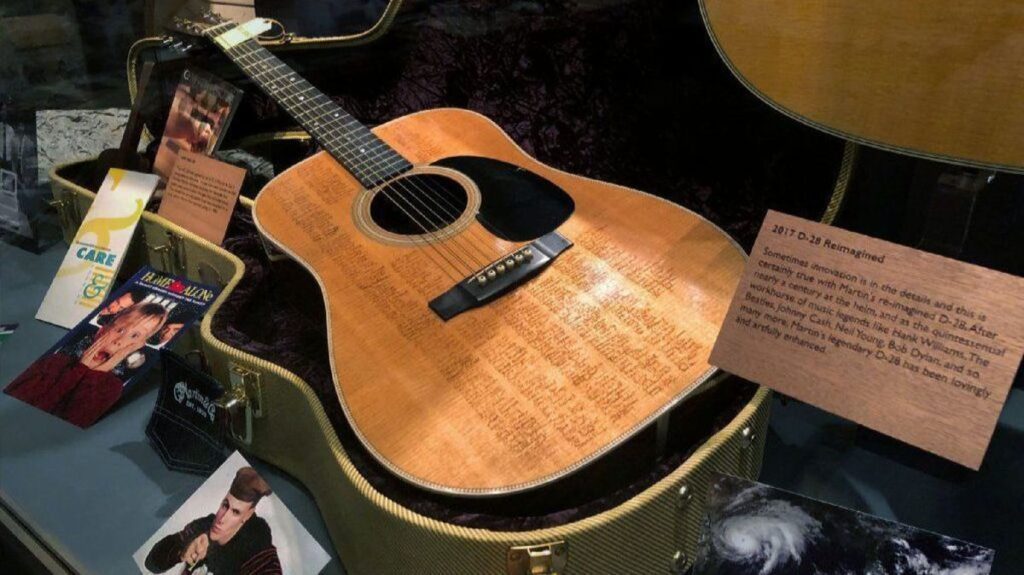 There’s this particular song that has become an integral part of your repertoire. Every time you have an opportunity to play in front of an audience, you make sure to include this in your setlist. You can even play it without looking at the song sheet.

But upon watching one of your recorded performances, it hits you: your guitar was squeaking all over the place. How did you not notice this before? Do you need to buy a new guitar? Do you need to refine your playing technique?

In this post, you will learn how to get rid of guitar squeaks.

3 reasons why your acoustic guitar squeaks

Many newbies, and even those with intermediate experience, are caught by surprise hearing their guitars emit a squeaking sound.

But why does this happen exactly?

There are three main culprits for this sometimes annoying sound. First, you often hear your acoustic guitar squeak when you slide your finger along any wound strings, which are also known as the bass strings. Squeaking can occur whether you apply pressure on any of these strings or not.

Squeaking sounds usually occur when you transition from one position to another. As you move your right fingers up or down the fretboard, you will hear your instrument squeak.

Why you weren’t hearing guitar squeaks before

Your guitar has likely been squeaking for quite some time, but you have barely noticed it. Perhaps, it was only after hearing your recorded performance that you became aware of that issue.

But why didn’t you hear it before?

When most guitarists play their instruments, there are two things that they hear. First, you hear the sound produced by your instrument. Second, you hear what you think your playing sounds like.

If you do not pay close attention to the actual sound your guitar makes and shift your attention toward how you envision it to sound, you might miss a lot of mistakes and unusual sounds that your guitar produces.

If you want to truly master your instrument, you have to strike a balance between the two types of listening. Aside from consistent practice, you also have to be mindful of the sound your guitar produces, allowing you to truly hear the sound that your instrument produces.

Now that you understand why your guitar squeaks, you can now focus on solving the problem.

One of the first things you need to do to eliminate annoying squeaking sounds from your guitar is to modify your fretting technique, especially when using the wound strings.

Squeaking usually occurs when you move from one note to another. As you make that transition from one note to the next, you create a squeaking sound by releasing your finger from the string too quickly.

After that, you can move to the next note.

Implementing these changes in your fretting technique can be frustrating, especially if you have how to play guitar differently.

But if you truly wish to improve as a guitar player and eliminate squeaking noises while you are playing, you have no other option but to change the way you play guitar.

It helps to slow down the way you play your instrument, at least at first. Playing slowly will help you unlearn a few bad habits you may have picked up over the years. It will also help eliminate muscle memory from the equation.

When you play a song slowly, even if you think you have already mastered it, you allow yourself to examine the connection between notes and catch yourself when you make mistakes, including squeaking sounds.

Now, when you know which notes produce squeaking sounds, you will be able to finetune your playing technique until it comes naturally to you. It may be frustrating at first, but you will understand the value of playing slowly over time.

Use your finger’s puffy pad

If you have been playing the guitar for quite some time, you have likely developed callouses on the tips of your fingers. Unfortunately, callouses can sometimes cause squeaking sounds.

Instead of using your fingertips, use the puffy portion of your fingers. This portion is softer and can mute scraping and squeaking sounds.

However, use this technique sparingly because your fingertips are more accurate and require less energy.

Alternatively, you can turn your fingers so that the sides touch the strings. This is particularly helpful if you are sliding along the fretboard. Like the puffy pads of your fingers, their sides are softer and can mute squeaking sounds.

Finally, you can borrow a technique often used by lute players: lick your fingers before sliding them across the fretboard.

It may look gross, especially when performing in front of an audience, but it works. If you are keen on trying this technique, incorporate it during practice and find parts of the song where you can remove your fingers off the fretboard to lick them.

And no, you don’t need to drool over your fingers. You can just brush your fingertips against your lips.

Although it is possible to remove squeaking sounds from recordings through software, it is infinitely better to modify the way your play your instrument.

This way, you will get a consistent sound from your instrument, whether you are playing in a recording studio or in front of an audience.