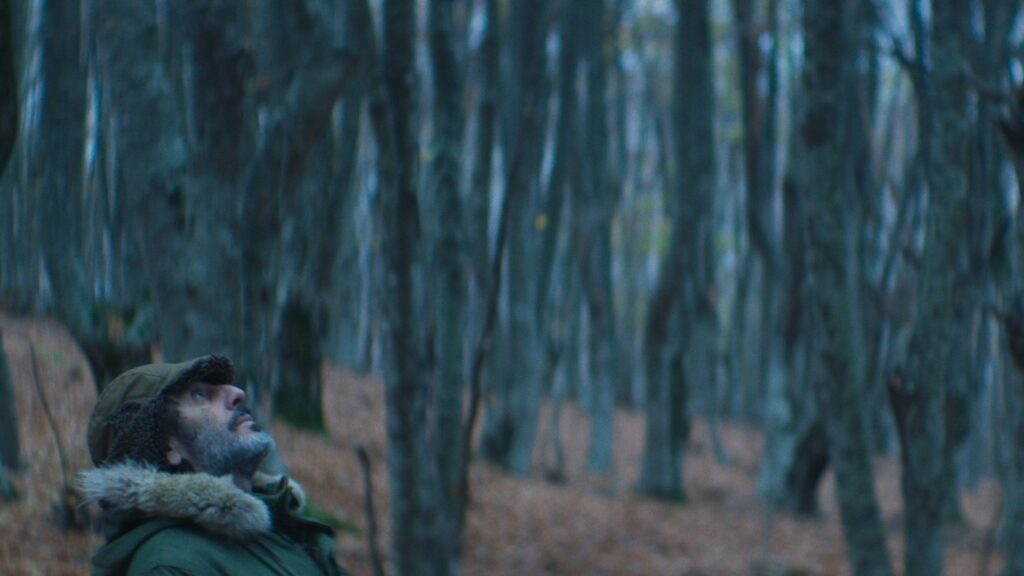 Billed as a sort of nouveau western, Digger takes place in a region, the existence of which never crossed my mind, mostly because it betrays my shamefully ethnocentric views of world geography: The forests of Greece. So no, this does not look like a western in the classic sense, but dips into plenty of the themes inherent to the genre: Land ownership, family legacy, the altruistic application of violence, and, my favorite, “dad shit.”

Decades after leaving home with his mother, Johnny is back to visit his father, Nikitas, who still lives on the farm where Johnny grew up. Johnny comes with bad news: his mother has died, and he is here to split the inheritance with his dad so they can go back to being estranged. While in town, Johnny finds that most of the locals have taken up work with a mining operation that aims to destroy the land where Nikitas lives. Unfortunately for the company, the stubborn Nikitas is unwilling to sell his land, and is very willing to put up a fight to save it.

Digger has a warm, oaken tone that it frequently interrupts with a chill, both tonally and literally. The result is a movie that makes the viewer feel cozy, but never fully comfortable. Safe for the moment, but ready to run when the shit hits the fan. This feeling is congruent to Nikitas’ daily life, which makes it easy to be empathetic to his plight — and the film makes no statement as to whether or not selling the land would be a moral good. So rare is it for a film to land on “it’s complicated,” and how lovely it is when it does.

While I’m not sure where I stand on calling this a western myself, I can see what the intention is in doing so. What I can say is that Digger is a very entertaining window into an unfamiliar world, filled with familiar characterizations of real, devastatingly human people.