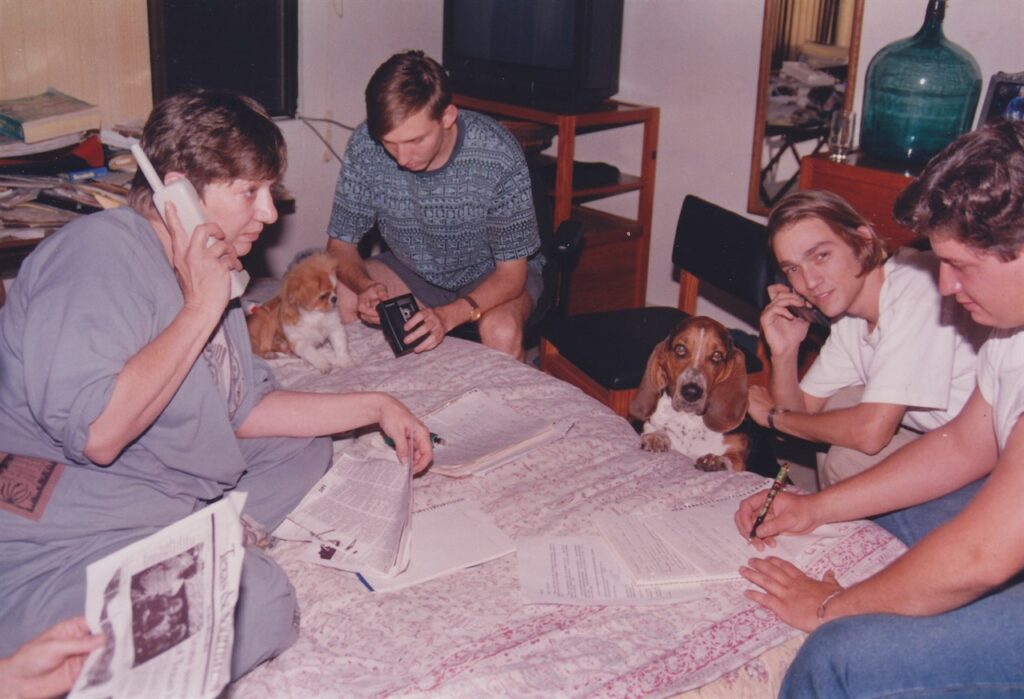 Back in 1994, an American agricultural scientist and journalist was kidnapped by Colombian guerrillas. This sort of situation is typically a hopeless one, with the kidnappers milking as much ransom money from the family of the victim as is possible before taking the life of their captive anyway. When Hargrove was taken, his family decided that this would not be their patriarch’s fate. No, they would work together to bring him home safely and quickly. The thing is, since the kidnappers in any situation have the ultimate bargaining chip, the Hargroves had to pool every resource they had to get even the slightest edge over their new enemies.

Miles Hargrove, one of the victim’s sons saw fit to keep his camera running for the entirety of the negotiations with the captors, and it’s his unprecedented footage that makes up the entirety of Miracle Fishing. There is some narration from the folks involved, but there are no talking heads. What we see on screen is entirely genuine, and it also functions as a sly time capsule into the early ‘90s.

It’s an intense story that resembles what we see in a standard thriller, but being real life, there are plenty of aspects that, while logical to the situation, aren’t something we’d ever really think about. For example, the Hargroves had to work through a translator, who had to contact the kidnappers at certain times on certain radio channels in order to be heard. Also, these negotiations aren’t instant. The film itself covers almost a year of struggle, and a lot of what needs to be done is simple waiting. In these periods of waiting, Miracle Fishing treats us to a family in crisis that finds love, joy, and strength in any place they can. Their fortitude is admirable, and a real treat to see writ large.