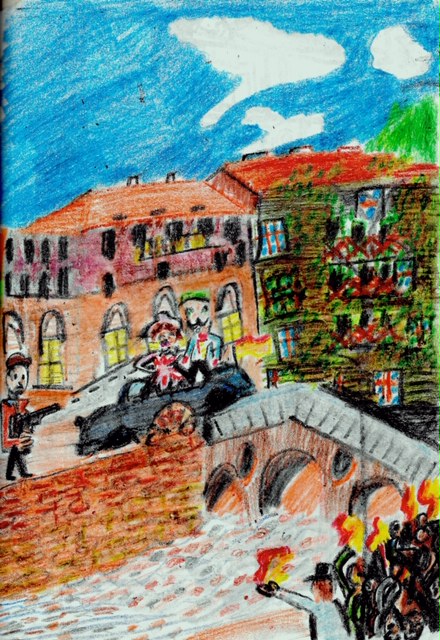 Today we are celebrating the lives of those who have fought for our country. A brave soul moves before us. But how does this day change our ideas about agents of change in a global world? It is not difficult to imagine the Cold War when we have seen media attempt to justify one perspective. A control over the message in the event of propaganda strategies are happening all the time over social media and television.

Today, veterans all over the world need to be acknowledged. A movement has happened with the World Veterans Federation. This association of veterans that saw war across Europe stands for a message of peace for all victims and veterans of war. In 1950, an assembly of agents with representation all over the globe created a committee of members. If there was ever an “international peace-keeping organization,” it would be a perspective on democracy, political conflict, and the effects of war. By acknowledging the experience of veterans in the actions bureaucratic leaders or resistant fighters, such as Andrew McCabe, or Robert Mueller, we respect all levels of service for a humanitarian cause. Their story is a descending narrative about democracy, specifically in intimidation, fear, and public shaming that we face in a new digital era.

The organization of war veterans extends a list of association to nationalist and liberation military groups. For instance, the start of World War I, in Sarajevo where Archduke Franz Ferdinand of Austria-Hungary was assassinated. The whole world was involved when 19-year-old Gavrilo Princip shot and killed the archduke. World Veterans Federation speaks of peace, but in memory of this movement, a growing experience in suffrage, emergencies experienced because of inhumane acts, and considering all acts of bravery is important. Forces in active duty are mostly recognized but we should also take into account, some kind or to some sort, a level of civilian activism. Bravery in our military, forever protecting our freedom can be heavily conscious among us all.

Another World Veteran Federation example is the Soviet Officer, Vasily Arkhipov. It is known through the Cuban Missile Crisis film memorialized him as The Man Who Saved the World. The commander of a Soviet submarine that held a thermonuclear weapon and who deterred the decision to start a nuclear war.

Recognition for keeping peace as an action, not to say activism, honors the World Veteran Federation. The tension in controlling peace becomes an important characteristic of the WVF mission. Veterans are leaders conditioned by aggravated forces to keep the peace because of unforeseeable sufferings. Even Gavrilo Princip who could not restrain his frustration, unknowingly led to World War I and even greater threats. That is to say, “none speak more eloquently for peace than those who have fought in war,” said Ralph Bunche, Nobel Peace Prize, 1950.