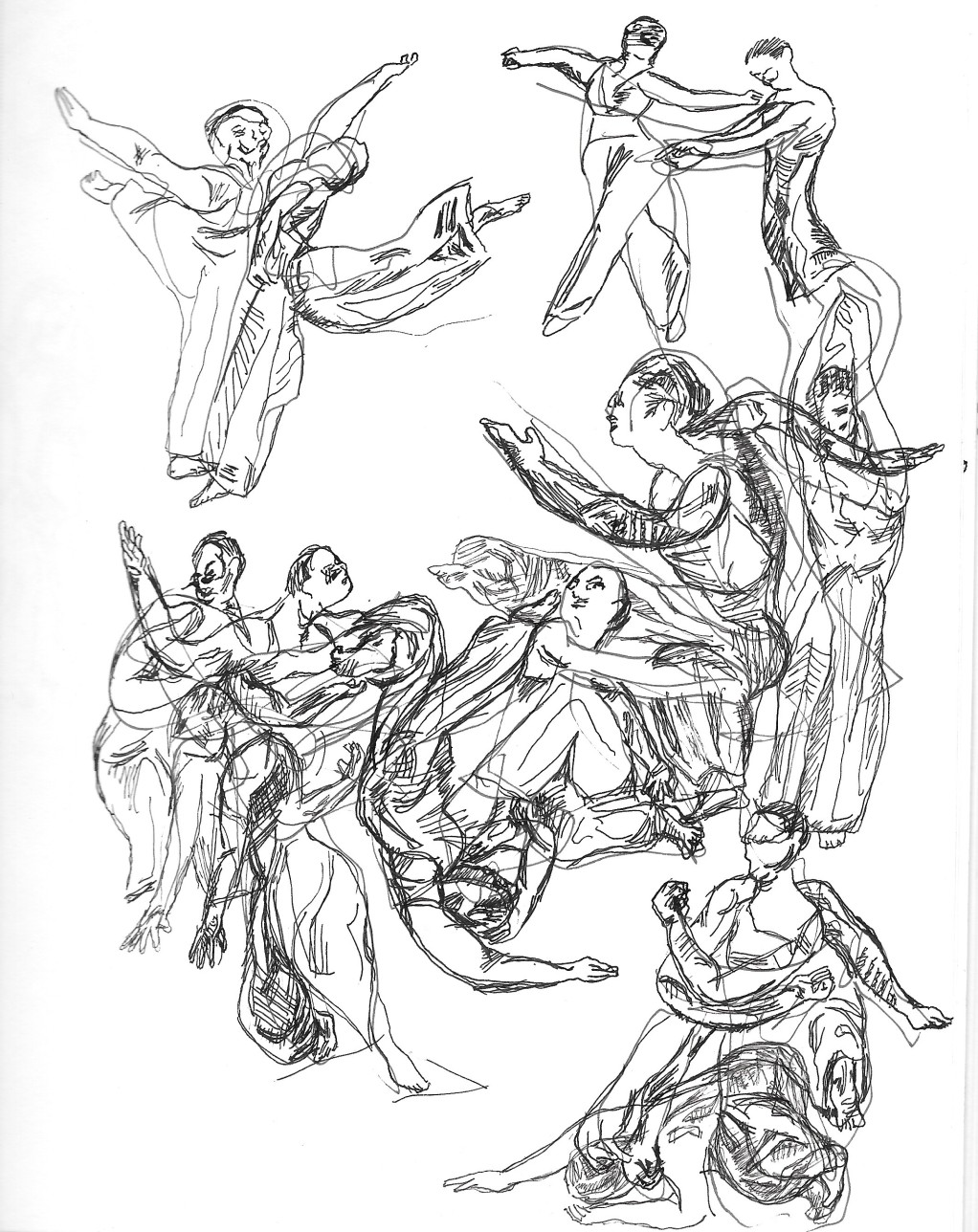 The Philadelphia dance scene was glorified by Philadanco’s Joan Meyers Brown for having some terrific dancers. Kun-Yang Lin/Dancers is one of those terrific gems. The repertoire of Kun-Yang Lin showcased at the Annenberg showed how the art reflects a relationship with the world around us. Beginning with CHI, performed by the whole company, we perceive the blue sky and clouds as the nature we all share. It is the way we move through this nature that sets us apart from each other. 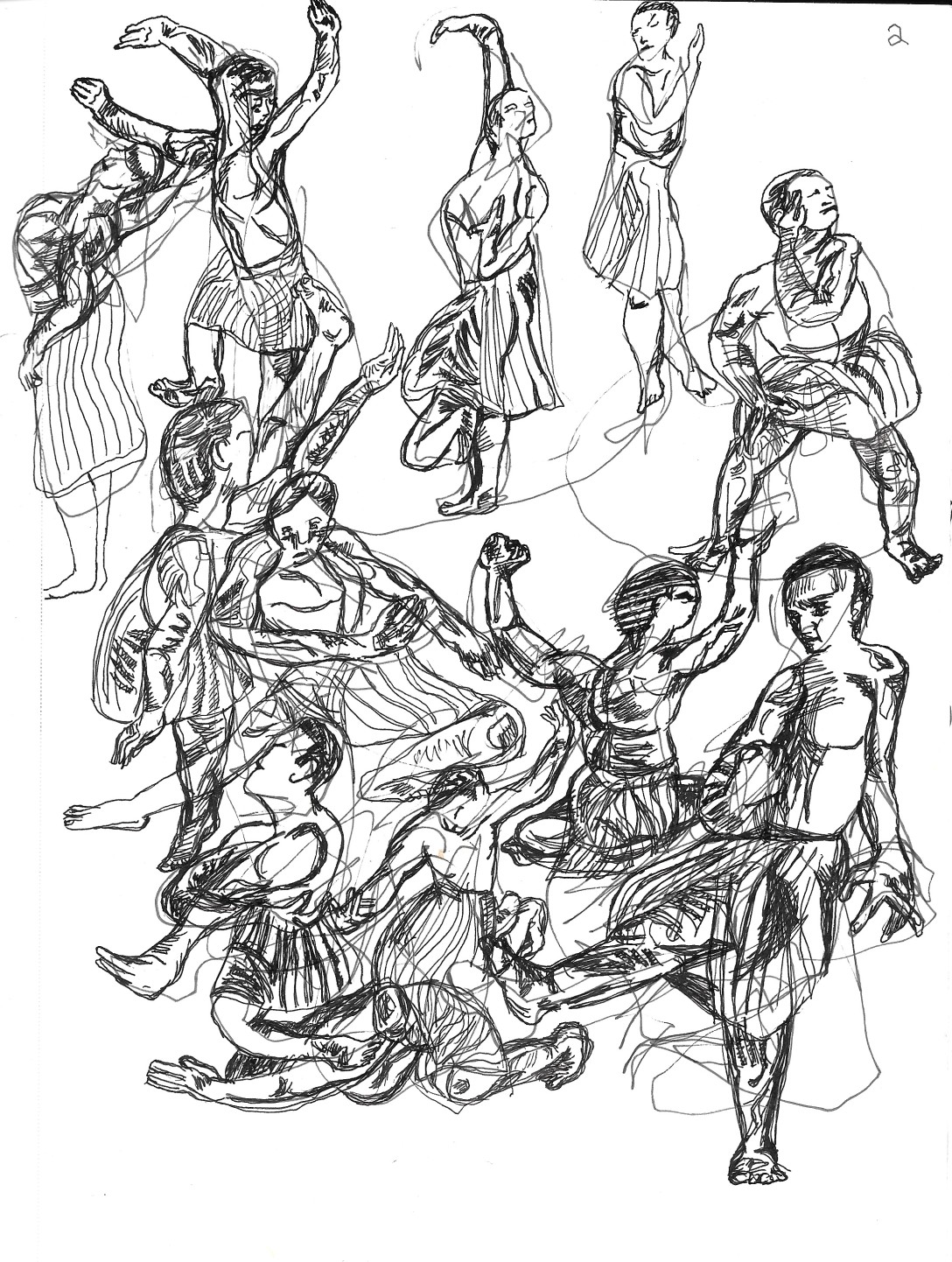 The next piece MOON, performed by Liu Mo, for instance sets the stage for a dark outer space. The hard edged figured moved into the light, creating a weight that moved slowly into a sound by stomping, but they appeared more like a massive meteorite that was sound with a colossal outer space. Physical dance and splashes of color and light address the full turn of events through Lin’s path as a dancer. Zooming in on Lin’s early work, there is a serious exploration of the forces around us. Whereas, in the second half we find that the powers of color and censorship are in our hands, and in that thought, Lin’s later pieces moved toward an open relationship with nature. 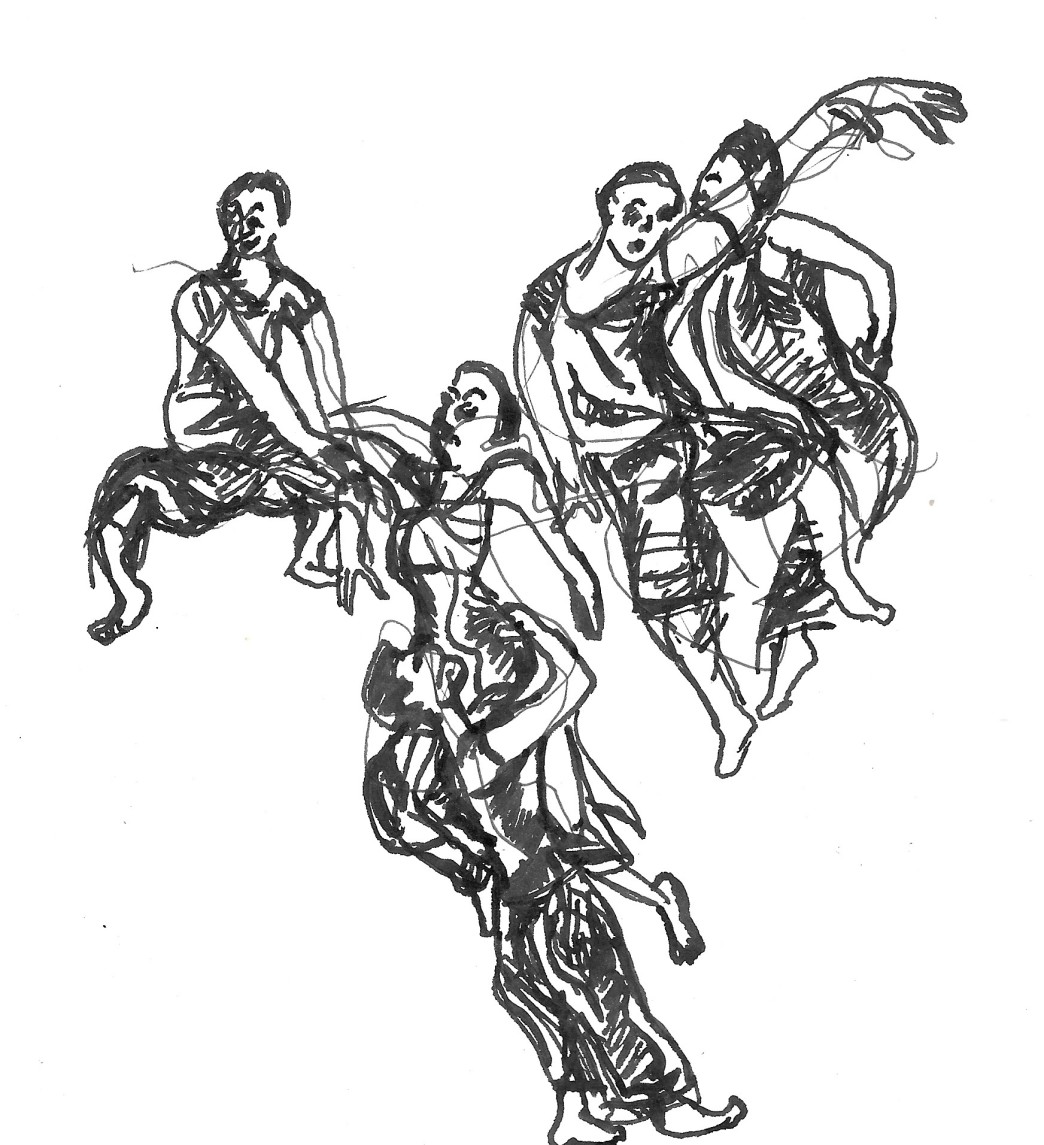 The third dance of the evening, was FROM THE LAND OF LOST CONTENT, and it portrayed duets that brought the bodies closer and into orbit with one another. Lin’s foundation of core movements provide us with an idea about a larger world. In LAND OF LOST CONTENT the color fields emit an emotion in a backdrop on stage: 1. Pilgrimage, 2.Compassion, 3. Our Land, 4. Hope, 5. Faith. What is lost, and where are we coming from in Lin’s exploration of his identity in his dances? The purple screen behind the dancers during “our land”, the green screen behind “hope”,and red screen behind “faith”, featured key parts to how we should perceive the lift that occurs in “pilgrimage” at the beginning. Compared to the red lights that end the piece during “faith,” the dancers leave us in a trans; they leave their bodies, the land, and reach outwards. This piece transformed a noise, a breathe, or an energy that raised my attention to the polychromatic stage. 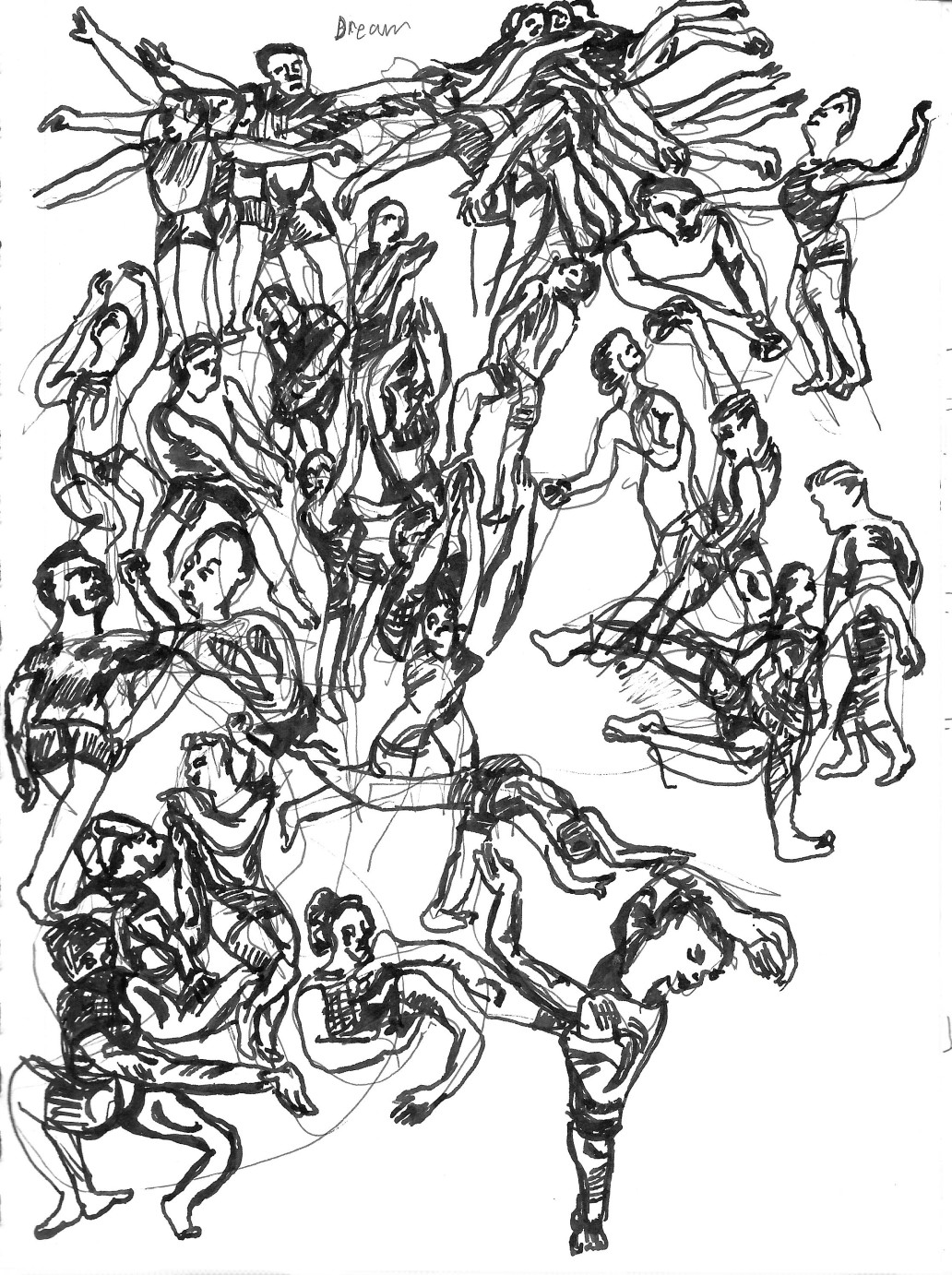 After Intermission, in DREAMSCAPE we reach a sense of modern dance which we can conceive from the dancers black costumes made up of slight changes designed to the individual dancer’s style. The dynamic relation of figures blend together and adapt to parts of a larger organism. The meaning of DREAMSCAPE was a distance unfathomable, intrinsic, and detached from formidable structures. The presentation of visible and invisible constructs, such as, sexuality, performs in this black hole of identities dancing around an indecipherable mass. 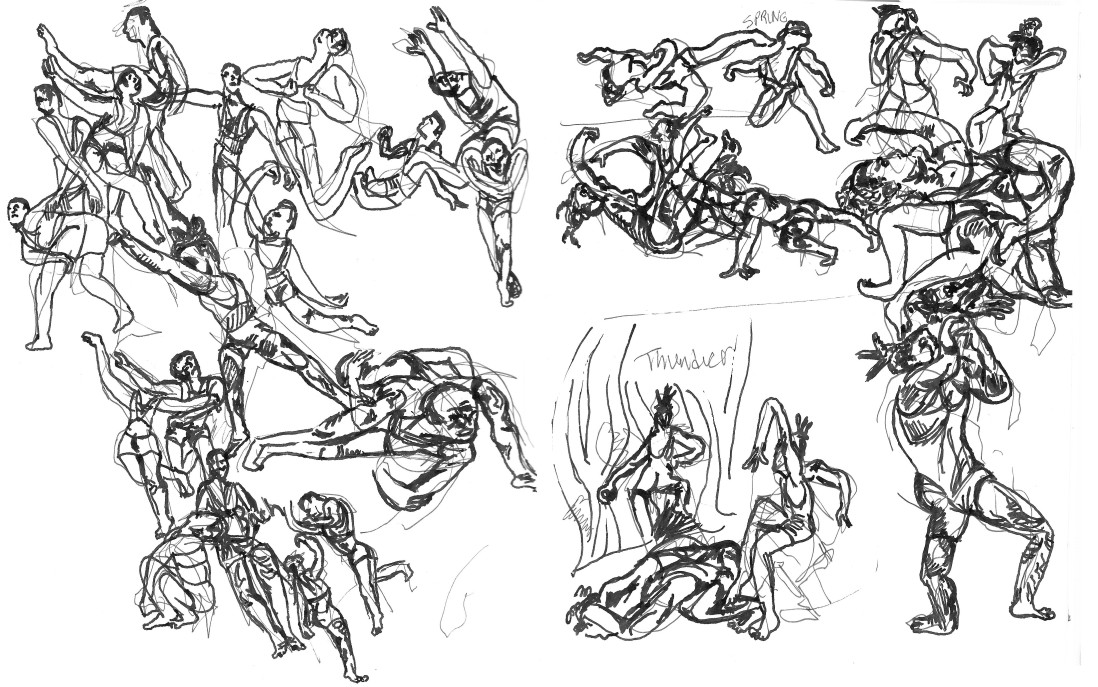 Ending the KYLD event with a world premiere called SPRING 101 reminded me of an iridescent light shining on a crater with life crawling out of it. More like running and learning to walk again, the classical music of Bach was like turning the light on after a very long time of being in the darkness. It is interesting how these pieces have changed since the open studio series last month. The dance kept its humor while indulging in the color and individuality of KYL/Dancers. The indecipherable form in the last piece seemed to be uncovered in this dance, an insatiable field of flowers. Dancers performed duets, and solos that grew more distinct; a dancer mounted on the shoulders of another dancer in a golden light at stage left slowed down time. SPRING 101 moved in and out of the music, signaling a serious-comedy about the flowers in spring.