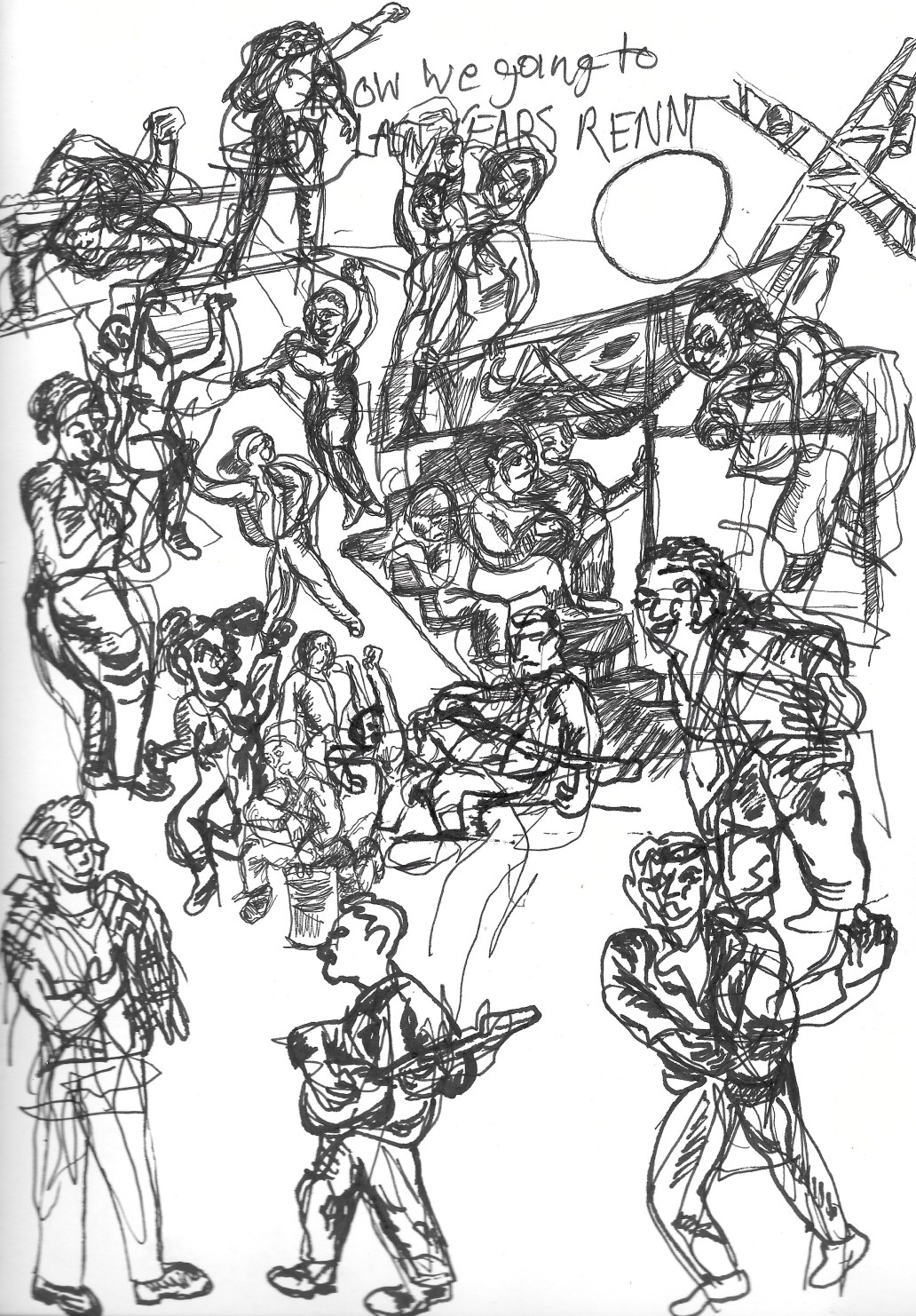 The Merriam Theater delivered us to a warehouse with a scaffold, and junk clung to an off kilter panel suspended in mid-air, what seemed to be falling down was a shining sign made of reflective metals, stage lights, and a bicycle. RENT was a tight stream of musical numbers about the ephemeral life of a dark adherent living in New York city during the middle of winter. The AIDS epidemic was undermined by the heterosexual society and left little empathy for a victimized group of innocent people. The fate of the homosexual community, and a growing drug culture in the 1960’s appropriately characterized the artistic and licentious charades which resemble La Boheme by Giacomo Puchini. 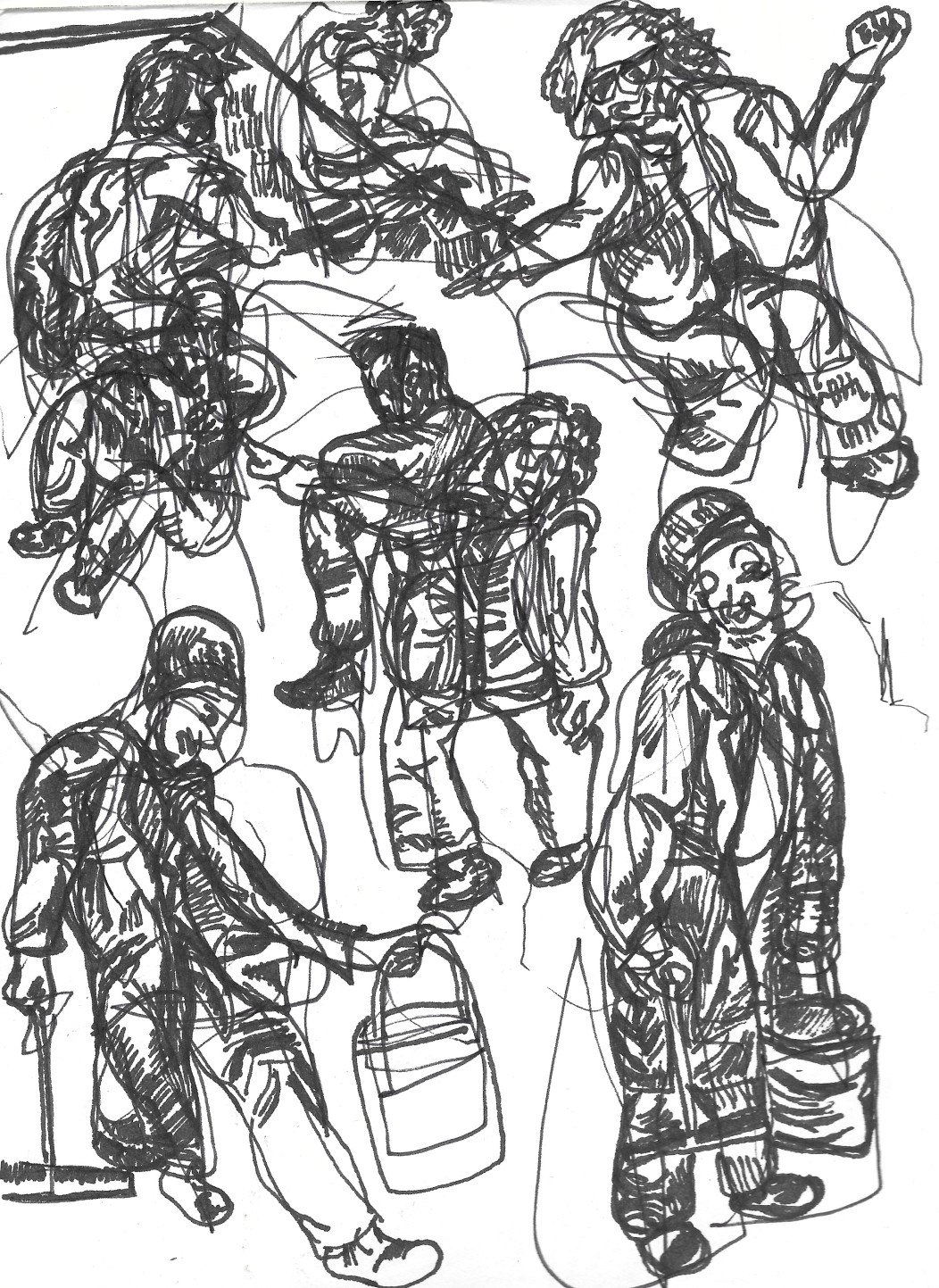 We meet the whole Company in the second piece, called “Rent”, which described the story of seven friends, who do not have last month’s rent, and they are about to be evicted. The sobering musician, Rodger, played by Cody Jenkins, a sulky, inward aggression hunched over a guitar, and the individuality of the posse behind him evoked a colorful crowd. The hype man, for lack of a better word, Benjamin Coffin II, played by Marcus John, took us into the artist studio as if we were on a tour. A crowded factory party staggered along the fire escape, on a balcony, or under the balcony the sound system was visible on stage. The color dissipated into darkness. Throughout, references to the slow killing disease, whether it was based in early 19th century (La Boheme) Tuberculosis, or in the modern “Broadway smash hit,” RENT, fighting AIDS for equal rights. 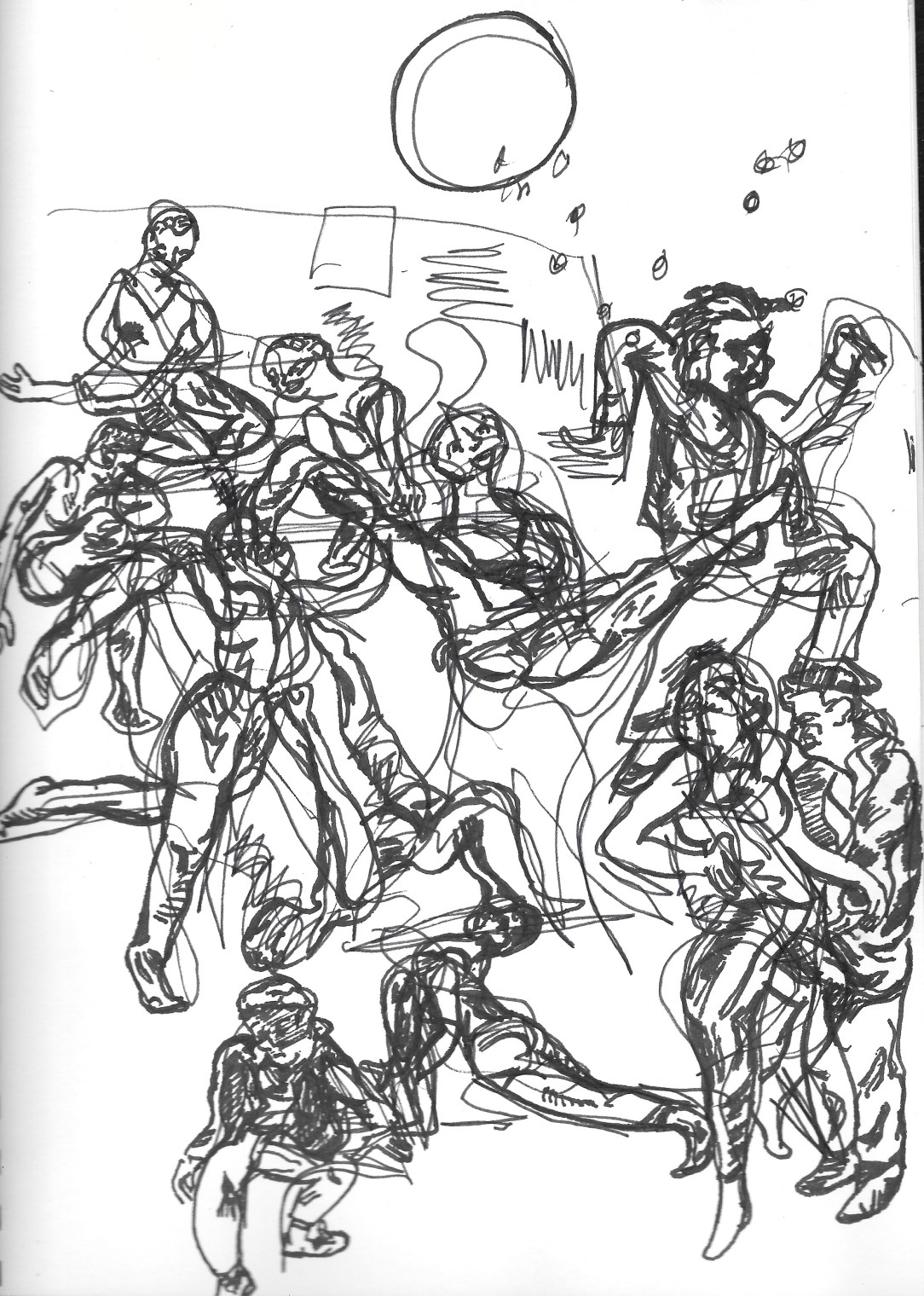 Act I ends with highlighting Angel, played by Devinré Adams, and a solo by Mimi, performed by Dertandra Tucker. The theme for “Out Tonight” or “You’ll See” is almost a fantasy in the dark with the way Mimi or Angel strut down from the fire escape. The innuendo of Mimi’s leather, electric-blue jumpsuit compared to Angel’s snow white hair, and naughty santa claus. This alludes to the disappearance of any color in the rest of the show. Or in another fantastic solo, Maureen, played by Lyndie Moe stepped forward, adding personality, and before the curtain fell in Act I this one-woman show changed the turnstile. 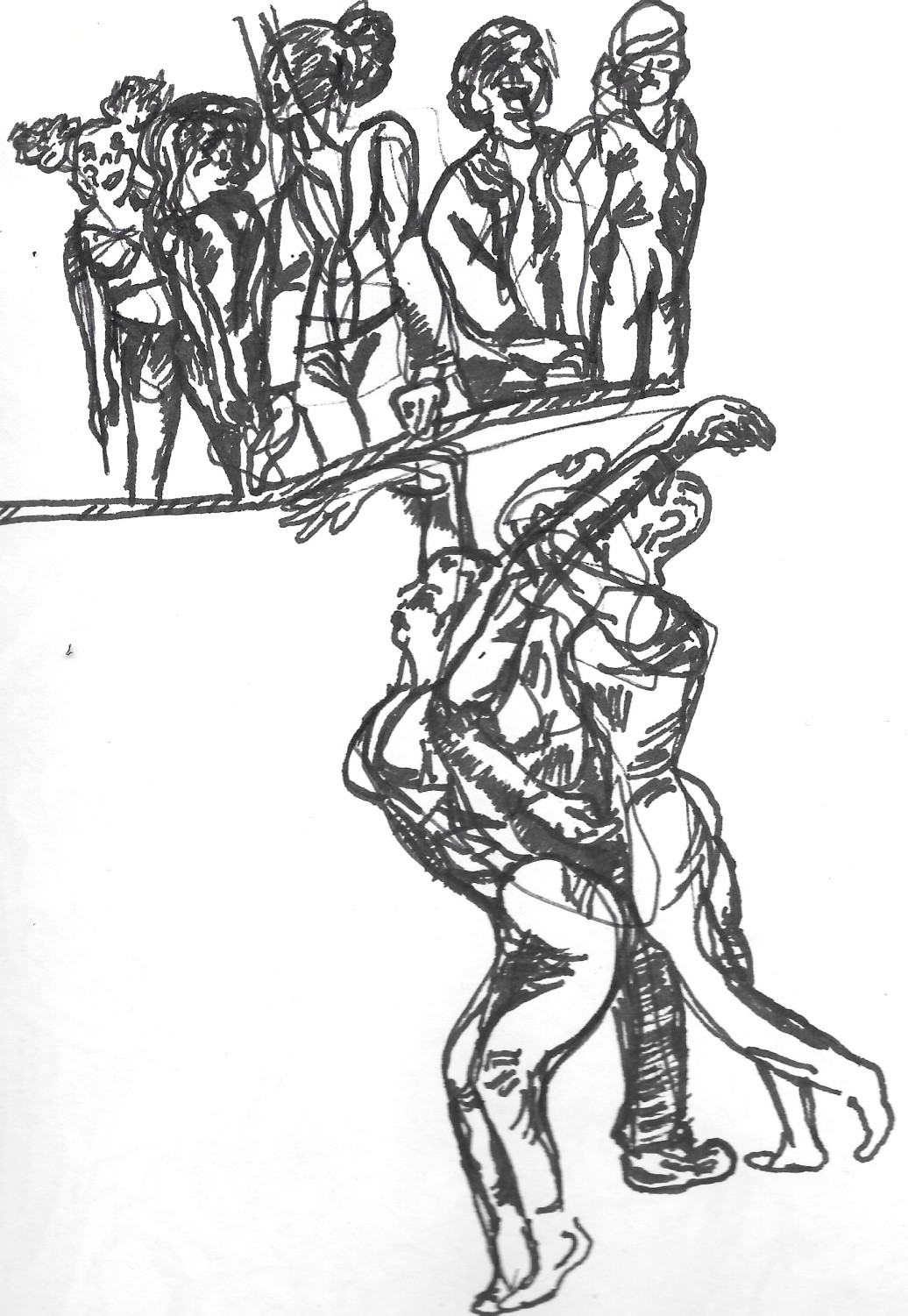 The ramshackled warehouse gave the struggling artist’s an idea to have a New Years party. Roger and Mimi are no longer together, just like in La Boheme. The costumes by Angela Wendt, dressed the drama in common street attire which created a white splash of light around Angel in Act II. The effect of which contrasts with the meta-art performance by Maureen, “Over the Moon.” One fades into a cloud of white sheets, If you saw Brian Sanders JUNK  it was just as they danced to “sail away, sail away.” The momentum of the music and the choreography, by Marlies Yearby, added wonder to where the time goes when the lyrics by Jonathan Larson are sung.