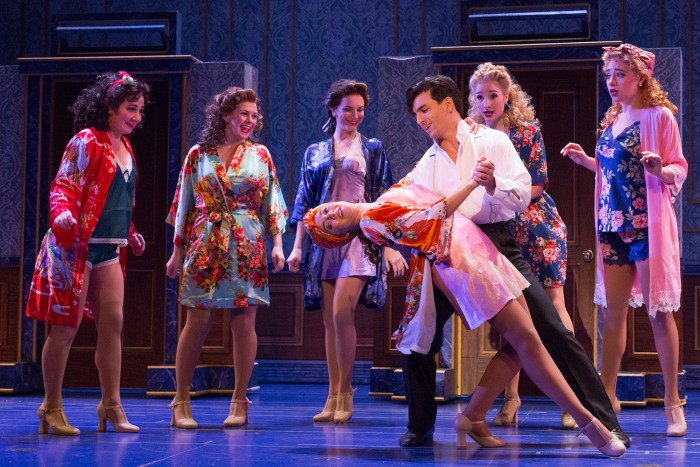 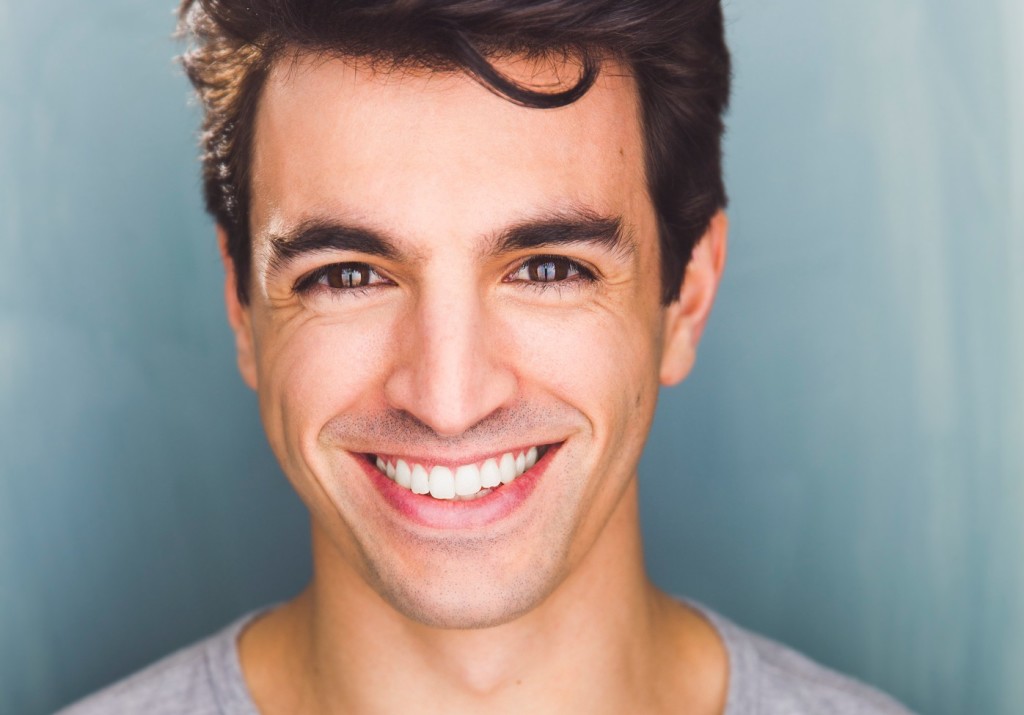 Debra Danese: You have an extensive background in musical theatre. How did you get your start?

Jacob Tischler: Frankly, I feel like I’m still starting. My career trajectory thus far has been a step-by-step process, with a lot of hard work and essential bits of luck. The seeds were sewn when I accepted an internship at the New London Barn Playhouse in the summer of 2012. There, I earned my Actors Equity Candidacy card and tacked on three featured rolls to my brand new resume. The artistic director, Carol Dunne, re-hired me for five consequent seasons. She also assumed the role of Artistic Director at Northern Stage, employed me there, and gave me my equity card. She is the source for my professional foundation and I’m eternally grateful for her contributions to my career.

DD: You are playing the role of “Ted Hanover” in the production. Tell us about your character

and how you prepared to take on the role.

JT: Ted is a bit of a butt! His character is driven by his own career potential, and he has very

little regard for others as he climbs his way to the top. No, this is not a “likeable” trait. What I’ve discovered, however, is every character I play must be approached with love. Otherwise, the audience will be unsympathetic to my performance. I will never play Ted’s ego because to him, every egotistic quip makes complete and practical sense. If he doesn’t judge himself, then I can’t judge him in my portrayal. Consequently, we have a Ted who is honest, and in my mind, redeemable. Physically speaking, Ted is one of the star dancers of his time, modeled after (and originally played by) Fred Astaire. I am not Fred Astaire. In fact, only Fred Astaire is Fred Astaire. But I aspire to the tenants of his physical life: up on his toes, shoulders down and back, and conveying ease instead of effort. This was the most challenging aspect of my rehearsal process, because I was playing Tony Manero in Saturday Night Fever at the Maine State Music Festival two weeks before. Tony chews up the disco floor, grinding down hard into his Cuban heels, flexing his muscles, and strutting his stuff. These behaviors are how he excels on the dance floor. Ted excels through effortlessness: arms resting gently on an invisible table, feet gliding across the floor, no tension in the face or shoulders. Making the leap from one to the other took many conversations with director, Chuck Abbot, corrections from choreographer, Michelle Gaudette, and private coaching with tap teacher, Nicole Calabrese. I would stay after rehearsals to put the sequences into my body. I’d walk home every day a sweaty mess, with legs feeling like they’d been rubbed with raw chili pepper. Towards the end of previews, I stopped getting notes on my dancing. I’m hoping that means my work paid off.

DD: The show features a musical score from legendary composer, Irving Berlin. What is your favorite song in the show?

JT:  Irving Berlin wrote many iconic songs in his time. My favorite, however, is “Plenty to be Thankful For,” the Thanksgiving song. When I sing this song, I daydream about Crosby being blasted by the best brass section New York had to offer. By the way, our brass section is certainly the best Philly has to offer. Within the context of our show, it’s not one of the standout songs, but it doesn’t stop me from feeling like a rockstar. The Pilgrim/Turkey costumes also help.

DD: The character of “Jim Hardy” turns his farmhouse into an inn to present performances to celebrate the holidays. If you could pick one holiday to turn into a show, what would it be?

JT: My favorite holiday is Thanksgiving because of the food. Every year, my mom crushes the turkey roast. She makes stuffing with the ratios of 50% butter, 25% bread, and 25% more butter. I’m in charge of the orange/cranberry relish and garlic mashed potatoes. Dad makes cast-iron bacon maple seared brussel sprouts. And my brother, Ethan, supplies fresh picked produce from the farm he works on. My show would be an immersive musical, set in my living room in Vermont, about how awesome it is to eat so much food. And the audience would eat the food. And I’d put the leftovers in the fridge for later because actors love leftovers. 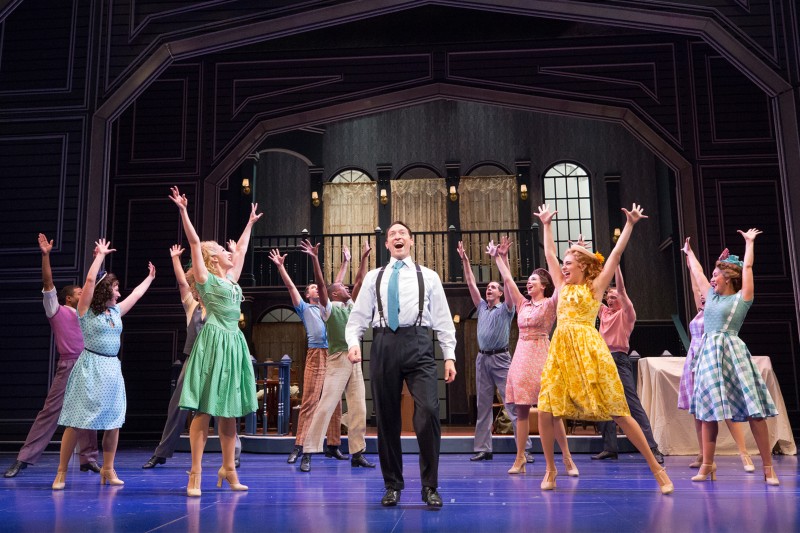 DD: What are some of your pre-show rituals?

JT: Gotta warm up them taps. I also really love taking the opportunity to say hi to my castmates. Something very odd happens in a run this length. After a while, the first time you see someone that particular day could be onstage. I like taking the time to say hi in person before I’m dancing with, yelling at, hitting, or smooching a cast member.

DD: What is one thing that can always be found in your dressing room?

JT: Currently, my little book 7×7 Cooking:The Art of Cooking in a Small Kitchen can be found there with little sticky notes marking recipes I’d like to try. My big book of baking, Sweet, by Yotam Ottolenghi and Helen Goh, just made its way back to my apartment to assist in the creation of Tahini Halva Brownies Those were good! Every note I received during the course of this rehearsal process is tacked up on my mirror. My opening night letter from my girlfriend, Alanna, is up there as well. I also have a box of spiced chai tea to help wake up the senses when I’m feeling physically blue. And my water bottle. Ted sweats.

DD: You are returning to the Walnut Street Theatre having played “Tony Manero” in last

year’s production of Saturday Night Fever. What are some of the unique characteristics of performing in America’s oldest theatre?

JT: There is a funny quality to the audiences here at the ‘Nut’. The majority of them are returning season subscribers, and have come to know the faces of my successful Philly castmates. Mary Martello had five shows season here last year, and on opening night, received entrance applause. I’m a bit newer to the scene, and during performances I can feel my lack of relationship to the subscriber base. Ultimately, this a beautiful quality. The Walnut exists to serve its subscriber base, so I’m treating this as my second introduction to some of theater’s most loyal followers. It’s a privilege to be on that stage, creating a theatrical exchange with the most experienced audience in the U.S. Speaking of my castmates, it is a gift to be working with my current company, crew, and management. They have an unstoppable work ethic, unlimited knowledge, and decades of experience onstage. Every day is a process of discovery and refinement, laughing at failures, and celebrating successes. Even just the little bitty ones. I’m going to be in the two consequent shows after Holiday Inn (Matilda and Comedy of Tenors), and am grateful for the opportunity to finally be in one place, working with great people, for an extended amount of time. Now if only my girlfriend would come back from being famous in Wisconsin.