Next Move Dance presented Company Wang Ramirez March 15-18, 2018 (read the Phindie review). Seeing the bodies and minds of Honji Wang and Sebastien Ramirez meld together during the performance proved visually moving for me. Their choreography was highlighted by lighting design by Cyril Mulon. The projection changed as the story moved from morning until night in the life of a loving couple. A silver splash of ripples appears as Ramirez touched the back wall, and Honji was kneeling center stage; she appeared to wave in the wind. The single prop on stage, a tree designed by Ida Ravn, was placed into a minimal set design with solid color templates behind the dancers and a few twinkling lights at the end of the tree branches which the dancers interacted with later on into the piece.

They shared the stage and it made the audience juggle with who would take the lead next. I was constantly looking back and forth to see how their bodies communicated with each other or how their distance from each other spoke for them. The silver backdrop became a cool shade of blue and Honji put on a new disguise. The blonde wig and silver shoes gave her a dolled up look and she started awkwardly walking in heels. The feeling of wearing uncomfortable shoes changed to a free wheeling movement of her legs, and Ramirez makes a stone cold jump toward his partner and wraps his legs around her neck as if a crocodile snatched up its prey. The smooth movement from front to back, up and down movment showed the body flex to show a body in motion and all the muscles worked to make it perform.

There is a fusion of hip-hop and martial arts that brings out the couples training in and outside of dance schools. For instance, Ramirez’s self taught b-boy style showed how compatible the martial arts, Brazilian jujitsu, and gymnastics were when he turned into a crocodile and swallowed up his partner in the beginning of the piece. Ramirez and Honji made light jokes throughout the piece and they cut the tension of simple romantic love between two dancers with words that reflected the dancers origins. 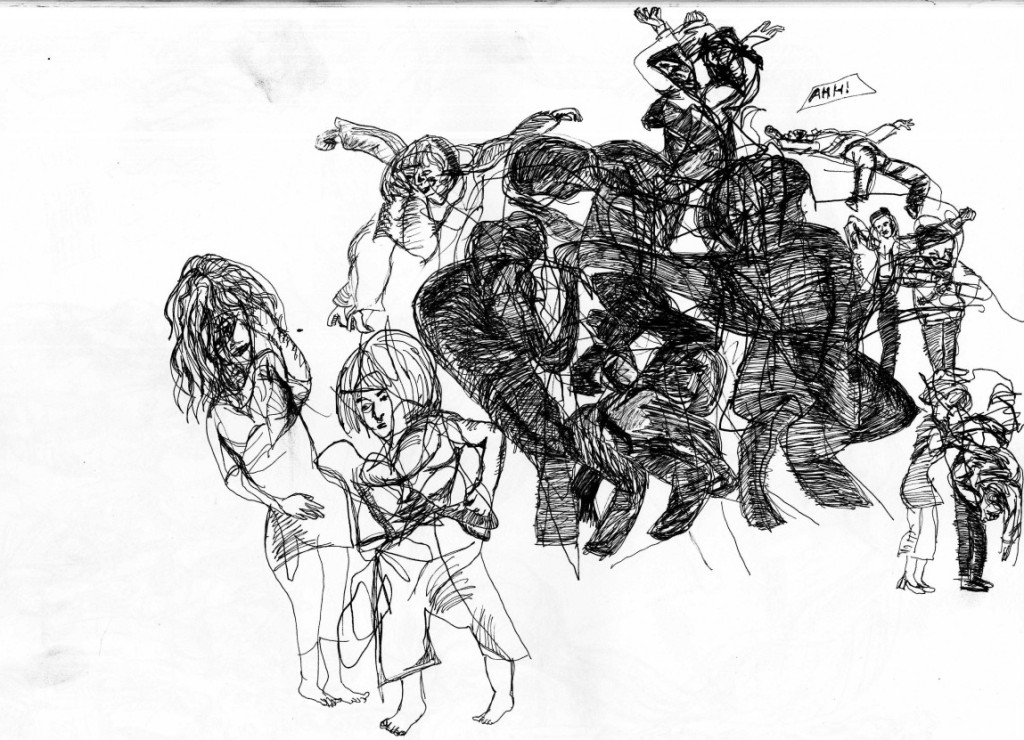 Spoken word is used sparingly, at first gestures back and forth, but then commenting about the sound effects in the music composed by llia Koutchoukov aka Everydayz. The music sounds something like, “Boom-Boom, Psh.” The humor and close connection between Honji and Ramirez was a zig-zag of all kinds of possibilities for break dancing to swing moves. The fusion dance by Wang Ramirez brought out the musical qualities from across the charts: Latino, Salsa, Brooklyn, hip-hop, Jazz, New Orleans, Pop music, and a taste of Los Angeles seems appropriate to characterize the sound, image, and movement that manifested on stage. While also playing on national characteristics of their own, such as, Ramirez born from french speaking parents in Spain and Honji born from Korean speaking parents while growing up in Germany. The fruitful investigation of the body in motion and what that means to an audience explored the medium as a musical, projection, and personality to the form that resonates with a larger picture. 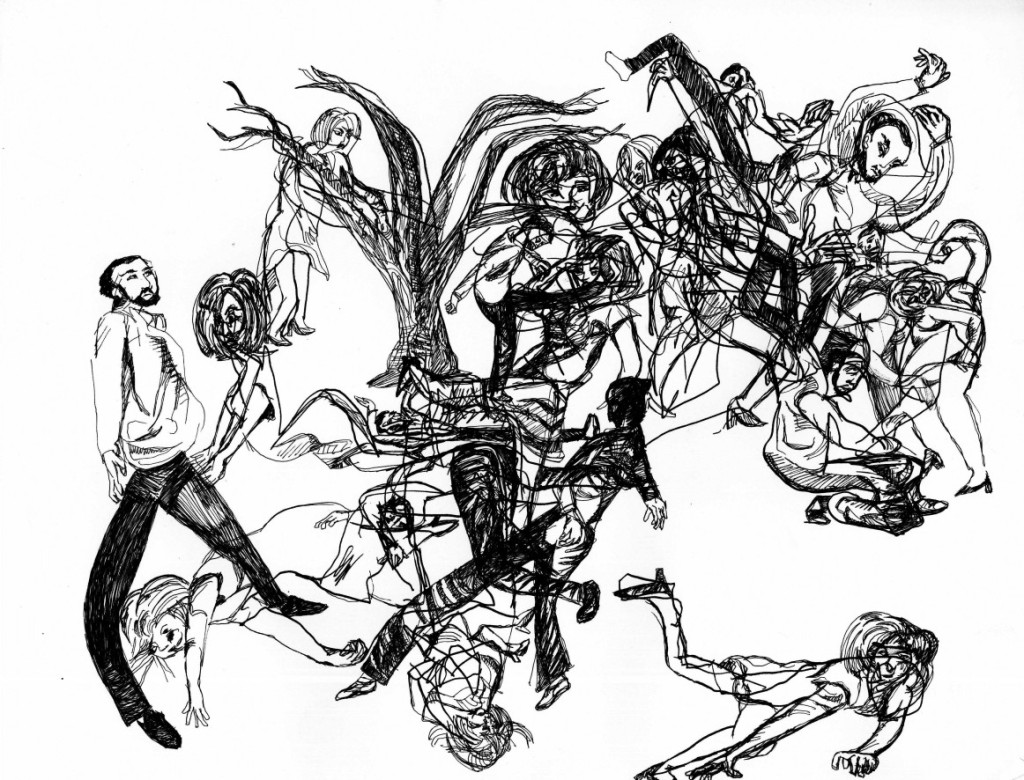 The Wang Remirez MONCHICHI is about a Korean girl growing up around German speakers and in this community she tries to fit in to the culture. She meets a man that gives her trouble for trying so hard to be like the other German speaking people. He calls her Monchichi! This quick narrative was given in the transition of one segment to the next, and Honji expressed the harsh reality of what it feels like to come from eastern Asia and everyone thinking that she is Chinese, when she is Korean and it is a different culture. When the audience laughed I felt that her message may have been received in the wrong way. Then again, Wang Ramirez hit on ethnocentric issues which most people would rather not talk about. The mood of laughter was a thrill and that was a moment of relaxation. The stop and go flow of Wang Ramirez showed how accurate freestyle moves adapt from traffic signs, pedestrian bystanders, or monumental instance of human powers. The concept of MONCHICHI mirrored moving bodies through time, for example in the dawn, early morning, and afternoon, a flood of colors from the back wall create shadows which were in an invisible state of existence. I sketched the large shadows of the duo going back and forth until they were indistinguishable. The obstacles that they put in their way throughout MONCHICHI replicate nonsensical politics in a transcultural world.