Last week, audiences at the Annenberg Center’s Harold Prince Theater witnessed a program of music and theater, with a performance of Beethoven’s Quartet no.14 C Minor, Op.131 by the Daedalus String Quartet and a staged reading by playwright Michael Hollinger, directed by Dr. Marcia Ferguson. 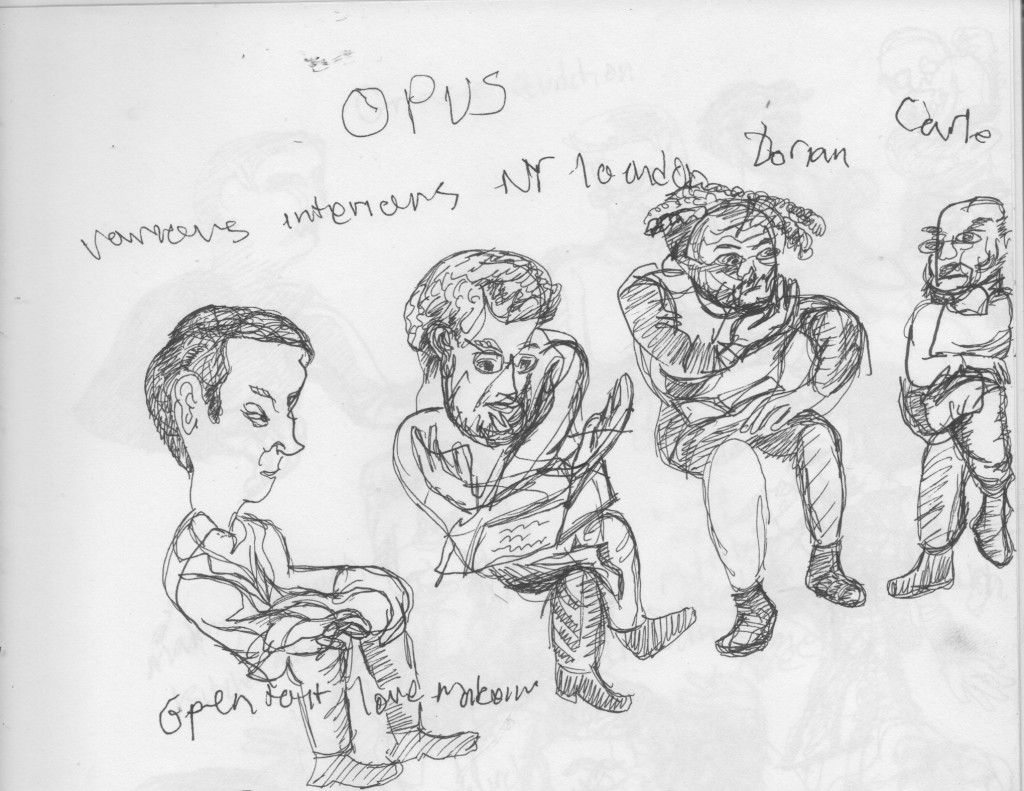 The Daedalus String Quartet is collaborating with the University of Pennsylvania to perform the complete Beethoven Quartets. The Beethoven Quartet series began in the fall with two multidisciplinary programs. They included participants from the Penn Smilow Center for Translational Research and the Kelly Writer’s House.

From my experience with the Chamber Orchestra of Philadelphia and the Chamber Society of Philadelphia, there is an intimate connection with art and lifestyle. Dr. Yale Cohen back in October must have had an interesting perspective on the hearing-impaired musician, and the poetry from T.S Eliot, Aldous Huxley, Milan Kundera at the Kelly Writer’s House must have put lyrics to Beethoven’s music, as well as an echoing effect from the instrumentals. The Daedalus String Quartet’s Beethoven String Quartet series continues Sunday February 11th, and returns again in April at the Annenburg Center for the Performing Arts.

It helped to witness Michael Hollinger’s play Opus, in order to imagine the composition of Beethoven’s Quartet no.14 C Minor, Op.131 by the Daedalus String Quartet after the intermission. The Fugue in the first movement is quick to fall to a darker note. In the second movement, it is as if Beethoven is trying to get himself out of that depressing mood. Hollinger’s characters demonstrate to us the multiple personalities that combine beauty with a science to making music. The comedy of looking for a replacement is easy to get, “it is like making love with a kitchen appliance.” Art must come from the soul, and the conversations that take place between Alan, played by Kevin Bergen, and Elliot, played by Ahren Potratz, shows tension compared to movements and pauses in the musical composition. 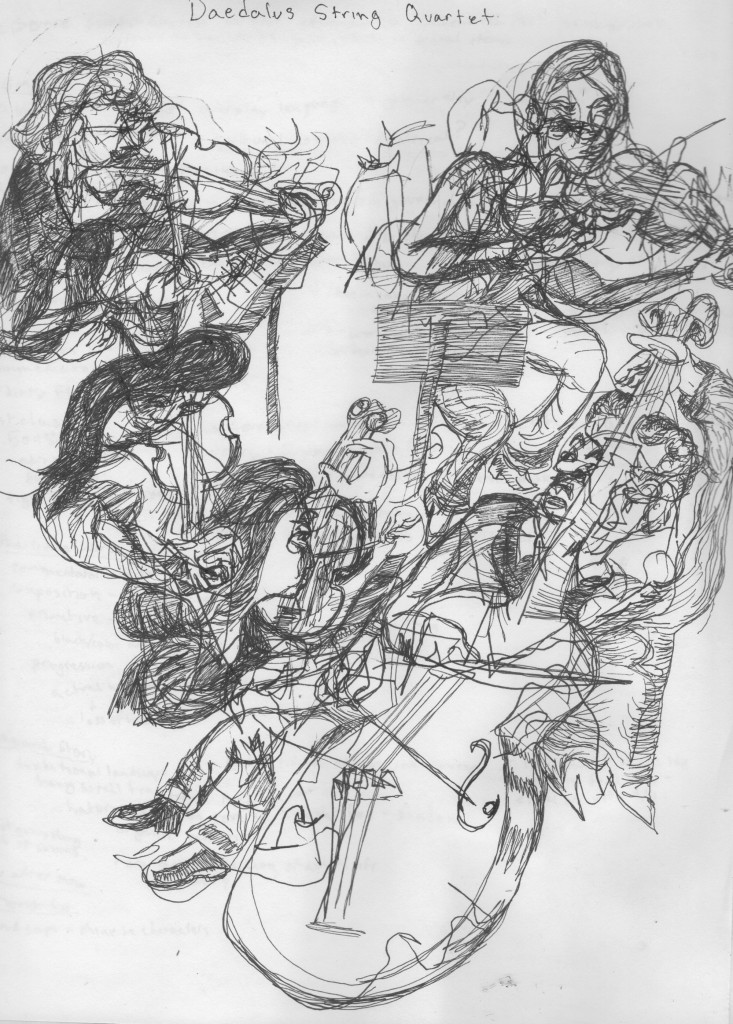 By the third movement, something is intruding about the viola with the violins. Reordering the organization makes it sensible. That is, the violins Min-Young Kim and Matilda Kaul, and Jessica Thompson on viola find a better or a more fitting melody. When the string quartet is a single instrument like in Hollinger’s representation of rehearsals and interviews the visual effect of peaks and valleys in the music come through after the intermission with the Daedalus String Quartet. In the play, the literal depiction of a string quartet evolves to encompass the mental breakdown of Dorian, played by James Ijames, and the silent reaction of Carl, played by Peter Schmitz, who is fighting cancer. The direction by Dr. Marcia Ferguson, and the complexity of Beethoven’s Quartet no.14 C Minor, Op.131 performed by The Daedalus String Quartet brings out the interactions between violin and viola, and the viola and cello. Impressive was the way the viola and cello reappear later in new ways and create a new sound. My astonishment for chamber music is the tangible facet to the scherzo, for example, the antagonistic cello in the fifth movement by Thomas Kraines.