Welcome to our coverage of the 26th Philadelphia Film Festival! For the next few days we will be
bringing you dispatches from within our city’s largest yearly film event. Screenings run through October
29th, so grab a program (can be found on any flat surface in Philadelphia), and come see something
you’re unlikely to find anywhere else! And now, some capsule reviews: 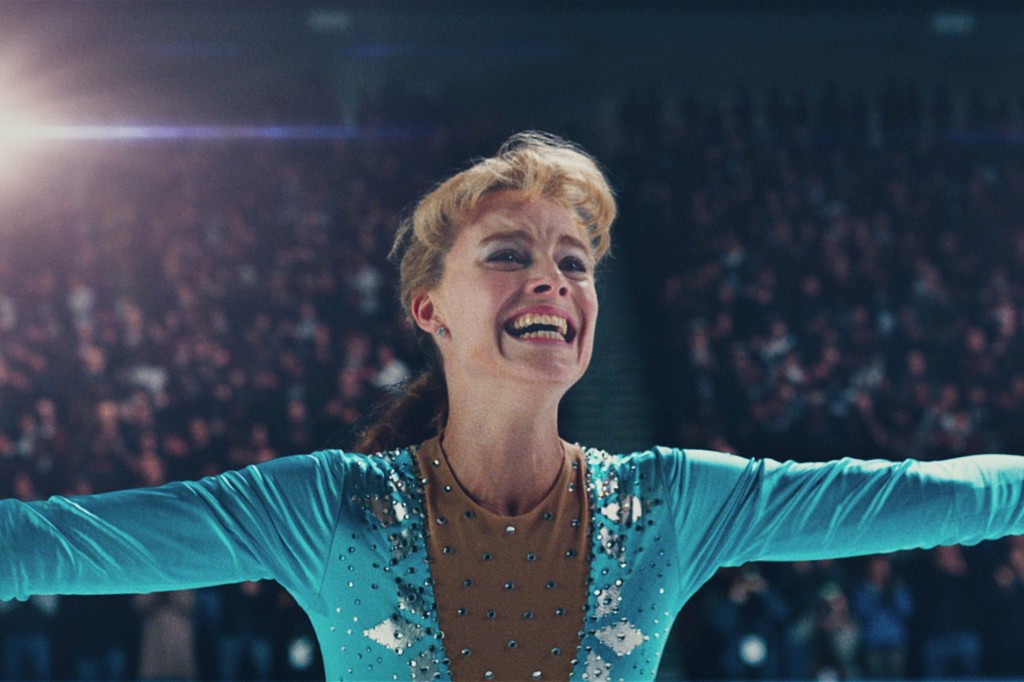 I, Tonya (dir. Craig Gillespie)
Everybody remembers the Tonya Harding/Nancy Kerrigan incident, but does anyone really
remember it? I, Tonya sets to skewer America’s propensity toward headline-based snap judgments by
asking that very question.

Framed similarly to Richard Linklater’s Bernie, I, Tonya uses a faux documentary format mixed with
tragicomic recreations of what went down. The film is a bit less cartoonish than Bernie, but it suits the
material well and offers a platform for one the finest film ensembles of recent memory.

Margot Robbie disappears entirely into the titular role, playing Tonya Harding from her late teens all
the way to present day. It’s incredible how chameleonic Robbie, whose looks often threaten to wrongfully
eclipse her legitimate talent, can be. Same goes for Sebastian Stan as Harding’s hapless and abusive
ex-husband, Jeff Gilooly. The real scene stealer, however, is Allison Janney as Harding’s chain smoking, hard drinking mother, whose interactions with a shoulder-mounted pet bird seem like an aggressive over-

quirking of the material until one sees the real-life video on which her talking head portions are based.

Director Craig Gillespie (Lars and the Real Girl) masterfully balances the oddball tone of the film,
which bounces from hilarious to heartbreaking and back in a moment’s notice. But it’s his framing of the
ice skating sequences which makes the strongest statement of all. Whatever technical wizardry was
employed to make it look like Margot Robbie is able to land a triple axel drives home a criminally
unstated aspect of Harding’s celebrity: she was a tremendous athlete. 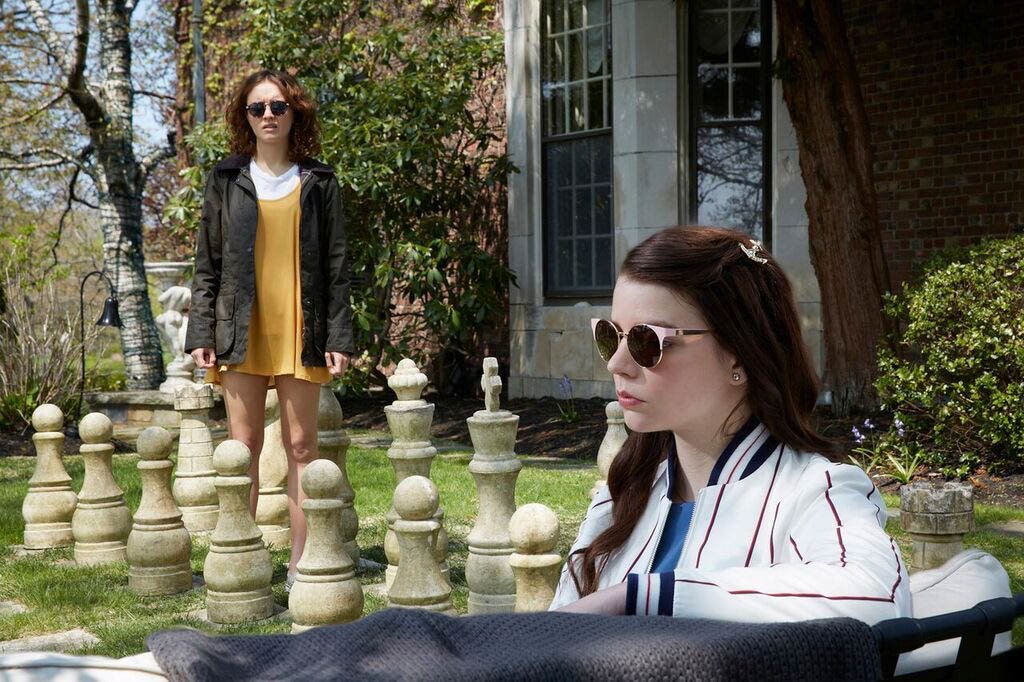 Thoroughbreds (dir. Corey Finley)
Prior to the film, executive director of PFS, Andrew Greenblatt described Thoroughbreds as
‘Hitchcock meets Heathers,’ and while that is indeed an accurate description of the film, it barely cracks
the surface of what’s being explored in this air-tight, 90-minute thriller.

Anya Taylor-Joy and Olivia Cooke play Lily and Amanda, two very well-off young women unwittingly
rekindling their long lost friendship. What starts as a casual tutoring session for Amanda, who claims to
have lost her ability to feel emotions, soon grows into a brutal codependence, and before long our two
‘heroes’ are plotting the murder of Lily’s stepdad.

Information is dispensed at a deftly metered pace, which gives Thoroughbreds high potential for
multiple rewatches as well as a litany of interpretations. Most obviously this is intended to be a barbed
takedown of the privileges afforded to the different classes, which is expressed through each character’s
motivations/circumstance. Underneath is a methodological discussion of cultural shortcomings in the
realm of mental health. And peppered throughout we find ceaseless reminders that the untimely death of
Anton Yelchin, here playing a drug dealer with aspirations well beyond his station, robbed filmgoers of
what was sure to be an all-time great career.

If the film gods are just, Olivia Cooke will become a household name. If the film gods are great, the
score from Erik Friedlander, which moves from disparate ‘jazz noises’ to mischievously melodic chamber
pieces in conjunction with the surprising plot machinations, will garner award recognition. 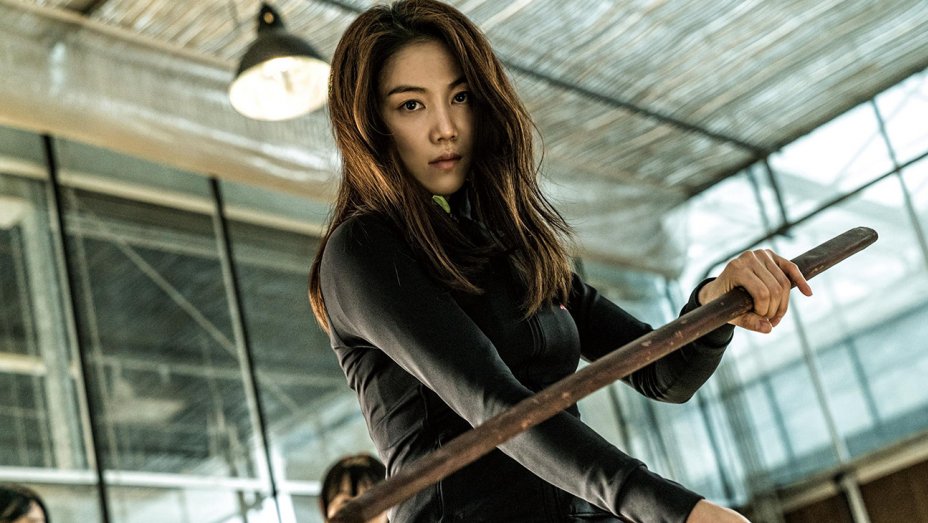 The Villainess (dir. Byung-gil Jung)
South Korean revenge cinema has become a brand of its own ever since Oldboy made its way to
American cinemas (we won’t talk about the abysmal remake). The genre is known for a few trademarks:
melodrama, aggressively challenging thematics, and artfully staged violence.

The Villainess serves up all three in spades, making it the perfect film for a late night crowd of genre
enthusiasts. Unfortunately, broad appeal will likely be limited given its idiosyncratic nature, which is
apparent as soon as the film begins.

The first reel body count rivals that of the entirety of most films, and almost all of it is done with an
impressive mix of handheld camera work, POV shots from a GoPro, and the type of fluid editing
technique which walks a fine line between “how did they do that?” and “what the hell is happening?”
For The Villainess, the action all too often errs toward the latter. Unlike The Raid, a film which The
Villainess has been frequently and inaccurately compared to, the strength of the fisticuffs is created in
post-production rather than strong choreography. This method is more successful here than in a lot of
martial arts showcases, but ultimately suffers from many of the same visual shortcomings. That said,
there’s a motorcycle sword fight which simply must be seen to be believed.

Between the action beats is a compelling (if needlessly convoluted) drama of murder, revenge, and
mistaken identity. For a film whose stated appeal is its action, funny that the story is what emerges as its
biggest asset. This is largely due to a stunning central performance from Ok-bin Kim, who proves as
capable with a sword as she is with dramatics.
Stay tuned for more as the 26th Philadelphia Film Festival continues!