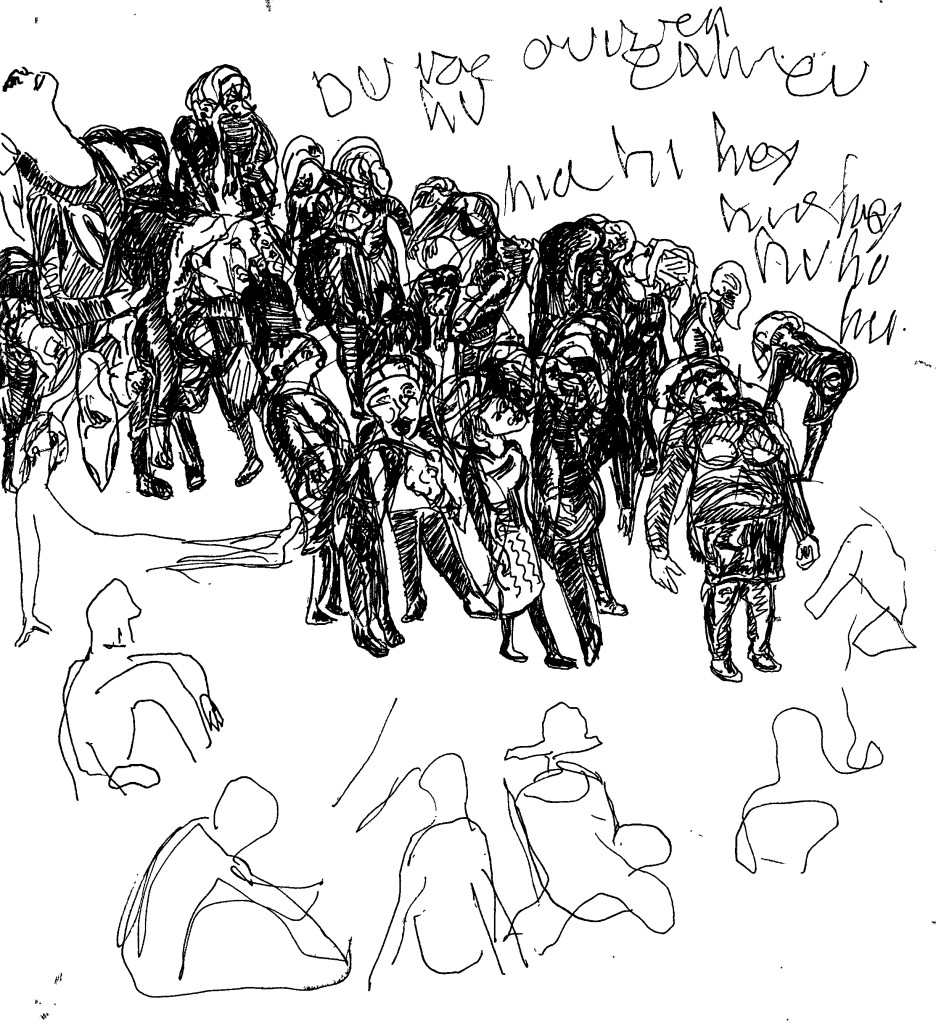 The Brooklyn Museum welcomed its visitors to sit in on a chanting, mantra-like performance. The woman covered up delegates a cultural observance, respect, and worship. In the Brooklyn Museum, the light in the Beaux-Arts Court is naturally flooding the plaza. Children are running around, and the adults are awaiting what will become a French Institute Alliance Francais staged dance performance as part of the 2017 Crossing The Line Festival. The FIAF is known for exploring these lines from one culture to another. This French speaking center for cinema, education, and cultural awareness in New York is proud to bridge US and France by signaling to each other’s inspiration. 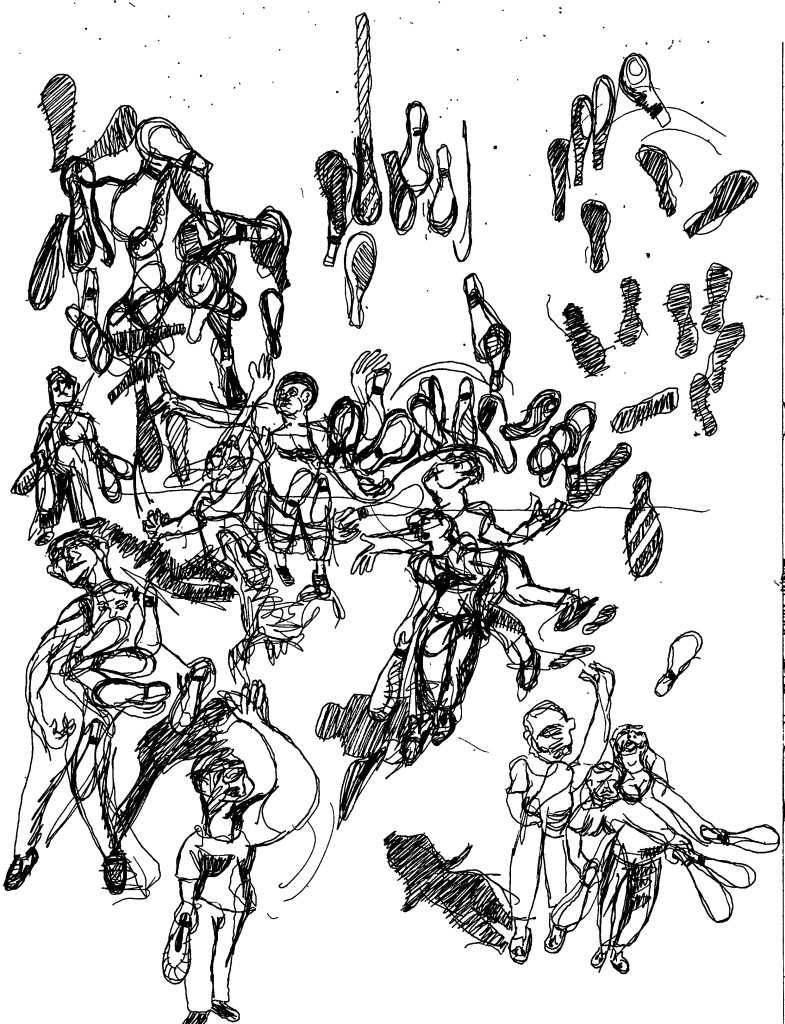 The cries from these women is like a prayer call in a Muslim state. Though, the women are out of context and they envissage a landscape much like hte visual art around the Beaux-Arts Court (abstract, figurative, narrative, and Egyptian art). A coffin more than a thousand-years-old for a woman is in the next gallery room. The women all wearing black came in one movement. It is a serious passage of time as one of the dancers moves out and into the center of the space, then two at time they move into position, and their cries take your attention over anything else in the room. 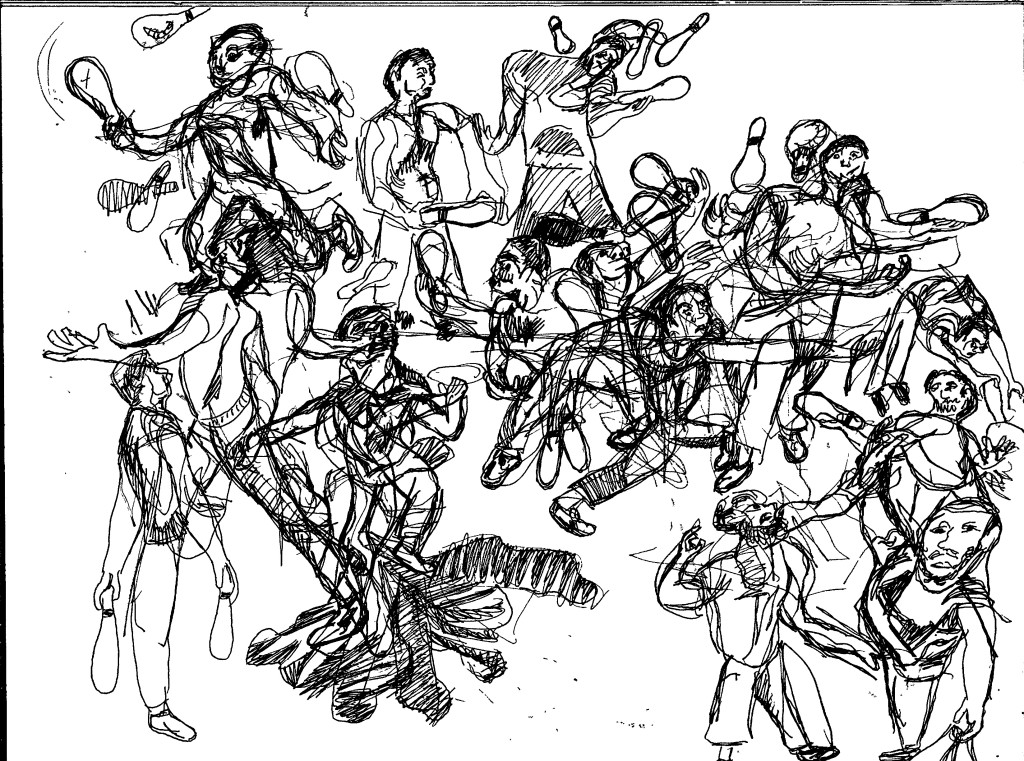 The place is empty and the performance has me drawing the same women over and over again. The crowing which calls to morning can be taken as a dying ritual, or a celebration for life. I stared into the blackness of their dresses, as they raised their voice, lowering their head for a guttural accent, and opening up as they loll their head back again. The head scarfs take flight as they move their head back and forth. After the performance is finished, the women walk toward where they came from in the same fashion as before. At that moment, the place comes alive, and the dead silence turns to complete joy. The way a street festival parades past the daily lives of pedestrians.