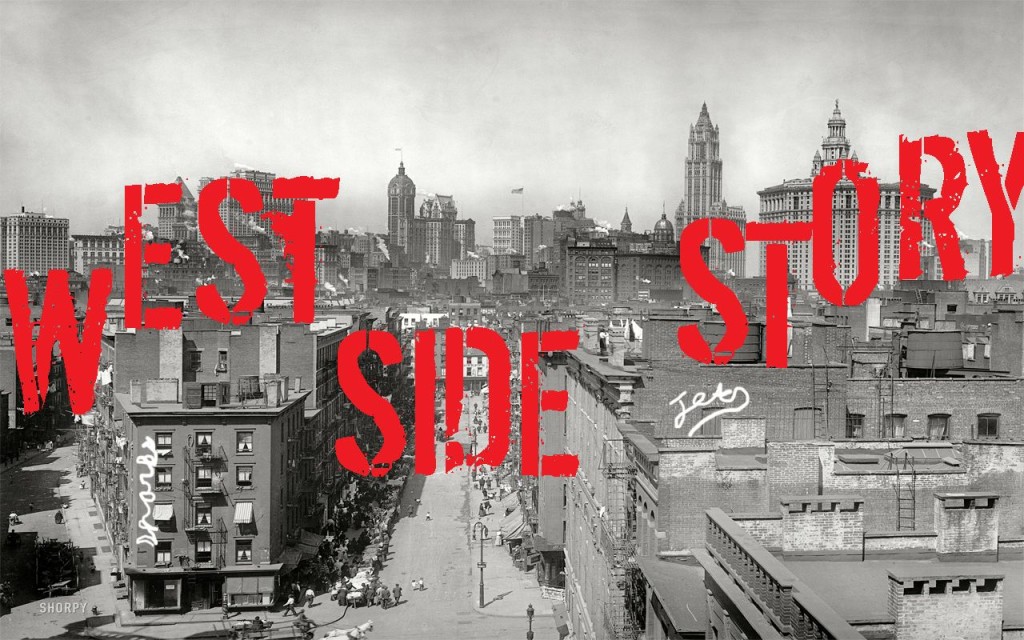 2018 is Leonard Bernstein’s centenary, and theaters around the country are programming his greatest works in his honor. Delaware County’s Media Theatre has taken the safe approach of presenting perhaps his best-known musical theater work, WEST SIDE STORY. Although some of the dramatic flourishes that marked the show as fresh and daring in 1957—the rough language, sexual innuendo, and racial tension—seem downright quaint today, Bernstein’s vibrant and frenetic score proves eternally youthful. The same cannot always be said for Stephen Sondheim’s lyrics—not the august composer’s best work, by his own admission.

Dann Dunn’s production relies too heavily on cheesy, nondescript cityscape projections (designed by Kyle Brylcyzk), and his use of a series of chain-link doors to delineate spaces in the neighborhood—everything from Doc’s drug store to Maria’s bedroom—makes little sense. Dunn’s choreography ranges from inventive (the hot-blooded “America”) to perfunctory (rarely has the iconic “Dance at the Gym” felt less exhilarating). Jennifer Povich’s costumes often feel too contemporary. The production also falls prey to a common pitfall—the boys who comprise the Jets and the Sharks communicate very little menace; they feel closer to a Midwestern eagle scout troop than a gang of New York City street toughs. In the acting department, Victoria Guiteras Mayo deserves high praise for her compellingly acted and musically strong Anita. Grant Struble and Patti-Lee Meringo bring lovely voices to Tony and Maria, but I failed to believe they fell in love at first sight. With that element missing, the rest of the evening is a tough sell. All performers had to contend with Christopher Ertelt’s small but overzealous orchestra, which frequently covered the singers at the performance I attended. Even from a prime seat in the fourth row, I often struggled to hear the performers, and many lyrics were lost.