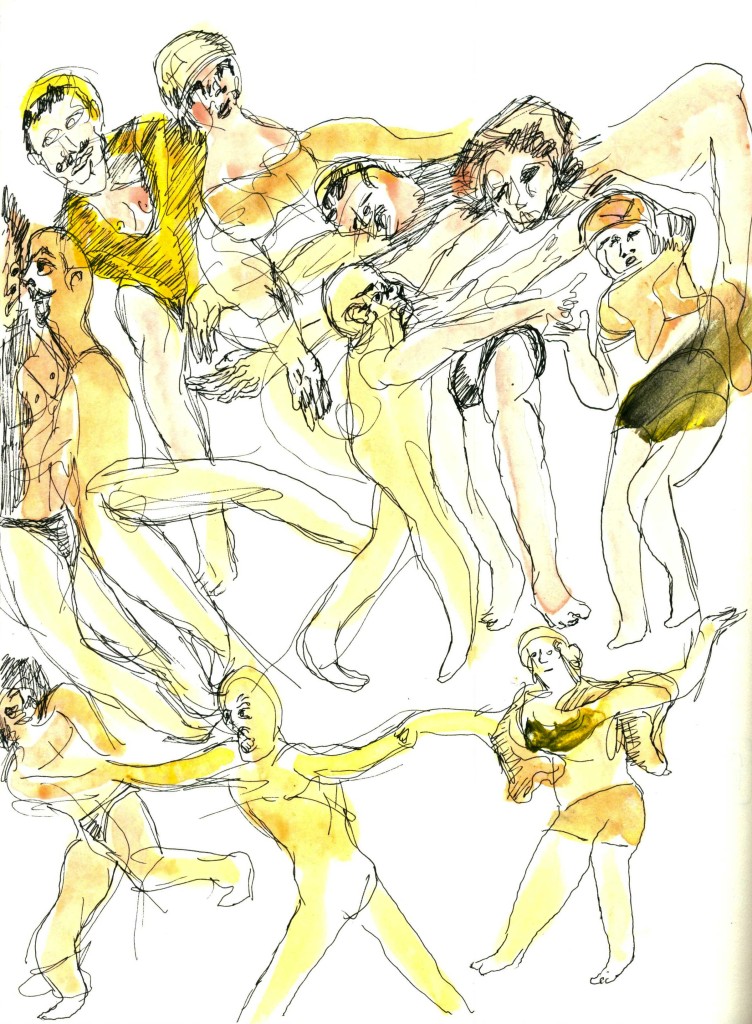 The performance of Faye Driscoll’s THANK YOU FOR COMING: PLAY begins with the audience sitting in a circle on the FringeArts stage. The performers go around to encourage various audience members to participate. We are told to write on cards that in the end become part of the narrative. As this is happening the cards are being collected, and from different areas of the audience these chants are being made, “Ha ha rah,” “Yeah I am going to be big!” “This dad is the same dad as the last dad,” “No, he’s different,” “Do you know who I am?” “Fuck him up!” And then we are told to take a seat apart from the stage. 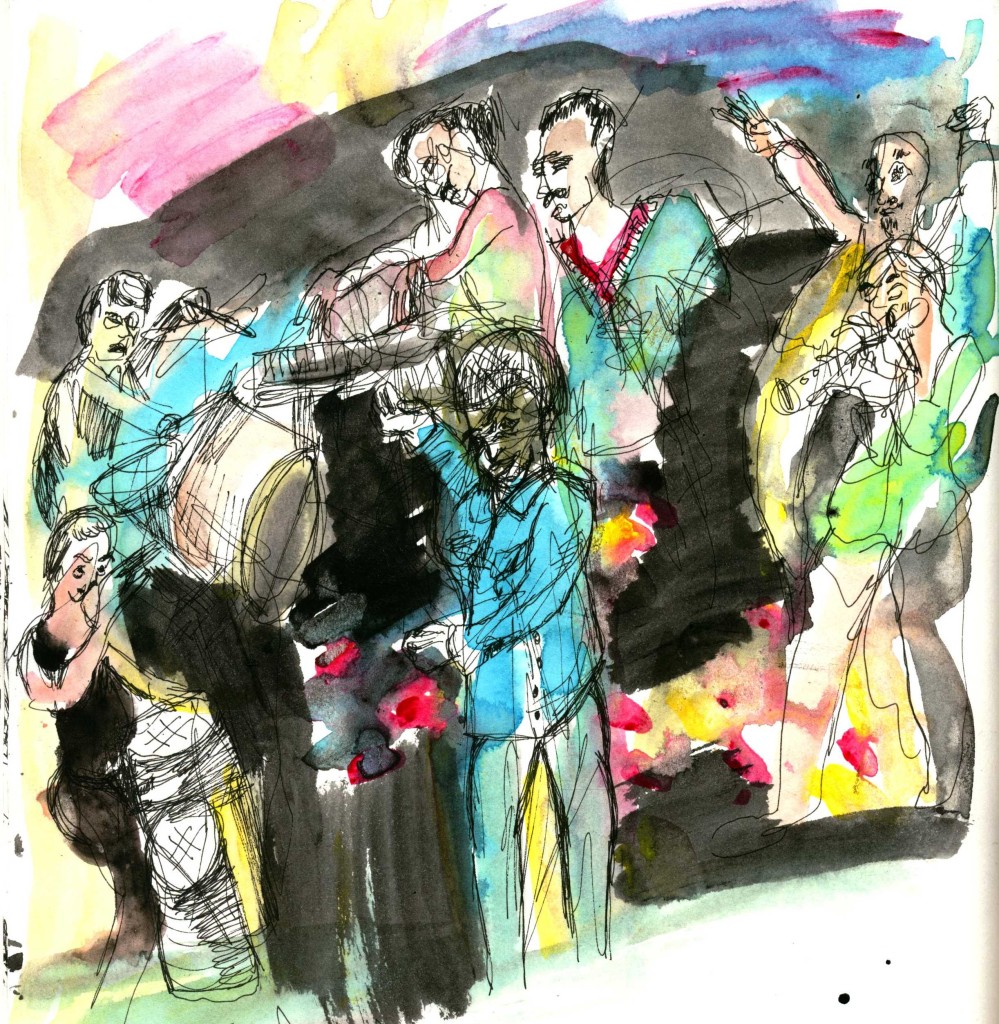 Now on stage is a group of figures forming a dramatic scene as the people go to their seats. There is a wedding ceremony happening, and two men kiss. Walls are constructed and the bright light reflect off the white walls and shines on the bare skin of the actors. 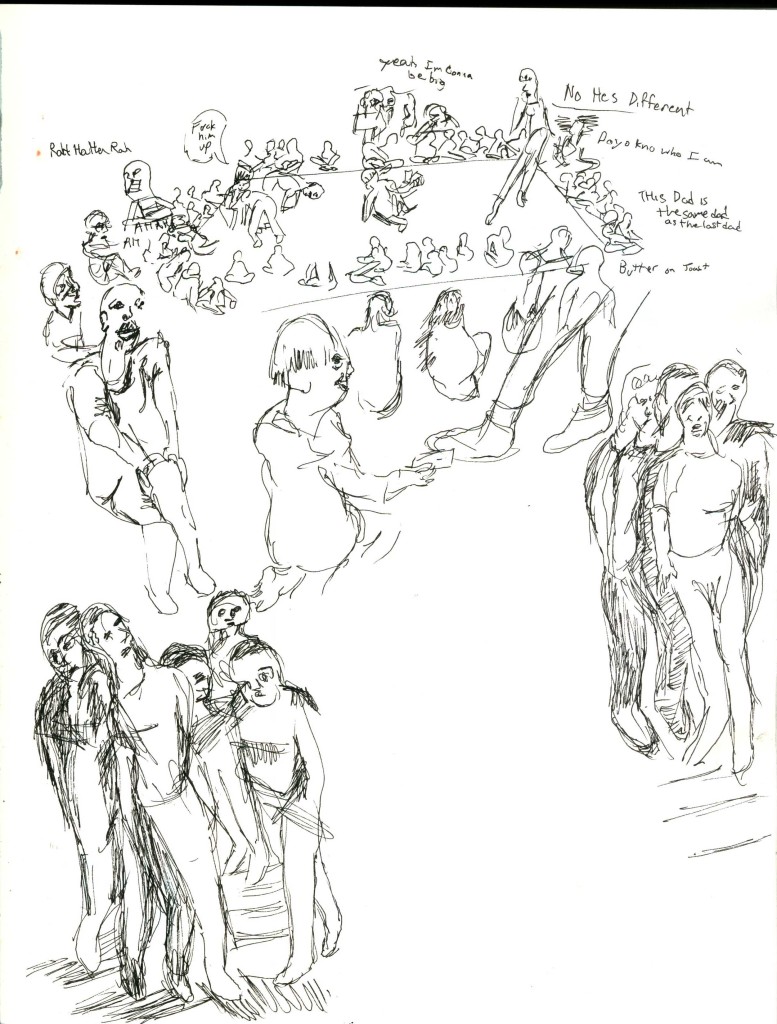 The apocalypse is a theme that seems to follow. The way that the audience is involved in the storytelling repetitively brings up the phrases mentioned earlier. However, the grim character in black and the shear red cloth around the female figure distinguish themselves as key indicators of the story. Barnabas is dead! The high voice of the male actor is piercing, but the direction of the rest of the performers is moving around the set while one or two dancers take center stage. 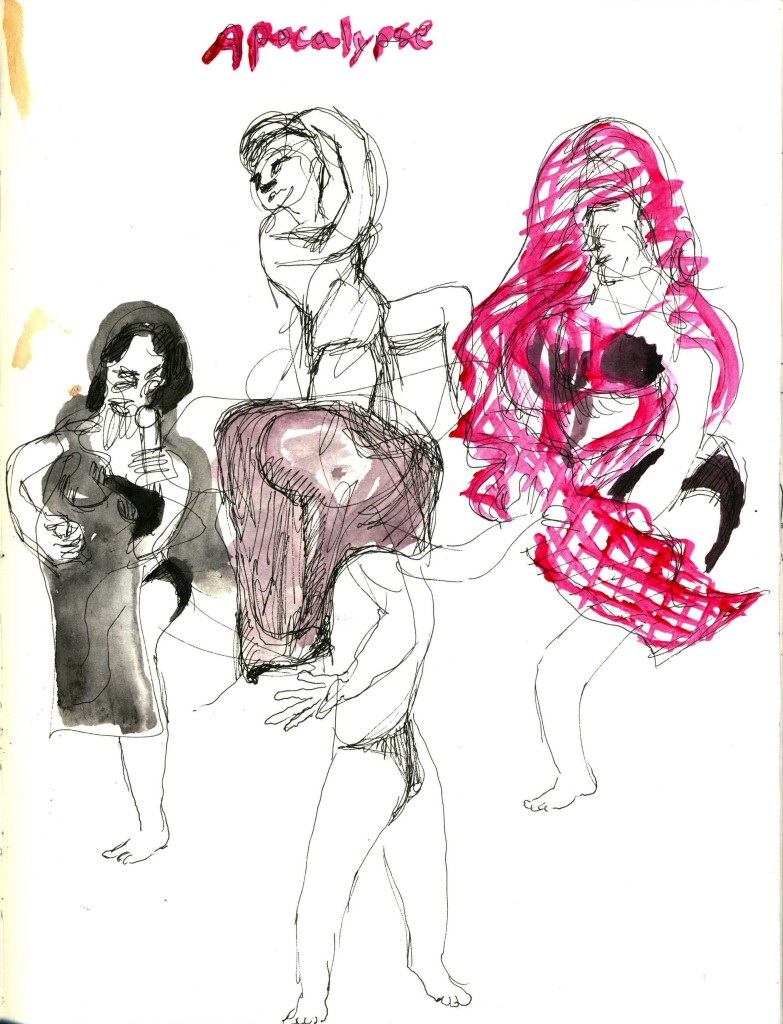 The fierce attitude of the female singer is demanding of the spotlight. The lights turn down and the whirling motion of fabrics and the contortion of arms and legs create a chaotic mood. The condition of the performers is stark, and so is the way they seemingly turned against each other. 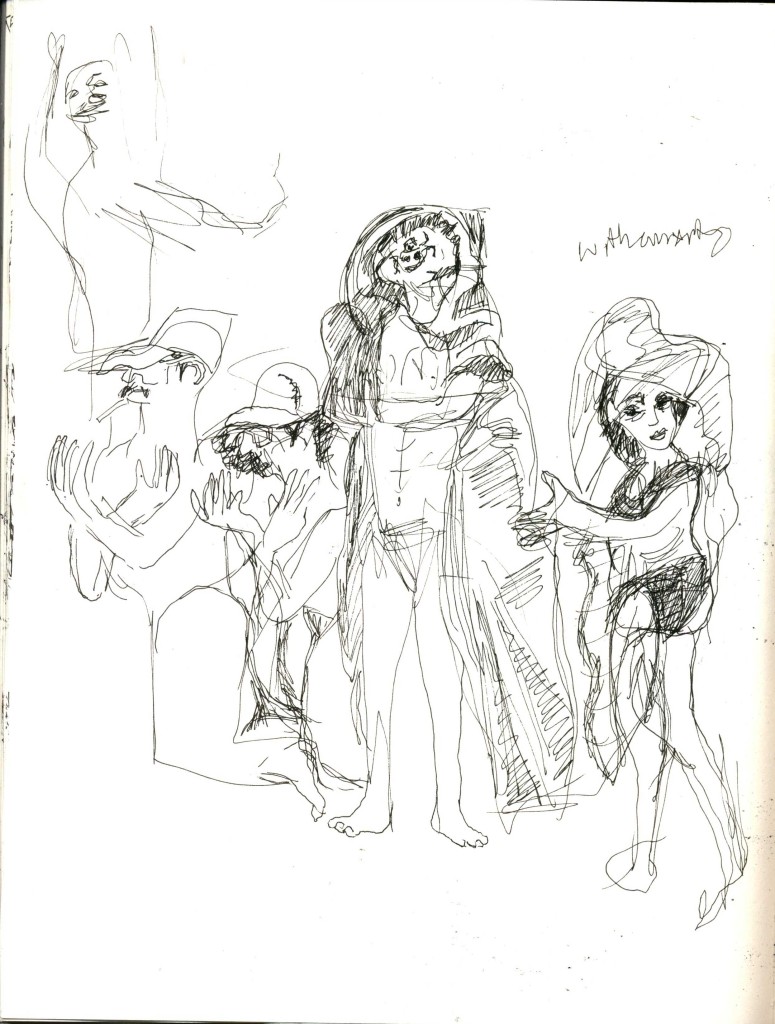 Barnabas is dead! The grim character sheds his black clock and this resurrection of some sort is worshiped by two shady characters with baseball caps and cigarettes hang from their mouths. This is may or may not be a theatrical, rock and roll, and biblical anachronistic retelling of the stoning of St. Barnabas. 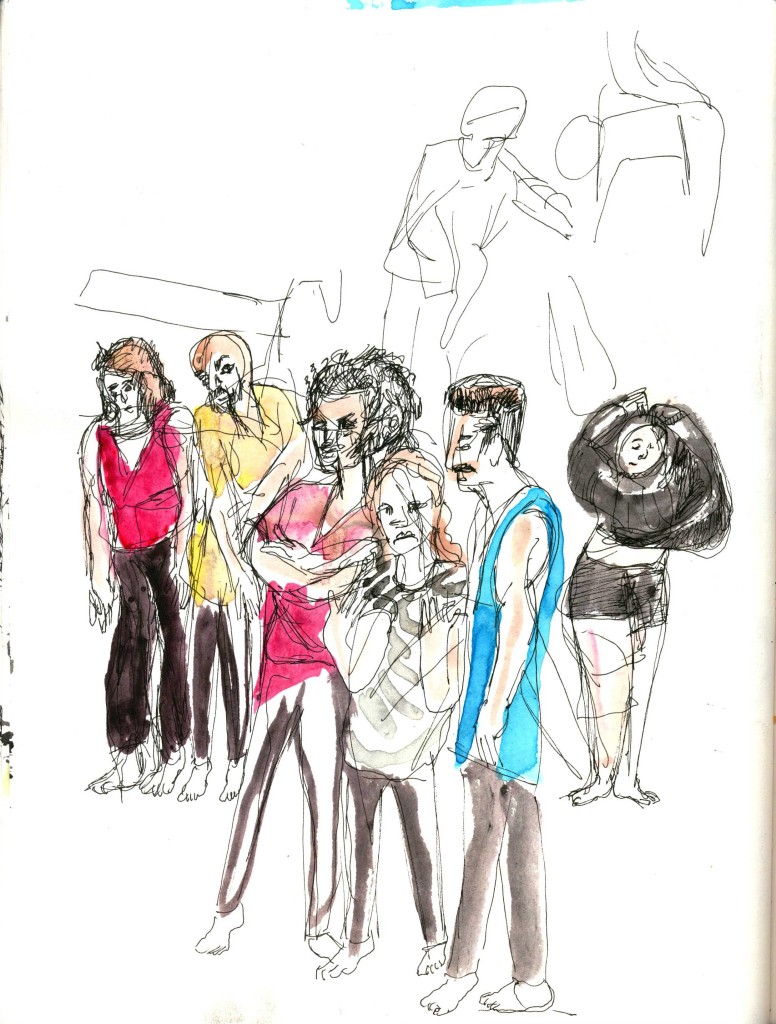 The way pop icons are celebrated and martyrs are created is parallel with the quick dissembling of the stage. Now we are without music, and the players on stage are in casual clothes miming a “normal” social gathering. The themes are simply anxiety, narcissism, and companionship. The stage is in complete darkness as Faye Driscoll reads aloud the statements that the audience wrote down at the beginning of the play. The audience’s voices were all heard, and then we leave knowing that we are together and alone. The narrative of the play dances around anxiety, narcissism, and companionship, and the cards let truth be told.