The Curious Incident of the Dog in the Night-Time makes its Philadelphia debut February 28-March 5, 2017, at the Academy of Music. The 2015 Tony Winner for Best Play is an adaptation of Mark Haddon’s best-selling novel. The story is told through fifteen-year old Christopher. Christopher is exceptionally intelligent but ill-equipped to interpret everyday life. When he is suspected of killing his neighbor’s dog, he sets out to identify the true culprit. This leads to an earth-shattering discovery and a journey that will change Christopher’s life forever. Gene Gillette will be playing the role of Christopher’s father, Ed. [Academy of Music, 240 S. Broad Street] February 28-March 5, 2017; kimmelcenter.org. 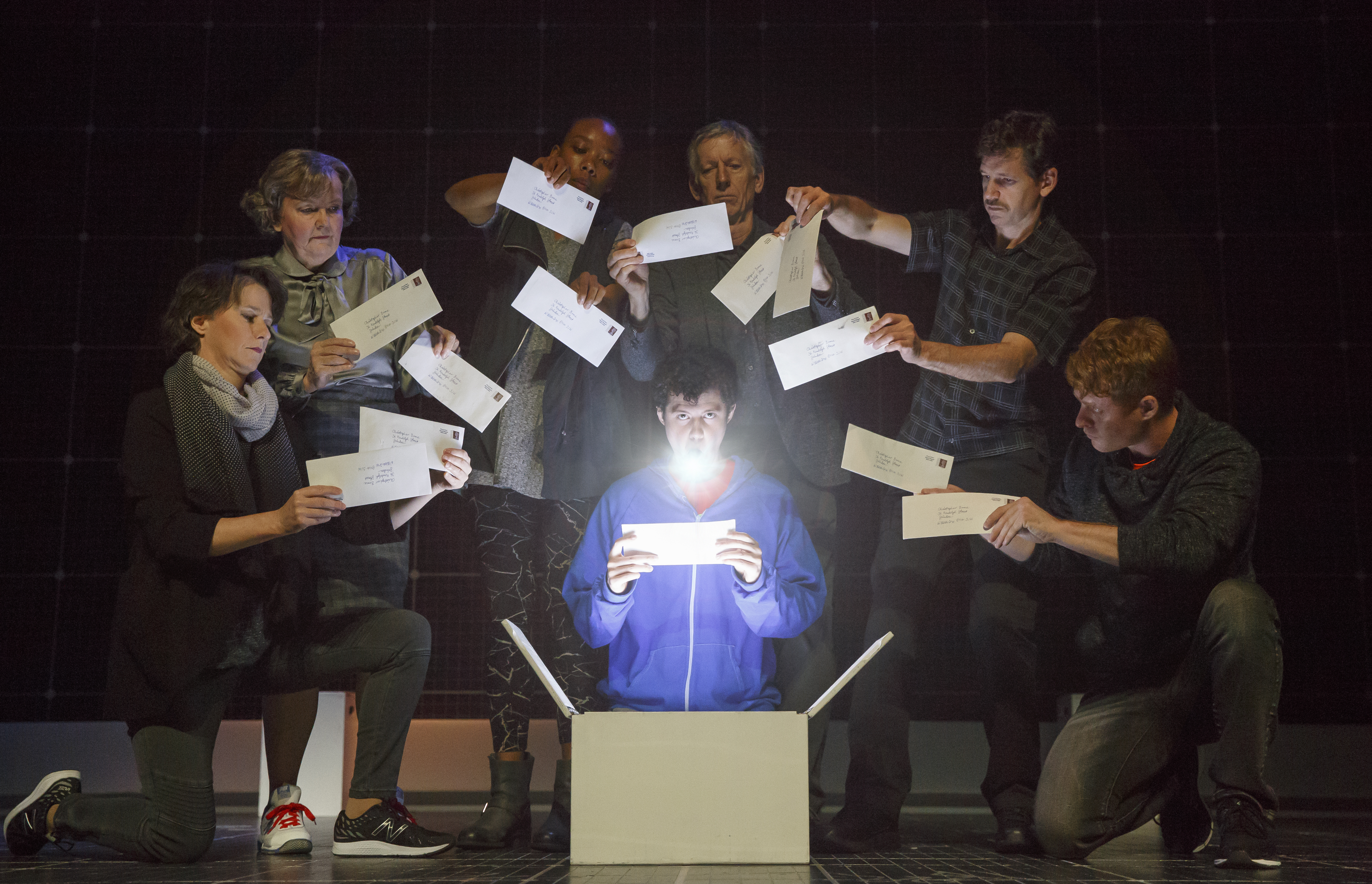 DEBRA DANESE: Had you read the book, The Curious Incident of the Dog in the Night Time, before taking on the role of Ed?

Gene Gillette: Yes, I was performing in Warhorse at the Berkeley Rep when I heard about the national tour of Curious. I read the book and then saw the show on Broadway. For the audition, I had a first read and then a callback with the director. I was asked back for a movement call with the choreographer and was cast as Ed after that.

DD: How do you relate to your character, Ed?

GG: My own dad is my inspiration for the character. I lost my mom when I was five years old. I try to imagine what it was like for him to navigate raising a child without a wife. I think about the challenges and responsibilities he had as a single parent.

DD: What do you love about Ed?

GG: I love how much love he has for his son and how much he sacrifices for him. He is a good man who has made bad decisions. I think we can all relate to him because of that. His son has many challenges and I respect how he handles that. He is always there for him and never considered walking away. You can really see how much Ed cares for his son.

DD: The play is an adaptation of Mark Haddon’s book. How does the production bring something new to the story?

GG: The book is told through a singular point of view, Christopher’s, whereas the play interprets what he is going through. It is an assault on your senses that layers these effects in the story. At the same time, the story remains in service to the book. The playwright is a good friend of Haddon’s. I think you see how much he loves the book and respects his friend. Also, the show is one of a kind and nothing like anyone has ever seen before.

DD: You have extensive credits in both television and theatre. Do you prefer one more to the other?

GG: I have mostly been a guest star, or co-star, on television shows. I would definitely like to focus on doing more TV when I get back to N.Y. But I love doing live theatre. It’s why I got into the profession. Each performance you get to take a journey. I also love playing off of the other actors onstage and experiencing that journey with them.

DD: What are you looking forward to doing while in Philadelphia?

GG: I’ve never been to Philly before and I can’t wait to try a cheesesteak. I love history and I am a big Civil and Revolutionary War buff. I’m looking forward to visiting all the historical sites like the Liberty Bell and Constitution Center.