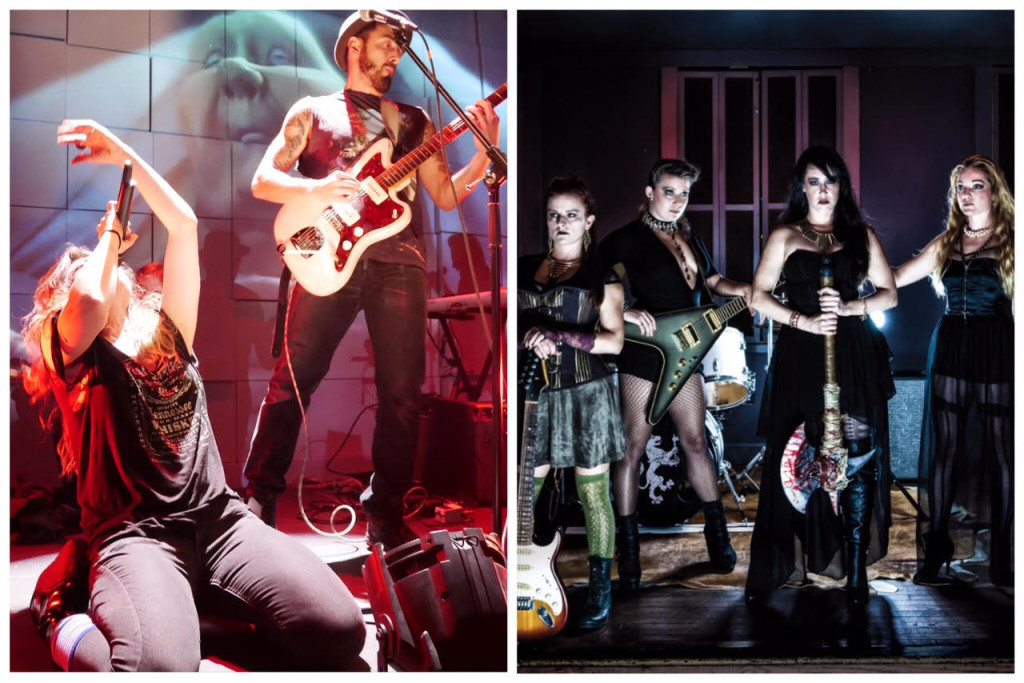 JIB, the world-premiere rock musical with songs by Amanda Palmer has been playing at the Christ Church Neighborhood House to strong reviews. On December 15, NYC-based producers Old Sound Room and The Windmill Factory welcome cast members from the upcoming production of 11th Hour Theater Company’s Lizzie for a one-night-only collaboration.

The new narrative rock musical by Michael McQuilken with music by Amanda Palmer (Dresden Dolls) and Jason Webley follows the rise and fall of a singer/songwriter and a group of strangers who are unknowingly co-composing the same perpetually evolving body of music across time and space. Within JIB, there is a play, a rock show, and a live film which is filmed nightly and distributed online. Each performance features an open-mic segment before the evening’s show.

In that spirit of collaboration, the company asked cast members and artists from 11th Hour Theater Company’s upcoming production of Lizzie, a new rock-opera opening in January at Christ Church Neighborhood House (the same space as JIB), to perform for one-night only. The two groups will join forces on December 15 to perform numbers from their rock retelling of the infamous Lizzie Borden story.