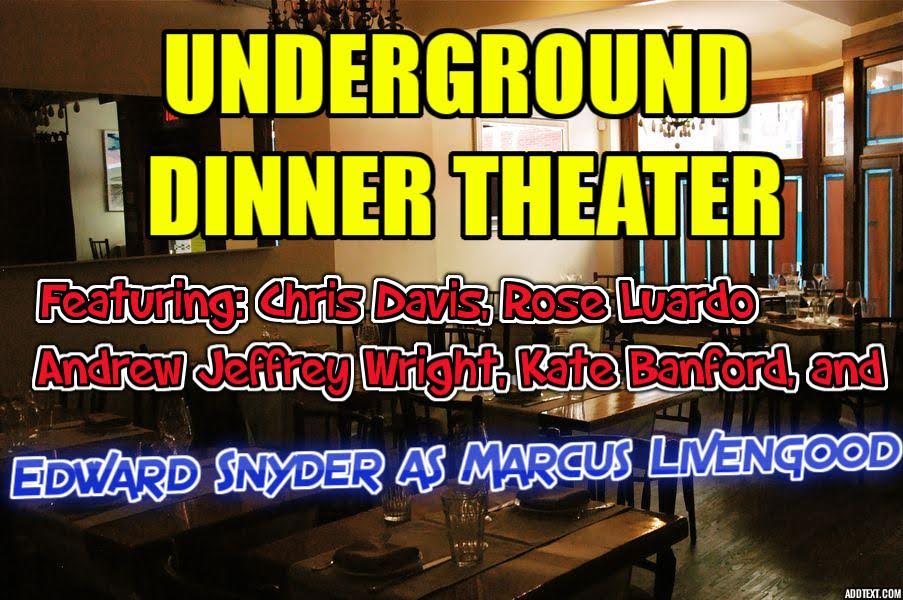 Their performance piece, POWER MIND SELF HORIZON WORKSHOP CLASS FORUM, explores life’s gamut with costume, improv dance and absurdist comedy. It is a mismatch of aesthetics and dialogues between themselves and the audience. Here’s what you will see: the trials of making regular life less regular, dance bologna, inner worlds of discovery and deep clown.

VIOLENCE OF THE LAMBS

34 years of documented research will prove the next great war will be…an Animal vs. Human War.

Stick around! Neuf’s bar will stay open until you feel safe enough to go home 😉

Recently returned from Edinburgh Fringe. Covering such topics as the true cost of a chinchilla coat to depression, dysfunctional relationships, spooning with pillows and day-drinking alone, Chris Davis illuminates the turmoil of life with dry observation and dark metaphors that are sure to make you laugh while secretly crying inside. (‘A strikingly original writer and performer.’ (Scotsman).

Kate Banford is a Philadelphia based comedian and producer with a wildly delightful sense of humor. She is the co-founder of Good Good Comedy which puts up a wide-array of concept shows every damn week as well as the highly successful festival Five Dollar Comedy Week. She is the host of Talkmasters, The One Man Show and regularly performs standup and other weird comedy stuff throughout Philadelphia. Check out her writing at www.katebanford.com or follow her on twitter @kbanf.

Save on a two-show Monday & Tuesday Ticket! – $50
undergroundtheater.brownpapertickets.com