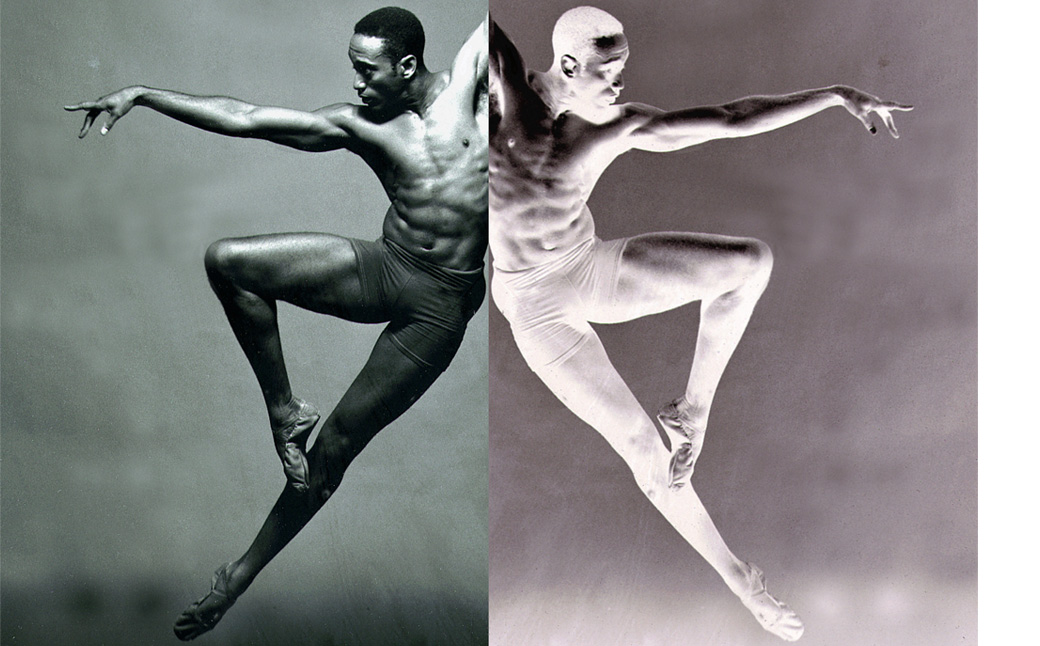 Rainey originally intended to perform a solo piece commission for the Annenberg’s ‘By Local’ series, but instead it morphed into this co-authored fusion ballet performed by both artists for its premiere performances April 1-2, 2016.

In the six months that they have been working on the ballet, there has been a lot of buzz in the dance community about their partnership. “Everyone has been saying ‘what took you two so long. It’s so interesting to see how this piece has changed,” Rainey observes.

“Actually, for a long time I had wanted to learn Tania’s ‘Open Notebook’ process and we never had the chance. At first, she was just going to facilitate my work and I was going to dance solo,” Rainey said “But, actually, it’s Brenda Dixon Gottschild fault. When she heard that we were working together and she thought that meant we were planning to dance together, so I just said, well Tania… why don’t we?” It was a partnership ready to bloom.

Isaac is an independent dancer-choreographer and is former member of Urban Bush Women, Rennie Harris PureMovement and David Dorman Dance. Meredith has had a distinguished career as soloist with Pennsylvania Ballet from 1987 until his retirement in 2006.

He has since choreographed works for several companies in the US and abroad and also teaches in various schools in the Philadelphia area. Several years ago he formed Carbon Dance Theater but decided to disband because of funding challenges. Rainey is has a wide ranging choreographic template for both ballet neoclassic and modern idioms.

Tania Isaac fuses choreography with personal documentary and social commentary. She has developed a creative process called ‘Open Notebook’ in which dance artists chronicle their thoughts, feelings and ideas about a particular project.

“I was writing everything down that Meredith was saying about for the piece, because I thought he wasn’t.” Later, she found out he was keeping copious notes. So “we both came in with a lot of footage” to borrow a film term, she said.

In his years with PAB, Rainey was one of just a few black male dancers in lead roles in the mostly white world of classical ballet companies. Rainey was also an out gay dancer at a time when the closet door was publically slammed shut.

“I’ve been going through thinking about where I am and who I am in my life,” Rainey intimated. “Am I a dancer, am I a choreographer, where am I in my career. “ He also contemplates his artistic life being “a black man in ballet. I’m a gay man and I’m married to a white man. So there have been these situations where I’ve always been on some margin, being ‘the only one in the room, again, on that line. ”

He credits Isaac for putting these personal experiences in choreographic perspective for (In)Visible into a ‘distilled’ choreographic dialogue.

“I never felt like, hey, you are taking my thunder.” Meredith said. “There was no hang-ups about separate aesthetic,” Tania assured.

Isaac said that she relating to Rainey’s “arc of experience and trajectory as a dancer-choreographer,” she explained. “It overlaps with similar experiences I’ve had of realizing where I might feel I don’t feel I quite fit in. I started to intersect his text around our shared dancer-choreographer identity. We had all this prepared material, we would come in with sections to rehearse, but we just kept dancing,” Isaac said.

Rainey adds “And what was so fun was that we would just go off. So we literally had to start insisting that we had to force ourselves to say stop dancing. But we didn’t stop.”

Earlier this week they invited Marcie Mamura, a colleague from the dance faculty at Drexel University where they both teach to be their ‘extra set of eyes’. Mamura later commented to me about their dynamic chemistry onstage “They both have such an established artistic voice and both are so open to collaborate and explore.”

How they intersect choreographically has been an exercise that has pushed both of them to dance out of their aesthetic zones, Rainey said we had to“ do things we wouldn’t do normally….Tania’s a post-modernist and , you know, she does not lift a leg, and I said to her ‘you’re going to get your leg up.’ And for me, well, I don’t roll on the floor” and he immediately adds “so off course, she’s got me on the floor and, you know… I’m loving it.”

Isaac admits that “Meredith gave me really lovely moments to dance. What can get lost sometimes in (postmodern) is a love of a certain kind of virtuosity, so I can admit that yes, I can do this and it feels right. There is a way to remarry all of it, we don’t have to dismiss anything, but find ways to be aesthetically true. “

Though Rainey hasn’t performed onstage for several years, he looks like a ballet dancer in any given mid-season shape. “The last time I danced was in 2010 and that was no where near as hard as this,” he said, “I do love being on stage. So we’ll see what happens after this. It takes a toll. Tonight I’m going to have to go home and ice my entire body. But that’s ok.”

There will be an audience talkback with Meredith Rainey and dance scholar Brenda Dixon Gottschild after the April 2 performance.