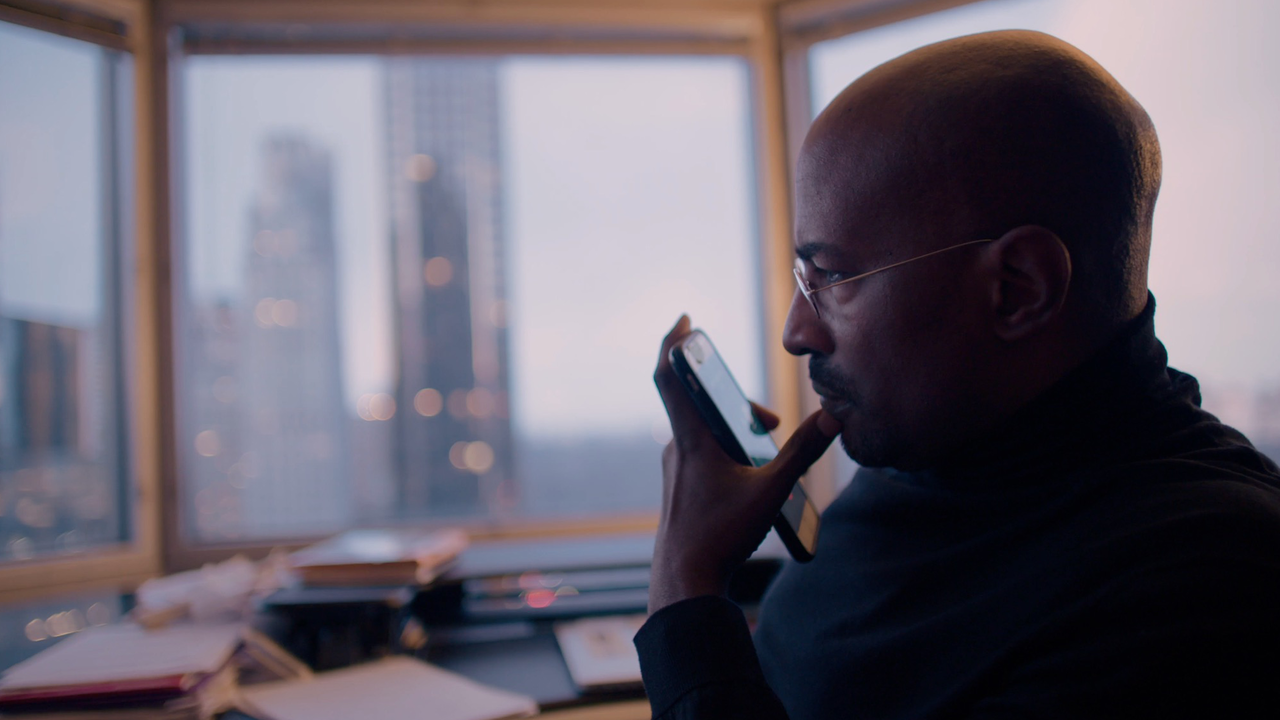 “Are you still a communist?” yells an edgy CPAC attendee as Van Jones passes by.

“You’ll have to watch my show to find out,” laughs Jones in response as he wades through hostile territory.

To be completely fair, I had never heard of Van Jones until I saw The First Step, and it’s largely because I am not a guy who watches TV news. I’ve moved away from politics at large because so often it feels like football, and I don’t like football either. My personal politics could be loosely described using a term I’m making up right now: anarcho-cynic. As a rule, I don’t trust authority and I hate groupthink. But since I’m a bit of an idiot, I try to stay open minded while I vote with an eye toward election reform, tax transparency, the end of war and, for the love of everything holy, some damn healthcare.

So I did a little research before watching the film, and it appears that Van Jones is somewhat of a controversial figure, whose crimes seem to include “getting stuff done, but doing so with the help of the bad people.” Hardly the worst thing someone could do, but in a political climate of “you’re either 100% with me, or you’re a broken monster who I won’t acknowledge but to spit on,” maybe it is…

The First Step chronicles the trials and tribulations that Van Jones endured in order to facilitate the passing of the First Step Act, a prison reform bill that could result in tens of thousands of non-violent incarcerated Americans getting released early. Sounds like a winning idea, but at the time of the bill’s day in the sun, Trump was President, divisiveness was big, and party loyalty ensured that “bipartisan solutions” to our ills were the stuff of fantasy. On one side is the “tough on crime” crowd, who won’t jibe with any bill offering leniency to convicted criminals. On the other are those who see the bill as being not nearly comprehensive enough, many of whom view cooperation with the opposing wing as an evil that outweighs any potential good.

Jones, a Democrat and a Black man, is willing to reach across the aisle if it means results. He doesn’t love Jared Kushner, but he does share similar goals for prison reform. Jones believes that it’s more important to focus on common goals than to divide over what might only be a percentage of one’s platform. He sees the opportunity for quantifiable change as something worth fighting for, even if it means fighting alongside people who aren’t necessarily your friends.

I am naturally inclined to agree, and the documentary takes this editorial angle for the most part. But what makes The First Step so effective is that the people who oppose Jones’ methods are not portrayed as antagonistic. Keeping with the general thesis (that of inclusion), the film allows breathing room for every opinion, showing that Jones’ detractors are acting from an honorable and logical place. It’s refreshing to see, since constant polarization tends to highlight bad-faith actors while portraying any uncomfortable opinions as having been reached due to some primary internal defect rather than a genuine place of care. And despite Jones’ tireless efforts, a lot of people still have not gotten on board by film’s end, and all have valid reason to feel this way. For example, it’s completely understandable for a Black activist to take issue with the fact that prison reform and epidemic level addiction only seems to get press when whites are involved. Totally fair, totally valid, but whereas said activist correctly sees this as a sign of institutional racism that must be addressed, Jones sees it as an opportunity to integrate unheard voices into a system in need of improvement.

There’s a powerful scene in which an older white Trump supporter discusses his vote with a young, queer, Black progressive. There is undeniable tension in the air, but without a computer screen separating them, they are able to see the humanity in one another, and even though they don’t reach a full agreement, indelible progress is made. You get the sense that the conversation isn’t over, and further growth will occur. This happens regularly, each example acting as a microcosm of Jones’ goals at large.

While these candid moments are immensely effective, there are a few sequences that feel a bit like filler. But that’s all par for the course for a relatively short, boots-on-the-ground, in-the-moment documentary that can’t possibly predict what its full story will be. At the end of the day, The First Step is a story worth telling. Diverse people, whose relationships aren’t typically simpatico, gathering together to produce tangible, permanent change in an area of society that desperately needs it. Is it possible to reach across the aisle and get it done? The proof, as they say, is in the pudding.