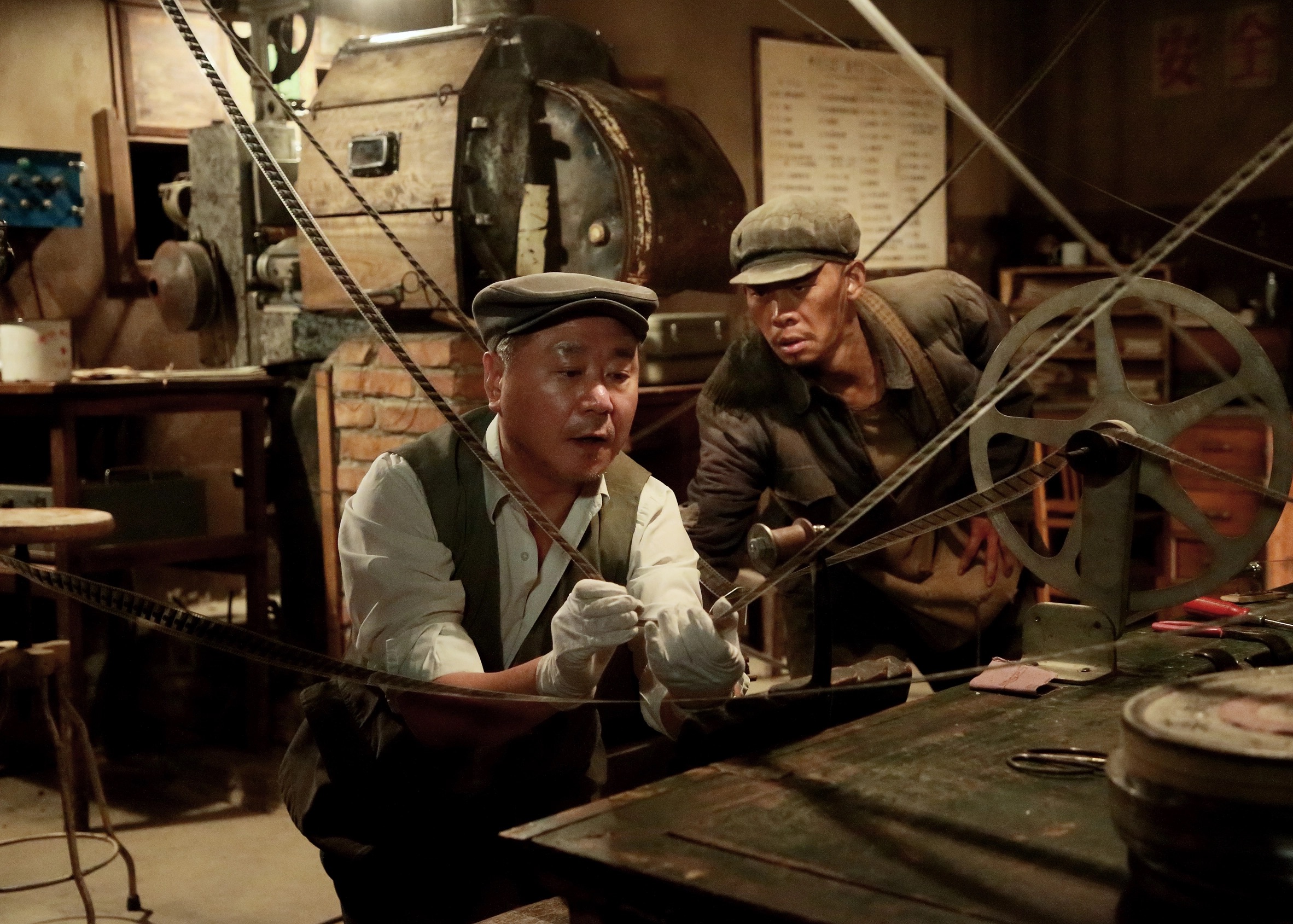 Every year I try to see a movie, picked at random, for which I have no information. A total blind date with a film. Sometimes it’s awesome, sometimes it’s terrible, but it’s always a fun experiment. This year, my blind pick was Yimou Zhang’s One Second, and it turned out to be the perfect film for the return of the in-person film festival. Yes, this movie is a movie about movies, and we all love a movie about movies.

Based on the novel by Geling Yan, One Second occurs over the course of a single day during China’s Cultural Revolution. On the day in question, a film reel is stolen from Mr. Movie, the man responsible for exhibiting films and newsreels to the citizens of his outpost. The orphan who stole it, and the man who witnessed the theft form an uneasy friendship, while Mr. Movie works to make his film whole again. And when one reel ends up spilling into the dirt, it will take the entire population to clean it up and make it functional for the evening’s festivities.

It’s process lover’s dream to watch as a ruined film reel is rehabilitated by a large group of caring amateurs. In fact, a whole movie of people silently washing celluloid and then loading it into a projector — knobs twisting, gears cranking — would be hypnotic. One Second just has the added bonus of tremendous character work and gorgeous cinematography to boot.

As this repair process moves along and the populace gets antsy about the evening’s entertainment, we slowly learn why each of the main characters is so invested in this particular reel of film. Their motivations are all different, but the goal is the same: the newsreel simply MUST be seen, and no amount of tedious repair work will stop any one of them from making it so.

The film is funnier than previous output from Zhang, and it carries a torch of joy and humanity from beginning to end. It’s a delightful film about the power of cinema, the pleasure of exhibition, and the collective experience of consumption. After over a year of watching movies at home, watching this ode to my favorite medium on a big screen, in a room full of cinephiles made my heart grow three times.

One Second was originally in competition for the Golden Bear at the Berlin International Film Festival in 2019, but was pulled from competition due to “technical difficulties.” Most believe this to be a fabrication, and that the film was pulled at request of the Chinese government as an attempt to censor a story that has a lightly critical subtext. This sounds pretty believable to me, and I bring it up because we’re getting a bit censor-happy here in the states as of late, and I just can’t abide. Censorship is bad, full stop. Don’t do it.