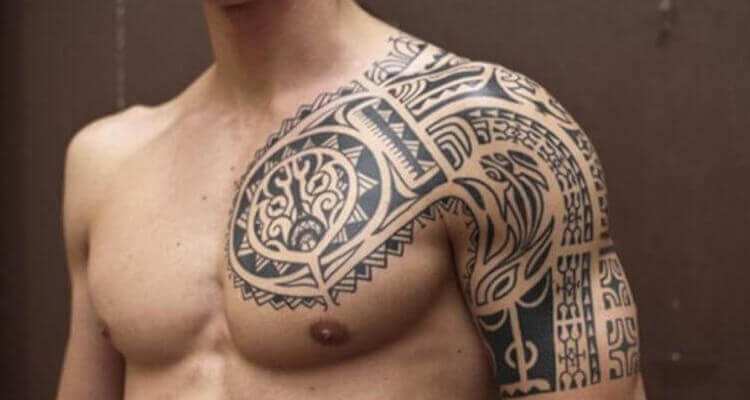 The Importance of Tattoos in Different Cultures

Throughout history, many cultures have been enriched through their use of tattoos. The word tattoo comes from the Tahitian word tatau, which translates to tap the mark.  Early forms of the tattoo were found on the mummified remains of Otztai, an Ice-aged man who died about 3,400 BCE in the Alps between Austria and Italy. The early nomadic Pazyryka of Russia were known to use elaborate tattoo designs as seen on the mummified body of the princess of Ukok, who died about 500 BCE.

It’s believed that tattoos were used for healing and religious rituals. Egyptians used tattoos to help the departed identify each other in the afterlife. Many eastern religions use tattoos for protection and devotion. Buddhism and Hinduism use tattoos extensively, while Islam, Judaism, and Christianity in general frown on or forbid the use of tattoos.

Many of today’s cultures still embrace tattoos for a variety of reasons. Some cultures use tattoos for identification allowing their members to be spotted because of a certain design or tattoo’s location.

The NZ Maori are famous for their Ta Moko, a tattoo traditionally applied on the face of men and lips, chin, and sometimes nostrils of women. Today many people still sport tattoos, but often prefer to have them placed on the chest, shoulders, or arms. Originally they were symbols of social status, rank, prestige, and power. Even today they are ritualized and revered, some consider them as part of their rite of passage to adulthood.

The Samoan culture has the pe’a, men’s tattoo it’s usually from the waist to the knees and the malu a more intricate design for women usually from the knees to the upper thy. These represent respect, honor, rank, community pride, status, and power, for Samoans.

Tattoos were outlawed in Japan in 1870 as the government felt the subversive or defiant commoners identified with and were untied using tattoos. This changed the people’s perspective of tattoos from a splendid art form to one that was associated with crime and the Ikuza or Japanese criminal subculture.

Many parts of India have their own cultural traditions regarding tattoos. The Apatani up until it was banned in the 1970s, practiced tattooing the faces of young women with blue marking to make them appear unattractive, preventing neighboring tribes from abducting them. The Singhpo of Arunachal and Assam tattooed the legs of married women and the hands of married men.

The Konyaks of Nagaland liked to tattoo their faces to show their prowess in battle and establish a tribal identity as well enable their recognition after death.

To prepare for motherhood and life’s challenges Santhal women used floral tattoo patterns to adorn their bodies and faces. A tattoo called the Chati Godai was often inscribed on a girl’s chest as she reached puberty or got married.

Mandala tattoos are usually represented by intricately drawn circles depicting eternity, completion, and the universe of a traditional part of Buddhist culture.

From the different native tribes of the Americans to Hawaii, tattoos have been a traditional part of people’s culture and lives. Designs of animals and spirits, including the well-known dreamcatcher that’s used to ward off nightmares are commonly done by modern-day tattoo artists. They are often used to show patriotism, self-expression, as a means to express an individual’s beliefs, ideals, and passions. A wide range of people from all walks of life including pop culture followers, ethnic groups, the military, vets, bikers or gang members, prison inmates, and individuals, all find the use of the tattoo helps to form feelings of solidarity and comradeship.

Some people frown on tattoos, while others tolerate, embrace or accept them as part of today’s multicultural, multiracial, and intercommunal environment. Tattoos remain a way of allowing individuals and groups to express and distinguish themselves. They help others identify their causes, beliefs, and traditions.

Many people still enjoy the idea of getting tattoos, whether the design they choose is small or large. They are a symbol of individuality and freedom of choice. Tattoos are an art form that is ever popular and almost always permanent.  Before getting a tattoo, a person should consider the long-term impact and the possible social consequences of the design, size, and position of their tattoos.

One Reply to “The Importance of Tattoos in Different Cultures”