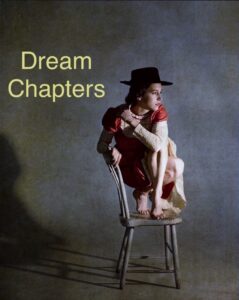 The dancers hail from distinct movement backgrounds. While dancers Carbonell, Ma, and Isakowitz often dance together under the umbrella of Philly-based Kun-Yang Lin/Dancers (KYL/D), their dancing roots are quite varied. Ma received her early training in Contemporary and Classical Chinese Dance at the Beijing Academy of Dance; Carbonell started her career in classical ballet and was drawn to contemporary dance through the lens of the GYROTONIC EXPANSION SYSTEM®. Isakowitz inhabits his own movement blend, which draws from Jazz, Gaga, and modern dance.

Currently on faculty at the University of the Arts, Shayla-Vie Jenkins is a modern dancer and maker, whose style is informed both by her own personal voice and her many years with Bill T. Jones/Arnie Zane Company. Named one of Dance Magazine’s 25 artists to watch, breakdancer and creator, Joshua Culbreath brings high-level physicality and expression.

Dream Chapters comes to life in a turn-of-the century garage, recently converted into a studio space. For Dream Chapters, the artists will inhabit the indoor space, while the audience looks in from their socially distanced seating arrangements outside in the open air. Stage Manager and Lighting Designer, Francis Markocki, who also happens to be a fellow Dance Artist at KYL/D, is the artful eye and hand behind the personalized lighting which will be installed in the space specifically for these performances. Other visual surprises await the audience in the form of set/prop/costume pieces, which will weave together the ordinary and the imaginary.

One Reply to “Live dance begins its return with Dream Chapters”