Walnut Street veteran Karen Peakes is back on the mainstage in an “important” role. Peakes is portraying the sassy, outspoken Mrs. Allonby in the currently running production of A Woman of No Importance. The Oscar Wilde play premiered in 1893 and is still packing comedic punches with its satire on double standards.  Peakes talks about her role and life on and off stage with her husband and co-star, Ian.

A Woman of No Importance is playing thru March 1, 2020. walnutstreettheatre.org

Debra Danese: This will be your ninth show at the WST. What makes this theater so special to perform at?

Karen Peakes: Over the years, I’ve gotten to do the widest array of characters! I love that The Walnut has been so open to exploring my range as an artist. I’ve never felt like they see me as a “type,” which is freeing. 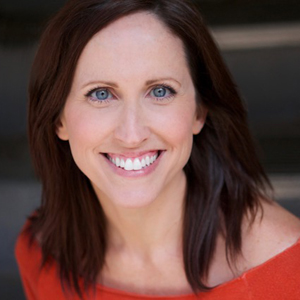 DD: Looking back, what have been your favorite roles?

KP: It’s so hard to pick favorites, but my first show at The Walnut, years back now, was Of Mice and Men. The character of Curley’s Wife definitely sticks with me as special. That whole show was magic.

More recently, the mother in The Curious Incident of the Dog in the Night-Time was a gift each night to perform. Maria, in A Comedy of Tenors, was a hilarious adventure, and finally, all three of the characters I was lucky enough to explore in Last of the Red Hot Lovers. That was a true joy!

DD: Your character, Mrs. Allonby, is described as having a reputation for controversy. Do you agree?

KP: For the time in which this play was written, she would’ve been extremely unconventional and a bit shocking. To our ears today, I think she merely sounds modern. She expects more than the mundane from her life—and her relationships—and isn’t the least bit shy about letting everyone around her know it. She’s basically a woman trying to live her best life in a society designed to thwart that goal. Sounds pretty relatable to me!

DD: Your husband is playing Lord Illingworth. What is the dynamic like performing with your spouse?

KP: Ian and I have been lucky enough to work together many times over the years, which is rare in this profession, so we both feel quite fortunate. We actually love to be onstage together.

We have a similar sense of timing which makes the Oscar Wilde banter particularly satisfying to play. It’s lovely to share the stage with someone you respect and feel supported by, and when that person also happens to be your spouse, it’s even better!

DD: Do either of you ever bring elements of your character home?

KP: This is a question we get asked a lot actually! It’s not an easy thing to answer. It depends on the show and it’s almost never an obvious thing. Usually, it’s not until a show is over that one, or both of us, realizes a certain mood has lifted, or a connection is made between a character and the effect it had on home life.

Sometimes, as with a comedy, the effect can be a heightened sense of silliness and general fun. With a drama, it can have a darker side with more intense roles taking a toll emotionally.

As far as this play goes, I’d say the sense of fun and silliness is winning. And that’s alright with me.

DD: What’s the most interesting thing about you that we wouldn’t know from reading your bio?

KP: I guess in my bio I do mention that I narrate audiobooks, but I do think it’s funny that some of the craziest characters I’ve ever done have been using only my voice. And the majority of them have been recorded in the dark, cramped space of my tiny “studio”—the closet of what used to be my son’s nursery. It’s a glamorous life!