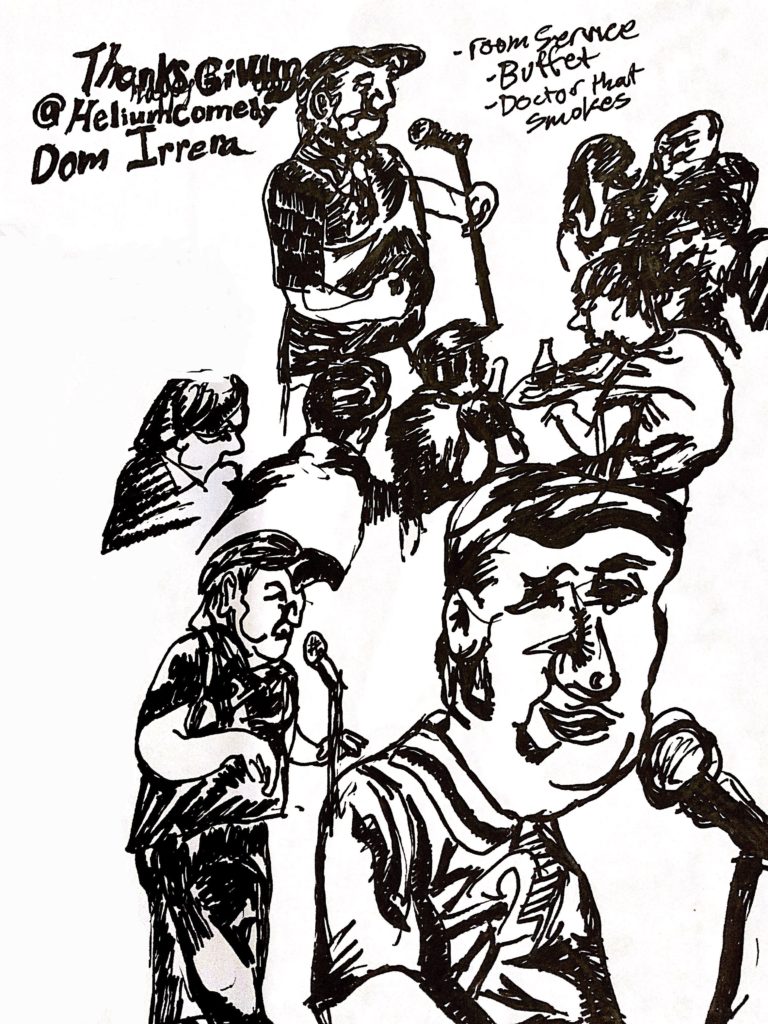 Hosted by Steve Ronaldi, The opening was perfect for these two native Philadelphian comics. This Thanksgiving show is packed with all the reasons why we choose to live in Philadelphia. It is a little reminder of the weirdo’s and diverse collective that makes up this historic city. 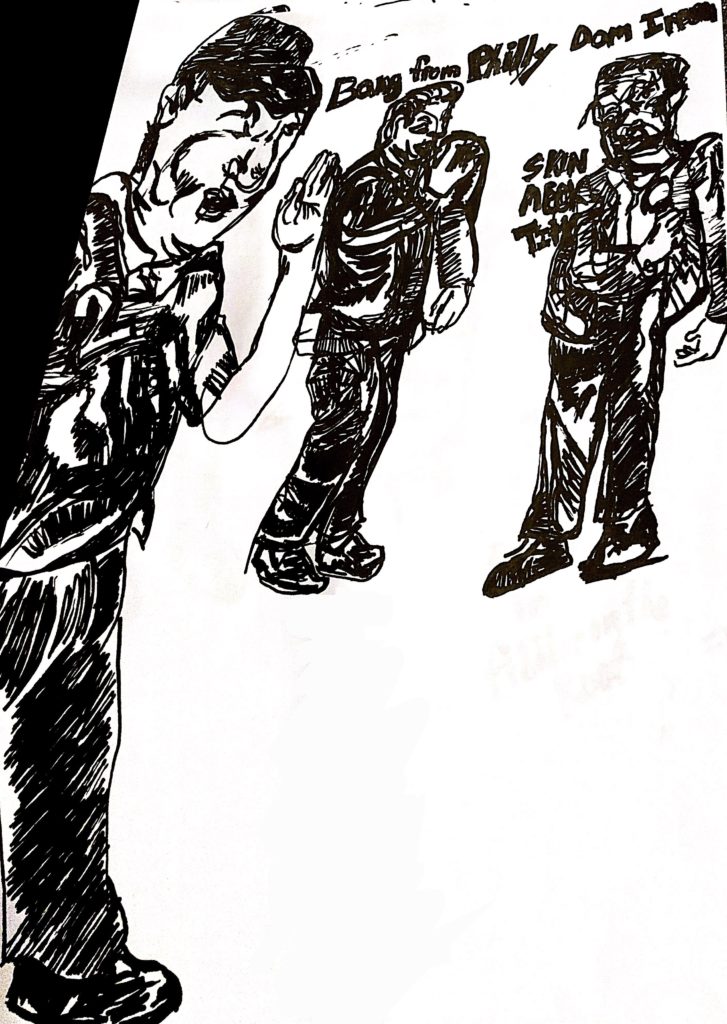 The spirits of revolution show in Eleanor Kerrigan’s reaction to the audience’s sensitive ears. “Is this some kind of pro-life rally,” and “California is really beautiful even with the fires.” Host, Steve Ronaldi, lightened up the mood with how great it was to be back in Philly. The Comic resides in Chicago now, and reminisces about the way his father threw him a going away party before he knew he was even going anywhere. 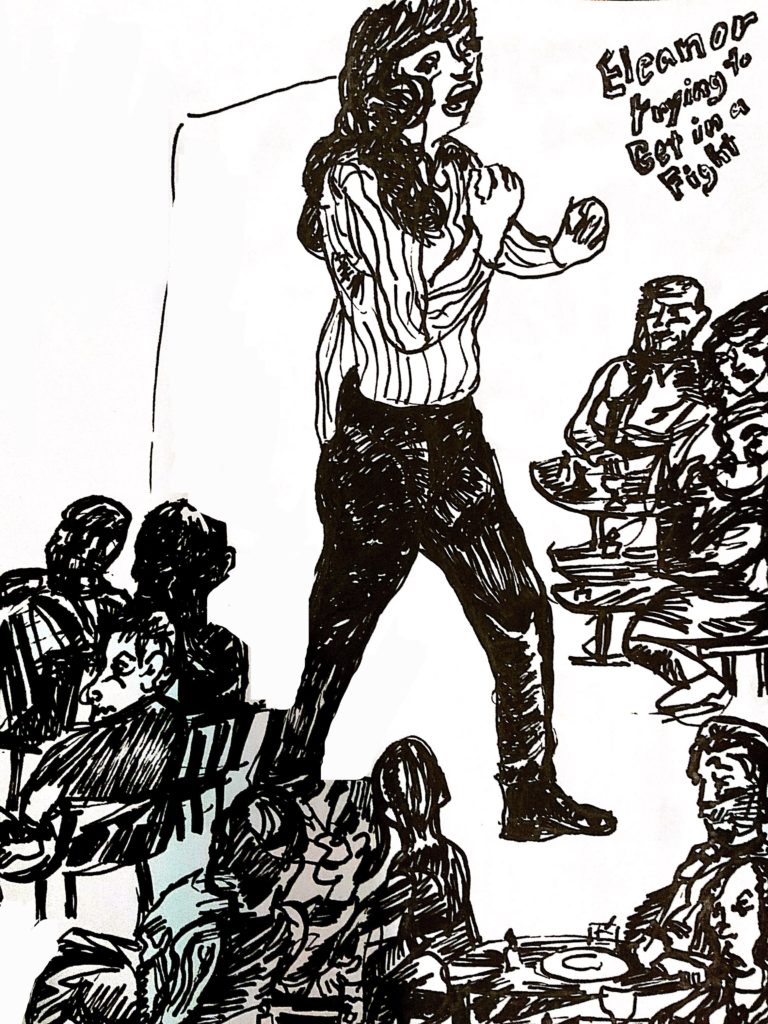 Dom Irrera and Eleanor J. Kerrigan are from Philadelphia and they go way back. The streets were full of characters like these guys- wise guys! Now its just one block on Samson Street where the police have to tape off the section of the street because there was a shooting. 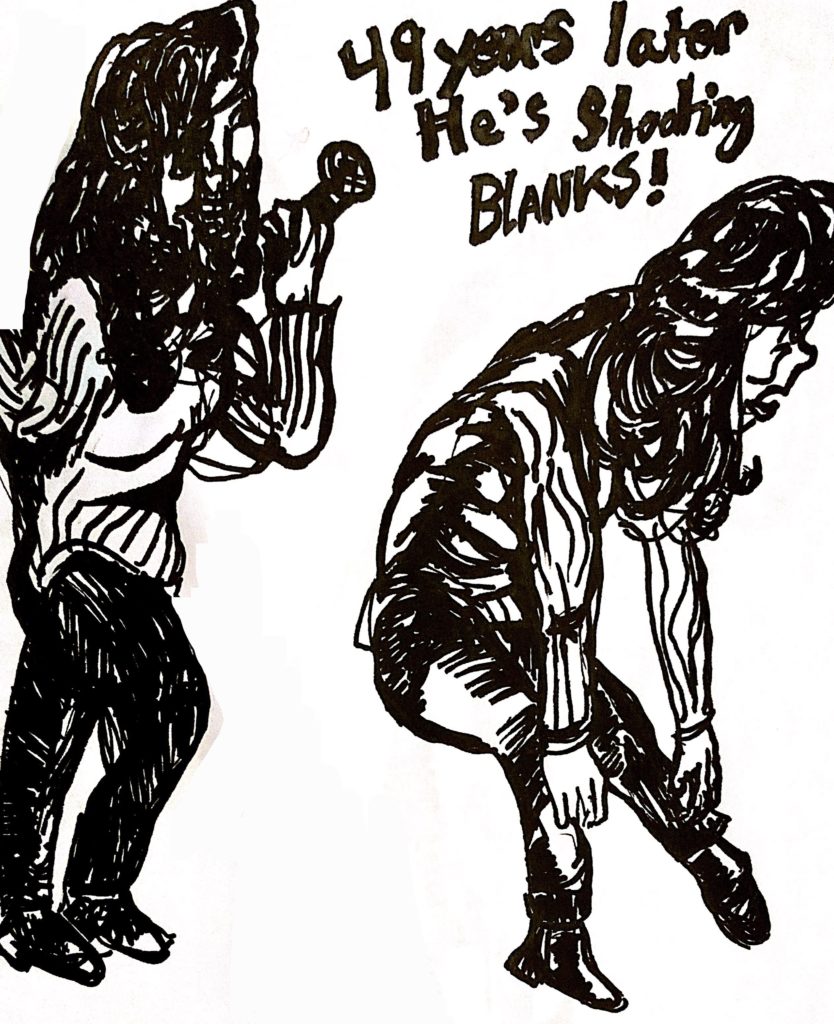 Dom Irrera is peaceful, that’s charming the way he talks to the audience. It is not too far fetched to hear someone tell the truth about certain things: potatoes, buffets, room service, doctors that smoke, dating a younger woman, and asking the audience what they want to hear but not remembering that story. 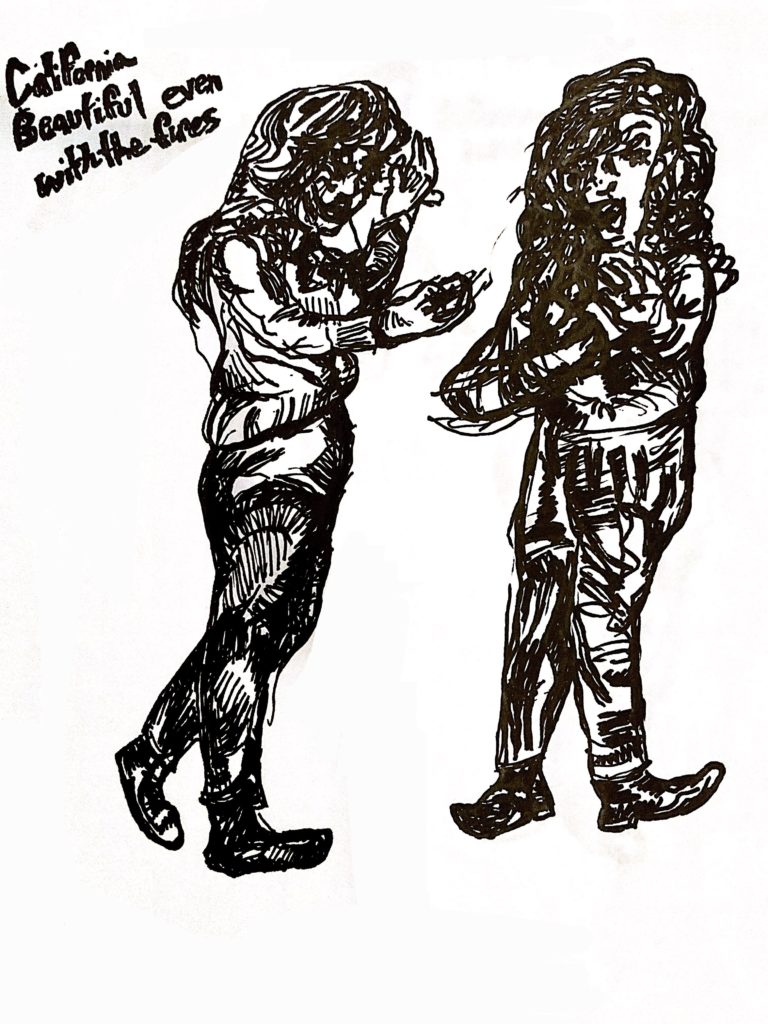 The story started with three guys, one Italian, one Irish, and ….. in the street….. how does that one go? “Why did I even ask you guys that?” Then, the audience loosens up and the conversations with the first row begin to take over. The comedian and dinner guests start exchanging information about their mother’s age, their daughter’s birthday, and a husband’s divorce. I am not one to pry into anybodies business, but this was great comedy to get into all of their business. It got messy, and unexpectedly touchy. Speaking of touchy, Steve Ronaldi’s explanation of living in Schenectady, New York was great- SKIN-NECK-TITY, and how the dialect goes to show who is or isn’t from around there. The manner of checking out groceries with a Schenectady accent, “Honey your not from around here,” and her presentation told Ronaldi not to stay in Schenectady for too long, like a creepy horror story. 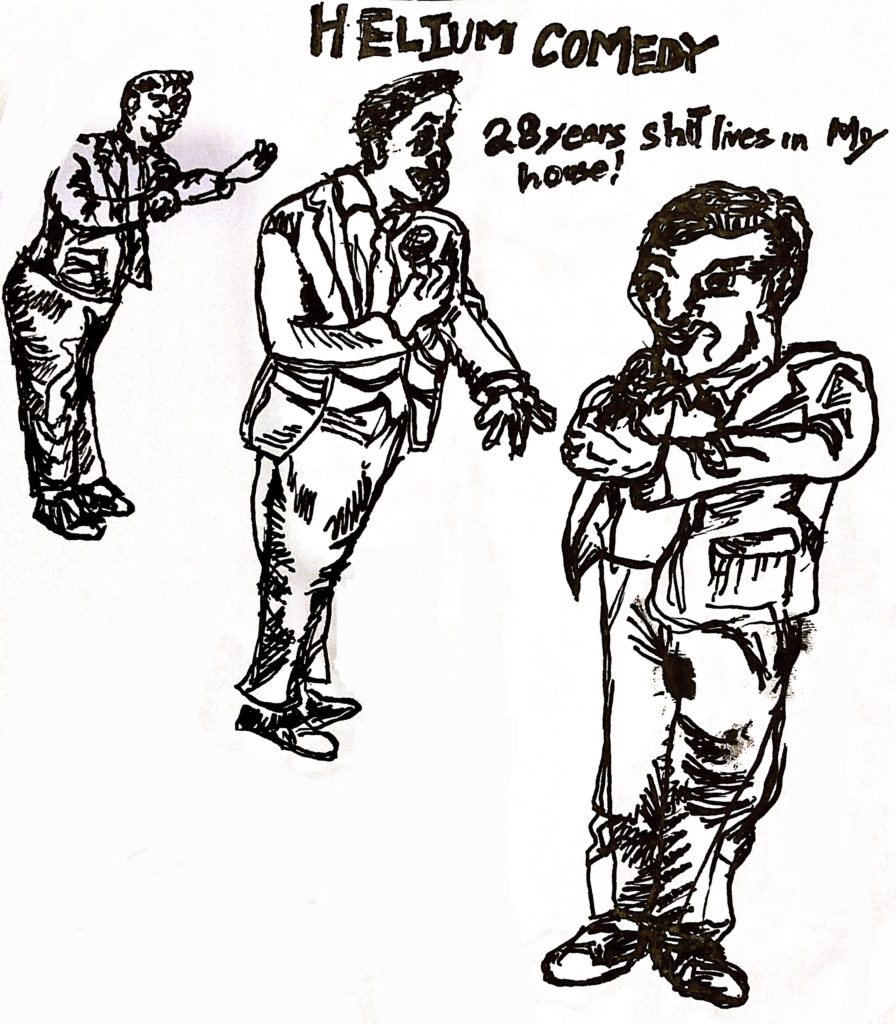