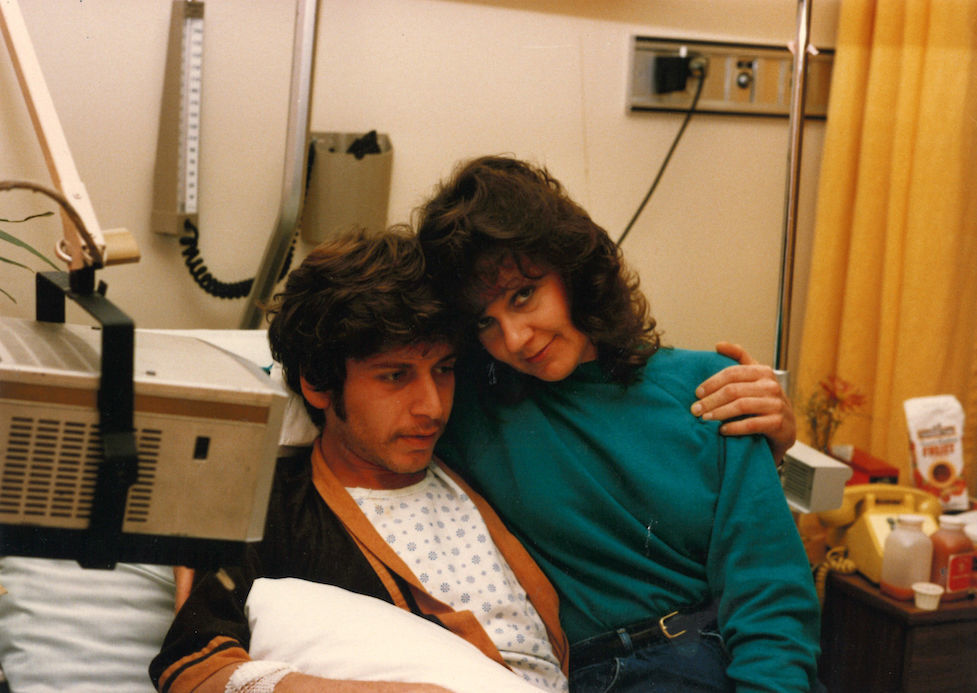 Here in America, we pride ourselves on being open-minded, caring, and unwilling to back down in the face of adversity. We are the arbiters of ethical conduct and the punishers of those who don’t abide by it. Basically, we see ourselves as a shining example of the code espoused by Captain America, yet in practice, we leave much to be desired.

We are now over thirty years distant from the AIDS crisis of the 1980s, and you’d think that with so much time, we’d be able to look back and see how far we’ve come. In a lot of ways we can mark great progress. HIV is no longer a death sentence, and those who suffer from it are typically treated with dignity. Yet in other departments, we still let fear govern us. We still do our darndest to “other” things that we can’t understand. 5B, the heartbreaking new documentary from filmmakers Paul Haggis and Dan Krauss, aims to show us just how easy it is to slip into such patterns of indignity, while highlighting the heroes who refuse to let it happen.

Ward 5B was a section of San Francisco General Hospital devoted entirely to HIV and AIDS patients during the 1980s. Those afflicted with the mysterious disease, at that time colloquially referred to as “gay cancer” could come and get treatment. At the time, treatment was really just a matter of comforting the patient as they approached a painful death. At a time when no one knew how the disease spread or why it was affecting the homosexual community in epidemic numbers, the medical professionals of 5B were an exceptional bunch. In keeping with their Hippocratic oath, all put fear aside in order to help those in need.

The bulk of the film is an assembly of incredible footage taken in ward 5B during its most active years, narrated by those on the front lines, as well as by others who found themselves involved with the crisis. This amazing group of talking heads gives us a nuanced look at the AIDS outbreak on both a micro and macro level, marrying the outbreak at large to the day to day struggle of giving care in an impossible situation. Mind you, this was the Reagan 80s, and the homosexual community was regular considered subhuman by the powers that be. For a marginalized group to be targeted by a mysterious illness, and for the government that claims to stand for all people to muster a lackluster, perfunctory response was a betrayal to our values as a society. At the same time, 5B takes time to show us a fair view of the other side of the equation. While the fight for patient dignity is a noble one indeed, what can be done to protect healthcare workers who may be at risk of exposure? It’s a tough question, and it’s one that’s fascinating to look at in hindsight. On the one hand, of course we need to make sure that doctors and nurses are safe. On the other, it’s quite easy to couch homophobia in a shell of “personal concern,” and to use such concerns to build persecutory legislation. The parallels to the way we discuss hot button issues in the present day are alarming to say the least.

Also alarming is the nature of the footage on display. It’s not easy to watch as patients struggle with pain. It’s even harder to watch as they explain how desperately they need human contact now that they’ve been deemed “dangerous.” Perhaps most upsetting is the hidden camera footage of an modest gay man being violently assaulted by his hateful neighbor. But for every piece of gut-wrenching footage, 5B shows a reel of hope, typically in the form of patients receiving the physical contact they so desperately crave, or of a loved one sharing their time with a smile.

5B separated itself from other wards in that it took the position of patient advocacy above all else. As far as they were concerned, it wasn’t up to the law to determine who in the patient’s life could be considered family. With so many patients having been ousted by their literal families, the policy of 5B was to let them choose. Pets could come for visits, and significant others were even permitted to share a bed. One volunteer made it a point to regularly serve a festive Sunday brunch for everyone in the ward, complete with costumes, activities, and as high quality a meal one could expect within a hospital setting.

Haggis and Krauss play with the format a bit, using the structure to drop a handful of revelations on us at pertinent moments throughout the film. In many cases, such “tricks” could be regarded as exploitative, but here it’s most definitely not the case. These bits of concealed/revealed information serve only to delay our judgments as viewers, while simultaneously calling into question just how willing each of us is to give in to stereotype without even realizing it. It’s a smart move for a film that aims to put a face on the disease without characterizing the disease itself.

It’s this cue to introspection which makes 5B essential viewing. Through the 20/20 vision of hindsight, it’s clear how easily fear can blind us to the ways we strip others of humanity. If we don’t learn from and reckon with our history, we are doomed to repeat it. Midway through Pride month, it’s important that we remember not just those who died on the fringe, but those who continue to live there to this day, and who work tirelessly to dissolve the stigma of an “alternative” lifestyle, while expanding the notion of normalcy well beyond what the old guard was willing to consider.