Hip hop artist Rennie Harris is set return to Philly with Rennie Harris: Funkedified. The show—inspired by the soundtrack of his youth—features 1970s funk music. Harris’s Puremovement company will be joined by fellow Philly crew, The Hood Lockers, and the New York funk band, Invincible. Harris talks about his dance journey, including the highlight of his career so far! 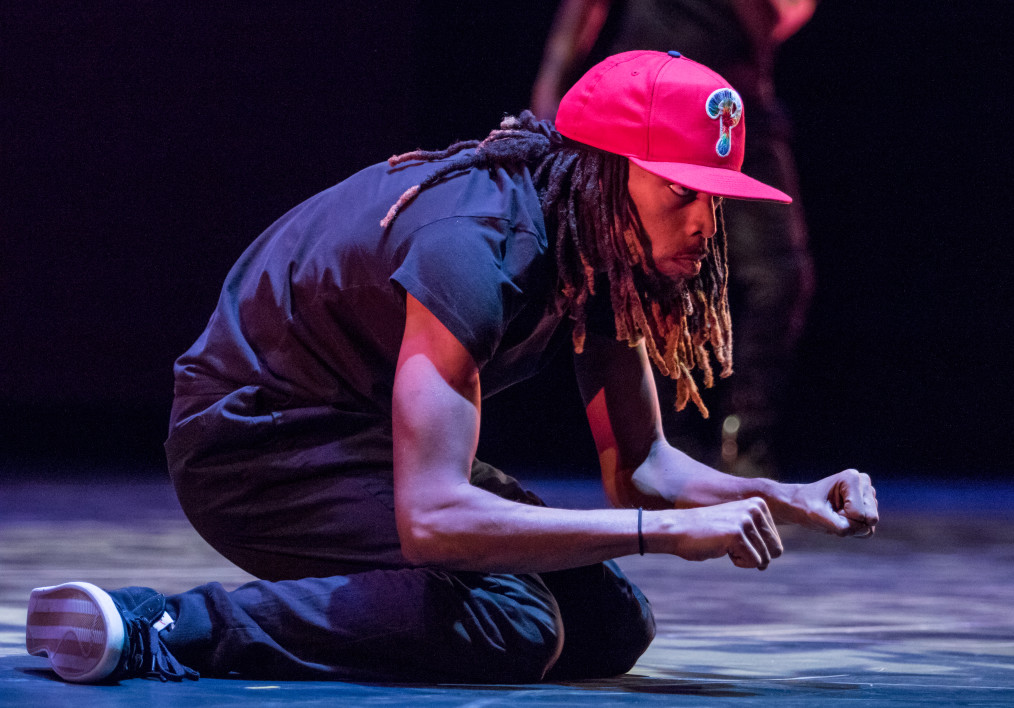 Debra Danese: You’ve said this show was inspired by your childhood. Can you tell us more about that and your process in creating the work?

To be honest, I don’t see myself as having a process, and yes, having no process is in fact having a process, so to speak. The issue for me around this idea of having a process is cultural.  It’s been my experience that Euro-Americans, or those who subscribe to western cultural values, are of the belief that there’s some sort of beginning and/or ending. This suggests there’s some sort of structure.  Structure suggests there’s some order or pre-mediated thought “process” used to create. As an African American, my experience in creating does not adhere to the rules or value system of western culture. If an idea comes to mind, I engage that idea immediately, or whenever possible. When it’s time to create, I don’t know how I will approach the idea choreographically. I literally walk into the room and begin choreographing to whatever music I have at the time. From there, I build on the phrasing until I have something of significance. Lastly, I come up with a narrative based on whatever I see before me choreographically. For Rennie Harris: Funkedified, I began with the idea of wanting to create a work based on the music that surrounded me as a child. This just happened to be Funk.

DD: What can audiences expect to see?

RH: I have no idea what the audience should expect. It is not my place to assume the expectations of the audience. I create for myself, not for the audience. However, my hope is that the show invokes some sort of conversation, regardless of whether they like it or not. Also, this show isn’t something I would normally do and, to be honest, it’s set up in a sort of Broadway fashion. Needless to say, I am not a Broadway choreographer and my intent is not to manipulate the audience, but rather to share my experience and hope they will relate to it.

DD: You’ve had remarkable success and recognition for your work. What’s been the highlight of your career so far?

RH: I was a cultural ambassador for former President Ronald Reagan and a Hip-Hop Ambassador for former President Barack Obama and Secretary of State Hilary Clinton. I also performed for the Queen of England, the Princess of Monaco, and many diplomats and dignitaries around the world. However, nothing beats seeing my company’s picture and name on the billboard over Interstate 95. To perform in my city, and to be supported by my city on such a level, is not only humbling, but leaves me speechless. We have traveled the world from the UK, France, China, Japan, Kazakhstan, Africa, and to the Middle East. Nothing is more exciting than performing in Philadelphia- aka “Illadelph: the dopest city in the states.” Rennie Harris: Funkedified presented at the Kimmel Center is the highlight of my career.

DD: What advice would you give young hip hop dancers aspiring to have a professional career?

RH: My advice is to follow your heart of hearts if you want it make it happen. What I mean by that is, if you want to change your reality, you must take an action. Taking an action is the only thing that changes reality, nothing else. Stop waiting to be discovered and physically get up and create your own path to walk. Meaning, call the person you are supposed to call. Get to rehearsal on time, even when those around you are late. Stay the course, stay focused, and don’t ever give up on what it is you want. Your actions are creating a rift in the universe. It is affecting others as you move through space and time.  Even if you don’t make it, so to speak, your actions will forge a path for others who will remember you and what you’ve done for them to move forward on their path, thus “you making it.” You may be blind to the path you’re on, but best believe you are on a path forged by your own hands. This path will show you the way and, in the end, you will be satisfied one way or the other.

Lastly, people told me not to start a hip-hop company. They said there was no funding for any more companies. I was also told not to call myself a hip hop theater company because no one would book me. But here I am, 30 years later, still going hard in the paint. Don’t let anyone determine your future for you. You are in the position you are in because of all the decisions you’ve made, not anyone else.