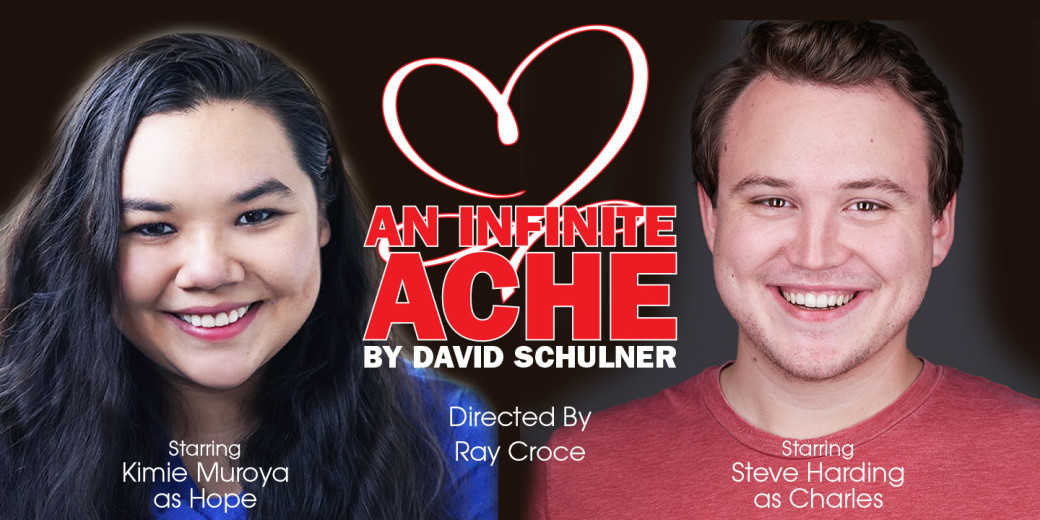 Raymond Croce, artistic director of South Camden Theatre Company, decided “he wanted to stage a play that would speak to a younger audience from across the Delaware Valley. One that might reflect on how millennials feel about life.” He chose David Schulner’s An Infinite Ache, which plays at SCTC April 26 through May 18, 2019.

A fresh and heartfelt play about love, time, and the infinite directions in which two lives can travel, An Infinite Ache follows a pair of lonely twenty-somethings about to end a supremely uninteresting first date. As they’re about to share an unsatisfactory good night, a myriad of possibilities of their future and a life shared together come rushing to meet them.

“It’s a theatrical roller coaster that will leave the audience wondering, did they just live their entire lives together or was that just a dream,” says Croce. At times, he says, it has him “cheering for Hope and Charles,” (the two characters in the play, played by Kimie Muroya and Steve Harding), “hurting for them” at other times, and “down right hating them” as well.

When asked, “Why did you choose this play,” Ray replied, “I like to measure a playwright by the work that is in front of me and in this case I think David Schulner’s piece stands up for itself very well.”

An Infinite Ache is the second production of South Camden’s 14th season, part of a growing arts community across the Delaware that includes The FireWorks, artist studio spaces and art gallery, The Nick Virgilio Writer’s House, Bee Still Studios, The Camden Shipyard & Maritime Museum, Camden Boat Works and the Center For Environmental Transformation.

2 Replies to “Aching for Love in South Camden: SCTC puts on David Schulner’s AN INFINITE ACHE”