Dancers are relaxing around the Performance Garage when Phindie arrives at the rehearsal—snacking, chatting, stretching. Choreographer Jodie Gates is back in town from California to fine tune her new piece, Beautiful Once, ahead of its world premiere as part of BalletX’s 2017 Summer Program at the Prince Theater. 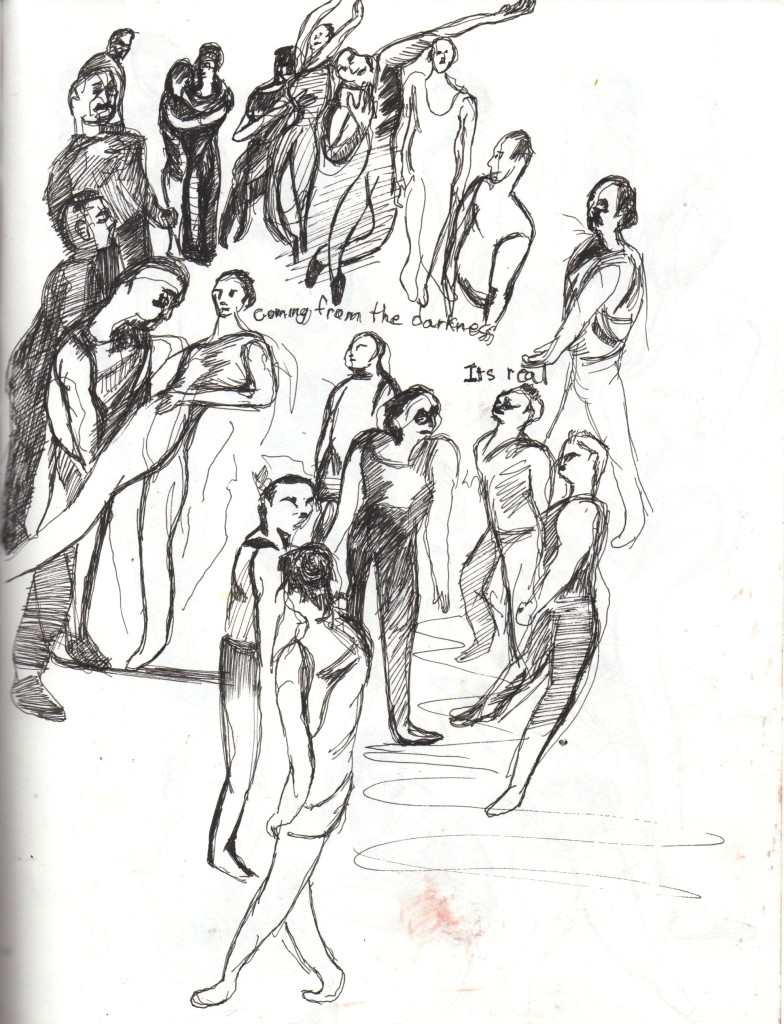 “You’re coming out of darkness,” she tells dancer Chloe Perkes, telling her to engage with the audience as she enters the stage to begin the piece. “Maybe that gentleman [Phindie, observing] is your best friend and you look out to connect with him…. and it’s real.”

Other dancers enter the stage from different angles and wander about the space. The choreography begins with natural interactions transformed into steps of casual beauty, strength, and elegance, giving us the sense that every brush with every passerby contains such remarkable potential.

The focus on natural interactions imbues the subtle notes Gates provides her dancers, making this an ideal piece to witness in rehearsal. Watching the company, we get a firm appreciation for the speed with which the supremely fit dancers can transform from casual relaxation to breath-taking athleticism. Gates’s choreography emphasizes and utilizes this transition.

Gates’s other notes focus on liveliness, timing, and a gentle precision of movement. In every duet—such as the beautiful interactions between Francesca Forcella and Gary W. Jeter II, between Chloe Perkes and Richard Villaverde, and between Villaverde and Forcella—Gates asks her dancers to move as one, not as a couple: “Instead of being her partner, you’re doing it with her… You want to be doing whatever she’s doing as badly as she does.”

When her male dancers release their partners in a synchronized push, the motion appears as two bodies moving naturally as one.

The dance is performed to a new composition by Ryan Lott of Son Lox. Among the dancers (Roderick Phifer, Andrea Yorita, Chloe Perkes, Francesca Forcella. Skyler Lubin, Gary W. Jeter II, Zachary Kapeluck, and Richard Villaverde) look for Perke’s movements at the beginning of the first and third movement (above), the exquisite chemistry between Forcella and Jeter, and the the lift of Yorita by Phifer.