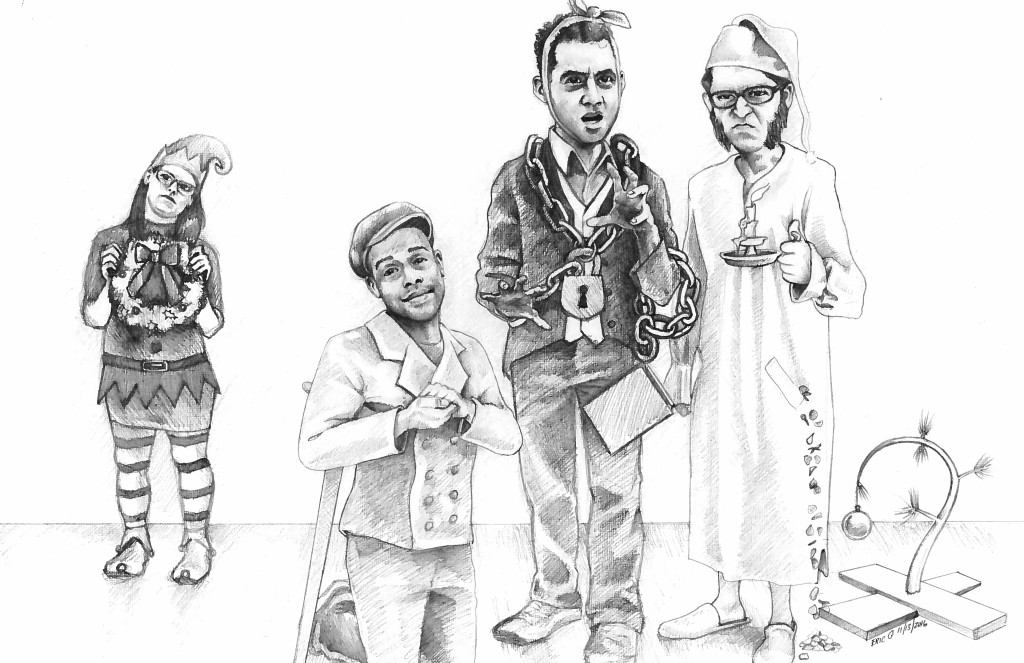 There will rarely be a year when you can’t find a performance of A Christmas Carol somewhere on stage. But what if you also want to see Frosty the Snowman, Rudolph the Red Nosed Reindeer, The Grinch Who Stole Christmas, and other Christmas stories from around the world. This year, all the beloved holiday classics are coming to Chestnut Hill with Casabuena Cultural Productions’ Every Christmas Story Ever Told (And Then Some).

Directed by Mariangela Saavedra, the show features Jim Broyles, Kyle Paul Dandridge, and Brian Weiser, plus Sassy Elf Teresa Nutter. They aim to tickle the funny bone with their comedic re-enactments of all the great holiday stories… and then some. All in under two hours.

The fast paced show, full of music and merriment, runs December 16-22, 2016 at The Stagecrafters Theater in Chestnut Hill. Based in nearby Mount Airy, Casabuena Cultural Productions gives children and young adults the opportunity to with professional artists on theatrical productions and short films. Their The Church Bells All Were Broken impressed Phindie during its run at the 2016 run. Previous productions include The Complete Works of William Shakespeare (abridged), MmmBeth, and The Complete History of America (abridged).

Every Christmas Story Ever Told (And Then Some).is a coproduction with Stagecrafters Theater. [8130 Germantown Avenue] December 16-23, 2016; casabuenacp.com