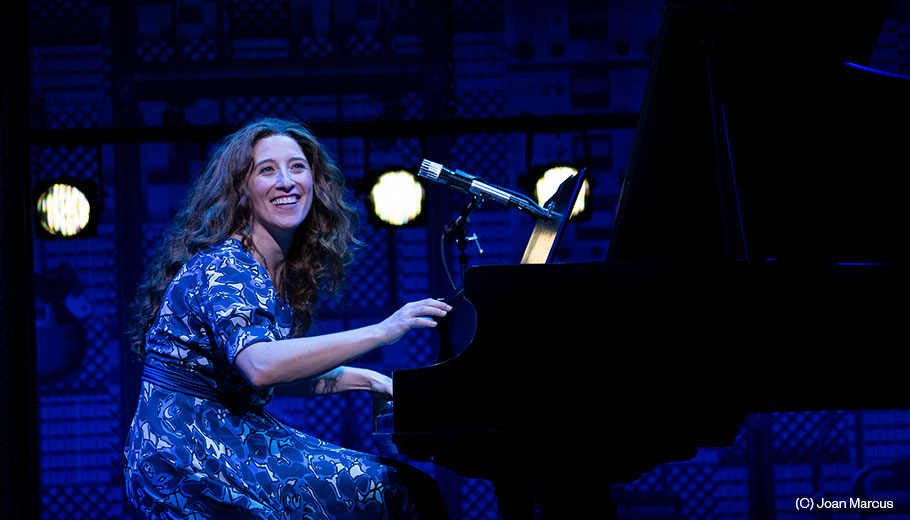 If you missed Beautiful: The Carole King Musical during its five year run on Broadway or in its previous two Philadelphia tour appearances…chances are you don’t need to add to your Covid risk budget to see this under-baked jukebox musical. I was genuinely excited to see this. The original Broadway production earned a Tony (and a career launch pad) for Jessie Mueller. In its form at the Academy of Music, I cannot imagine how anyone could add complexity to the nuance-free book courtesy of Douglas McGrath.

It might be unfair to hold Beautiful to the standards of a coherent drama. After all everyone is entitled to, as my companion put it, “a carefree romp through the decades; a rich tapestry of Motown, doo wop, and the emergence of classic rock.” In this regard, the show certainly parades nostalgic songs with a respectable level of Broadway panache, led by able performers.

I do think though, the story of a Jewish woman writing for primarily black artists in the white male dominated music industry of the 1960s is rich with potential. The fact that these issues of authorship and representation are glossed over feels especially inexcusable in 2022. But the beat goes on…

In particular, Sara Sheperd’s vocals as Carole bring the house down in the show’s final 15 minutes. I just wished they were both better served by the material.