Anastasia takes the crowd by surprise with its fabulous setting, incomparable choreography, and performances oozing talent. The new musical tells the tale of the much-loved Anastasia is the fruit of efforts by the outstanding duo of Lynn Ahrens and Stephen Flaherty. With the help of Terrence McNally’s book ‘Anastasia the Musical’ is a complete hit.

After wonderful three-years in Broadway, It now sets off to a National Tour around the U.S. with its next stop at Connor Palace / Playhouse Square in Cleveland, OH from February 4 to 23. Anastasia musical tickets are on sale right now. Get them now to earn a wonderful discount from

Anastasia is practically a journey to one’s dreams. This dream may be of that amnesiac girl, Anya who wishes to find her rightful place. It may also represent the infamous conman, Dmitry’s desire to flee to Paris to escape the upheaval in Russia. Then again it represents the longing of Vlad to reunite with his lover Lily, a courtesan under Empress Dowager. And let’s not forget the waiting eyes of Empress Dowager for her long lost granddaughter Anastasia.

When all of them try to fulfill their dreams, a soundly heart-rending yet mysteriously blissful story is born. In the end, Anastasia represents the dream of Ahrens and Flaherty. They wished to see a musical out of the 1997 animated film and here it is.

An Old Tale with Fresh Propensity…

The story is the same old tale of an amnesiac girl traveling with a conman and an ex-court acrobat. The mystery is whether she is the real Anastasia or not! Ahrens and Flaherty together with playwright McNally created “Anastasia”, the award-winning team that gave us musicals like “Ragtime” and “A Man of No Importance.”

With a touch of old, they added modern taste to the story. Making it more realistic than imaginative like Hamilton broadway. Alexander Dodge’s sets designs worked well to bring out that real-feel in the musical. Finally, Donald Holder’s lighting and Peter Hylenski’s sound design round out the solid technicality necessary.

The audience response was like they have indeed transported to the striking places in the show. Last but not the least, characters by tour cast added flair to an already hit musical. Jason Michael Evans’s Gleb is gentler than his predecessor. Not a by-the-books investigator but a more open-minded mortal. Joy Franz is more distant and snippy nevertheless a devoted granddaughter. Edward Staudenmayer as Vlad is jovial and approachable. Just as Staudenmayer Lila Coogan as Anya is stronger, leaner, and more vulnerable adding to the drama. 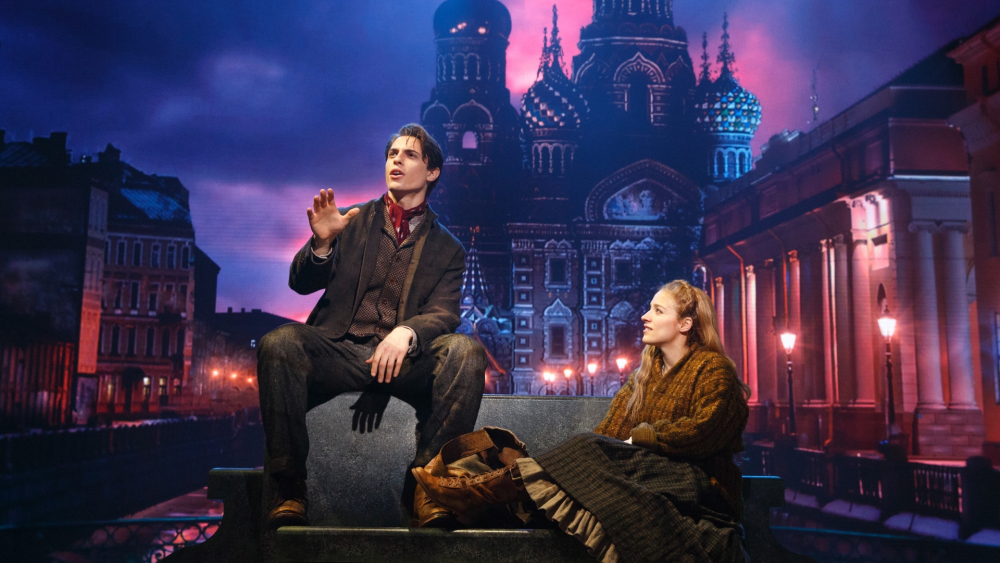 If you liked the animated movie from 1997, you’ll like the musical too. Especially the most memorable songs, namely “Journey to the Past” and “Once Upon a December” re-energized in the musical. Ahrens and Flaherty wrote 16 new songs to add to the six from the animated film. All a unique masterpiece that brings joy to the ears.

Even if you haven’t seen the film, I recommend you buy tickets and watch this fantastic show!