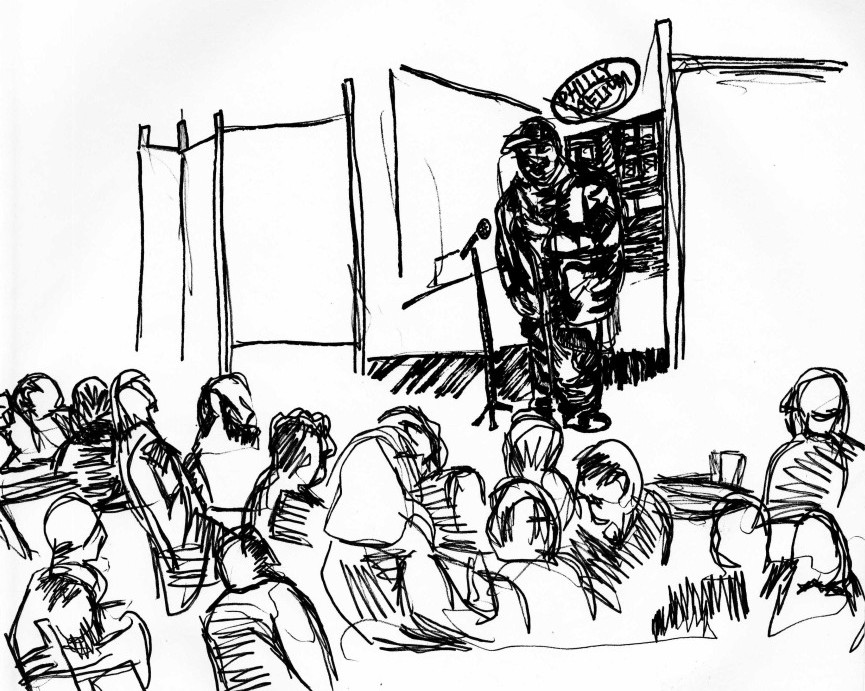 The dimmed lights on the audience was a cool scene to walk into as some of the guests were finishing dinner and drinking before the show started. The host of the event was the Woody Allen-like, Ed McGonigal. This act brought things to a simmer as the irony punched a little too hard, as if the Red Skins football team should always loose home games. The crowd did not like that one, but the nonalcoholic beer commercial was fantastic truth to say the least.

Next, Eleanor Kerrigan a comic that came from South Philly and performs in Las Vegas next month with Andrew Dice Clay, who recently appeared in A Star Was Born. A slight mix of chuckles turns to a very confrontational greeting about where the audience came from, or how old they were, and where did they go to school. Kerrigan, the Temple alumnus, spouted about growing up in her South Philly neighborhood. The threatening implications about men and women abuse cases were introductory to how careless she was about her language and bodily fluids. 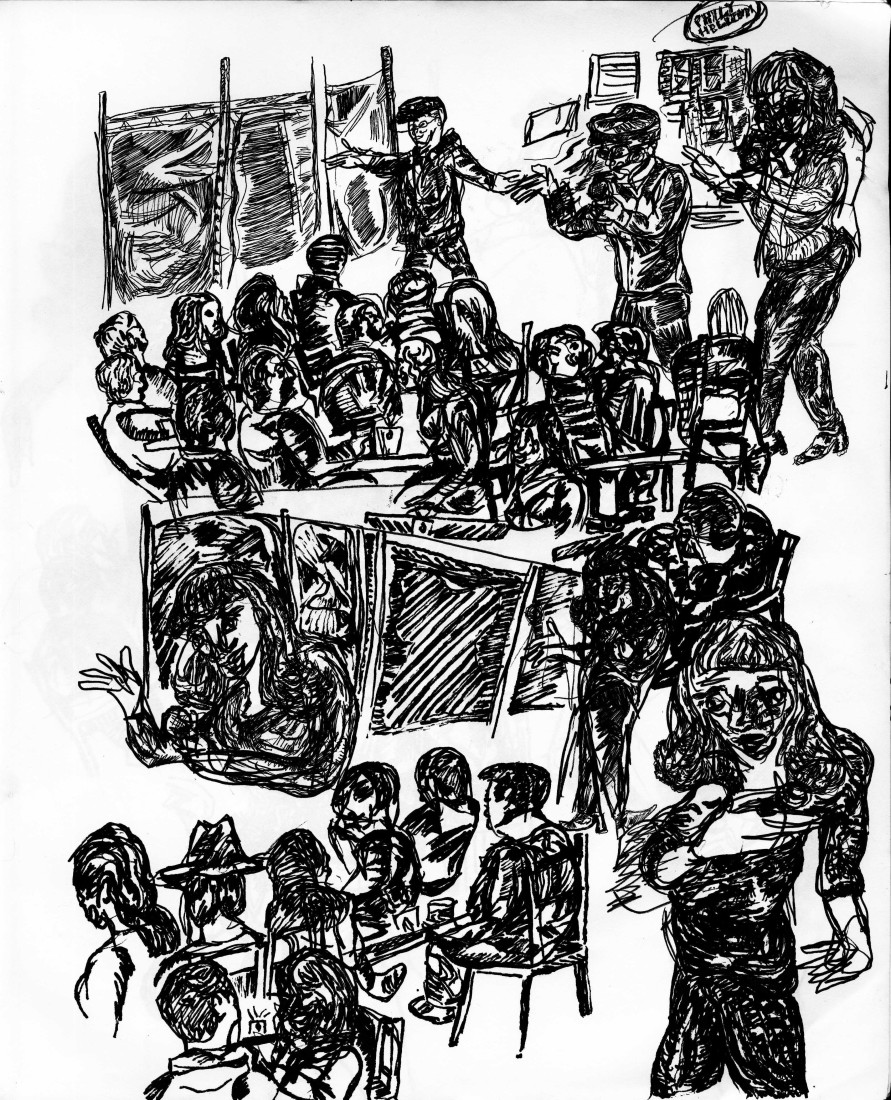 I am sure it was intimidating up close, but at the same time hitting on a loving relationship between complete strangers. The way Kerrigan could play with the crowd was entertaining from a distance, and her hair was enough to trigger the comics where a muscular male super hero saved a blonde petit woman. It was as if, now the female comic character had a chance to give us her voice about the family, the sex, and the gangsters. Kerrigan was a great model for putting a question out there and measure an answer from the audience on a level of stupidity. 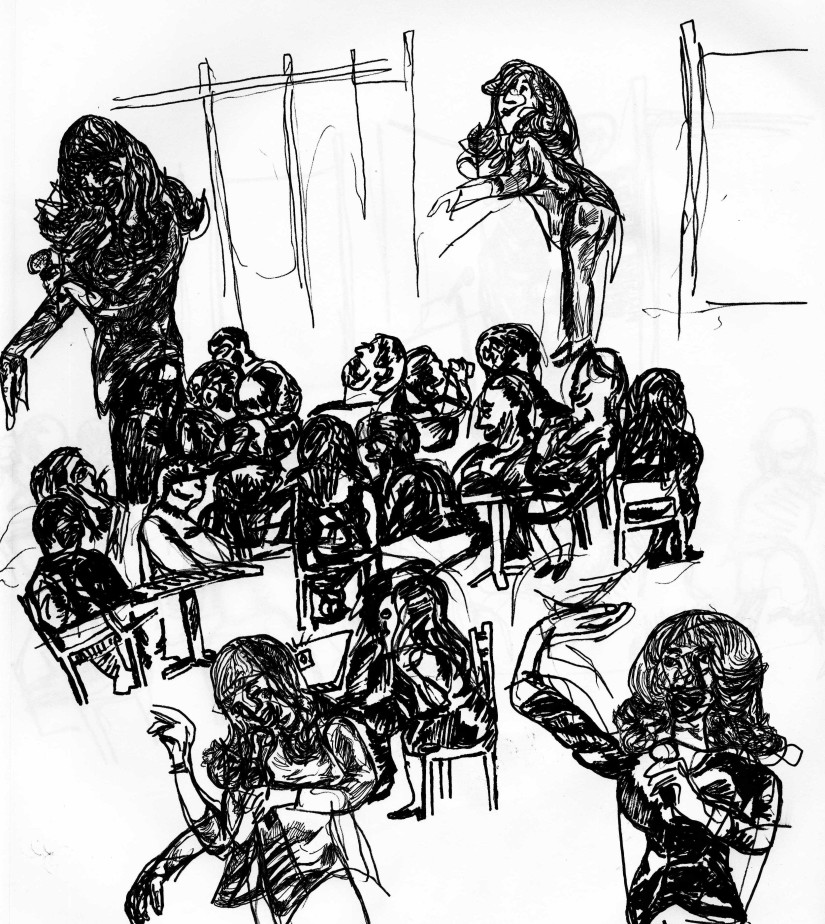 Dom Irrera has many achievements in the comedy, television, and film industry, but how about his voice over on kid’s cartoon shows, “Hey Arnold!” and “Back to the Barnyard!” The stories Dom told were in his collective memory through years of experiencing people. The most unanticipated skill was a dog bark, and it was one of his many relentless, annotated career boosts. He drops it with an, “Am I right?!” He effortlessly pinned his humor to people who fit the stereotype. Into his bit about sharing his food, an audience member yelled out, “whole pizza”, from then on it was all about “cold pizza”. And who doesn’t love cold pizza.