Broadway veteran Noah Weisberg is starring as Willy Wonka in the national tour of Roald Dahl’s Charlie and the Chocolate Factory. Weisberg is taking audiences on an enchanted journey filled with wonder, magical inventions, and Oompa-Loompas.  The show features songs from the original film, including “Pure Imagination,” “The Candy Man” and “I’ve Got a Golden Ticket.” Weisberg talks about the joy in playing Willy and how he brings that to stage each night. 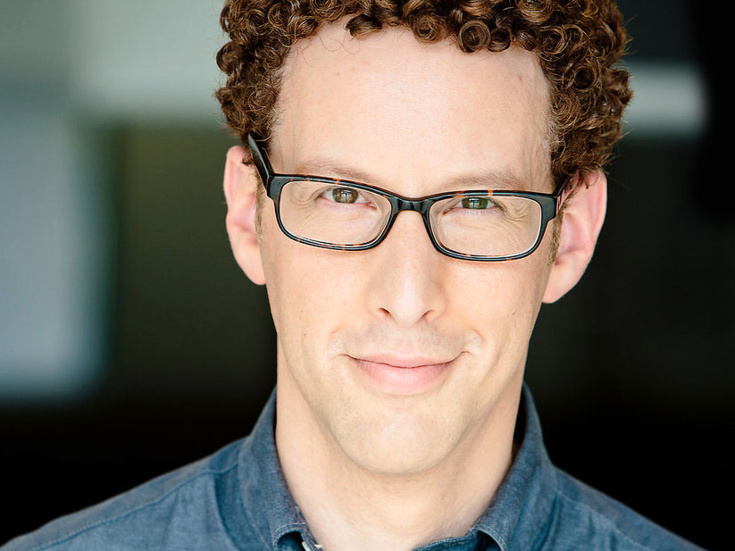 Debra Danese: What was your first exposure to the story of Charlie and the Chocolate Factory?

Noah Weisberg: My first experience of Charlie and the Chocolate Factory was the Gene Wilder movie. I loved it growing up. So I had a decision to make: Do I re-watch the movie now that I’ve been cast in this role? I decided not to. His performance is somehow in my bones, in a sense, because I grew up watching it, but I knew that I had to give my own performance. I had to figure out what I could bring to the role. I feel as though I am doing my own version, yet the interesting thing is I’ve had a number of people tell me that there’s a Gene Wilder-like quality to my performance. I take that as a huge compliment!

DD: What character traits are you bringing to your Willy Wonka?

NW: I tried to do what actors that I admire do, which is to bring 100% of themselves to each role. So while the audience sees Willy Wonka up there, and I’ve done a lot to physically embody who I think Willy is, I’m really within the safety of the character, exposing my own vulnerabilities and childlike qualities and insecurities and confidence and anger and excitement and innocence. That makes it so much fun to play and allows me to give a 100% authentic version that is truly my own.

DD:What did you learn about yourself while preparing for this role?

NW: Willy Wonka is a really physically demanding role. It is also probably my favorite role I’ve ever played. It’s been a great reminder to always breathe, and listen, and trust my gut. It’s been a wonderful lesson in responding truthfully and in finding the positive choice in each moment. I think this character could easily fall into responding negatively to all the kid’s behavior while on his factory tour, but with the help of our incredible director, Jack O’Brien, I’ve worked to find the joy and love in Willy. It’s really brought out the joy and optimism within me. It’s deepened my love for acting and creating art. It’s made me realize how similar I am to Willy in many ways.

DD: What’s the last thing you do before entering the stage for the first time in a performance?

NW: I do a vocal warm-up in my dressing room, and then as I’m walking to the stage, I sing the lyrics to the song “The Candy Man.” Right before I get on stage, our props person, Paige, asks me, “So what are you going to do tonight?” And every night I answer, “I’m going to get to tell the story!” It’s like a call and response. Almost like a cheerleader revving up the crowd. It helps center me and reminds me how lucky I am to do what I love. It reminds me that every audience deserves a performance as energized as opening night. And that somewhere in the crowd is a kid who is seeing his first Broadway show. I was that kid once and I believe he/she deserves everything we’ve got! It also reminds me how timely this story is. A story that highlights the idea that innocence, kindness, selflessness, and imagination can win the day. What a great message to be able to spread around our country.

NW: That’s a tough question because I sincerely love doing the whole show. I especially love doing the secondact. But if I have to pick one, my favorite moment in the show would be doing the song “The View from Here.” Scott Wittman and Marc Shaiman wrote a really beautiful song and I’m excited to sing it every night.

DD:If you could create your own candy, what would it be?

NW: I’d like to create a candy bar that has real sugar and real ingredients but has no adverse health effects. Wouldn’t that be something? Imagine!

Charlie and the Chocolate Factory is playing at the Academy of Music November 7-November 18, 2018. More info here: kimmelcenter.org