Christopher Munden has written and edited for many inconsequential publications, websites, and cultural institutions. He is the editor/publisher of the Philly Fiction book series, a coach and board member of the Kensington Soccer Club; and a pretty good skier.
Read articles by Christopher Munden 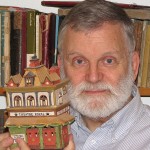 Charlie (Chuck) Schultz is a painter and sketch artist with a love of dance and theater. He was educated at the Delaware College of Art and Design, Pennsylvania Academy of the Fine Arts, and the University of Pennsylvania. Check out his work at yochuckart.blogspot.com.
See sketches and articles by Chuck Schultz

Debra Danese graduated with a degree in dance from the University of the Arts and also holds a B.A. in Arts Administration. She is accredited at the Master Level with the National Registry of Dance Educators. Debra has performed in Europe, Tokyo, Canada, and the Caribbean. She teaches and choreographs world-wide and has been an international guest artist in Switzerland, England, and Slovakia. Debra has been an Artist in Residence on five occasions in Norway where she showcased full length dance productions at the acclaimed Nordland Theatre. She has also presented an original dance production at the Elspe Festival in Germany. Debra has been featured in Dance, Dancer and Dance Teacher Magazines for her work in dance education. Additionally, she has been a contributing writer for Dance Studio Life Magazine since 2010.
Read articles by Debra Danese

Toby Zinman (our dilettante at large) is a recently retired professor of English at the University of the Arts in Philadelphia, Pennsylvania. She was a Fulbright professor at Tel Aviv University and a visiting professor in China. She publishes widely and lectures internationally on American drama. Her fifth book, Replay: Classic Modern Drama Reimagined, was published by Methuen, and she published the essay, “Visions of Tragedy in Contemporary American Drama,” in 2017. She is also the chief theater critic for the Philadelphia Inquirer where she reviews New York and London as well as Philadelphia. She was named by American Theatre magazine as, “one of the 12 most influential critics in America.” Her travel writing has taken her all over the world, from dogsledding in the Yukon to hiking across England.
Read articles by Toby Zinman

Dan Scully is a film buff and humorist living in a tiny apartment in Philadelphia. He hosts the podcast I Like to Movie Movie and is the proud father to twin cactuses named Riggs & Murtaugh. Also, he doesn’t really mind when Batman kills people. Follow him on Twitter and Letterboxd.
Read articles by Dan Scully

Lisa Panzer has worked for many years in theater not only as an actor, but as a director, dramaturg, technical director, lighting designer, stage crew, and roustabout. A few of her favorite past theatrical roles include: Liz Imbrie in Philadelphia Story, Maria in Lend Me a Tenor, Mrs. Tarpey in Spreading the News, Mollie Ralston in Mousetrap, Trinculo in The Tempest, Bernice Roth in Musical Comedy Murders of 1940 and Felicia Dantine in I Hate Hamlet. In addition to theatrical endeavors, Mz. Panzer has also worked as a background performer in television’s Cold Case, Invincible, The Happening, several television commercials, and has played various roles in independent films including Project 21 productions and other commercial acting venues. (See http://www.imdb.com/name/nm3355274/ for additonal information).
Read articles by Lisa Panzer

Jessica Foley is a Philadelphia actor and writer.  Check out Foleygotcomped.blogspot for more of her theater writing, including links to her articles in Phindie and the City Paper.
Read articles by Jessica Foley

Lauren Hartranft grew up engrossed in books, theater, and music. She daylights as a behavior consultant, which she believes helps her perceive daily life, personalities, and theater in a unique way. She’s a self-proclaimed foodie and borderline hippie who likes to garden, make her own wine, and absorb as much culture from the world around her as possible.  Lauren can be reached via email at lhartranft@verizon.net.
Read articles by Lauren Hartranft

Julius Ferraro is a journalist, performer, playwright, and administrator based in Philadelphia. He is co-founder of Curate This (a collaborative platform for artists to define and drive the conversation about the arts in Philadelphia), has served as theater editor of Phindie, and writes for thINKingDANCE, Philly.com, The Smart Set, and the FringeArts blog. His recent performances include Micromania, The Death and Painful Dismemberment of Paul W. Auster, and The Mysteries of Jean the Birdcatcher with {HTP}, On the Road for 17,527 Miles with 14th Street, and his Phindie Fringe Bike Tours. With the City of Philadelphia Mural Arts Program’s Restored Spaces Initiative he coordinates community-led environmental arts projects. He has an email here and a blog here. His twitter is @JuliusFresh.
Read articles by Julius Ferraro

Carolyn Wyman is the author of seven food books and was copy chief at Philadelphia City Paper, before its untimely demise. She currently leads food tours at Reading Terminal Market and writes the Philly Food Finds column about signature dishes at local eateries for philly.com. Learn more at carolynwyman.com.
Read articles by Carolyn Wyman

Ninni Saajola is a screenwriter who has written both for television and radio theater in her far, far away homeland and is now finishing her second B.A. in Philadelphia while working with miscellaneous theater projects and continuing to write professionally in Europe.
Read articles by Ninni Saajola.

Debra Miller holds a PhD in Art History from the University of Delaware and teaches at Rowan University, Glassboro, NJ. She is a judge for the Barrymore Awards for Excellence in Theatre, Philadelphia Arts and Culture Correspondent for Central Voice, and has served as a Commonwealth Speaker for the Pennsylvania Humanities Council and President of the Board of Directors of Da Vinci Art Alliance. Her publications include articles, books, and catalogues on Renaissance, Baroque, American, Pre-Columbian, and Contemporary Art, and feature articles on the Philadelphia theater scene.
Read articles by Debra Miller

Cameron Kelsall has been writing about theater, classical music and the arts for more than ten years. He currently contributes to several Philadelphia-based publications, including the Philadelphia Inquirer and  Broad Street Review, and reviews Broadway and Off-Broadway productions for Exeunt Magazine. Cameron also serves as a judge for the Barrymore Awards. You can follow him on Twitter @CameronPKelsall.
Read articles by Cameron Kelsall

Lev Feigin is a Philadelphia writer, flâneur, biker and kayaker. He holds a Ph.D. in Comparative Literature from the CUNY Graduate Center and is an alumnus of The Writers Institute at the Graduate Center. Read articles by Lev Feigin.

Nicole Forrester grew up memorizing Shakespeare’s sonnets for allowance money, and for years has rigorously attended FringeArts and Philadelphia theater offerings in general. Among activities including aerial acrobatics, event planning, and sketch comedy, she still considers theater, and now review, her favorite method of adventure.
Read articles by Nicole Forrester 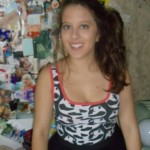 L. Haber is a 2012 winner of the WragsInk poetry contest, an intern for Philebrity.com, keeper of the personal blog lahaland.tumblr.com, and has two poems published in Anthology Philly: Poetry Edition Volume I. She is sorry about listing all the previous credentials, but needs to show how official she is as a young writer, and how ready she is to write more. If you are interested in working with L. Haber, learning her first name, or meeting her Saint Bernard, she can be contacted at lahab5@gmail.com.
Read articles by L. Haber

Michael Fisher is an actor, playwright, and musician. He is currently pursuing an MFA in Creative Writing at Rosemont College. He lives in New Jersey.
Read articles by Michael Fisher

Joshua Millhouse is a writer, performer, and theater administrator based in West Philadelphia. He hopes, in the near future, to self-produce his own work. In the meantime, he’s working hard, seeing lots of theater, and enjoying this circuitous pattern of trips to Wawa that is Philly life.
Read articles by Joshua Millhouse

JB Farley is a longtime Fringe fanatic and know-it-all. He won Philadelphia Magazine‘s 2012 Best of Philly award for his quizzo hosting skills. Test your wits on Mondays at Strangeloves, Tuesdays at the Locust Bar, Wednesdays at Era, Thursdays at Southhouse and Memphis Tap Room (summers only), and Sundays at Local 44.
Read articles by JB Farley

Josh McIlvain is the artistic director of SmokeyScout Productions which he co-founded in 2008 with Deborah Crocker (to whom he is also married!). As a playwright, he has had more than 115 productions of some 70 plays throughout the U.S., including more than 38 New York City productions. Josh is also the leader of the rock collective Josh McIlvain & The Generals of Sexcop (listen to the hot tracks at sxcp.bandcamp.com!), the editor/publisher of Philly Fiction (collections of short stories set in Philadelphia and written by local writers), and the editor of the FringeArts booklet and blog.
Read articles by Josh McIlvain.

John Rosenberg, cohost of the Phindie podcasts, is the founder of Hella Fresh Theater at the Papermill Theater in Kensington, Philadelphia. He has written and directed plays Quando Sei Qui, Se Fossi di Famiglia; Alp d’ Huez; Automatic Fault Isolation; Queen of All Weapons; California Redemption Value; Jericho Road Improvement Association; and Use Both Hands, The Gambling Room, and Hannah, among others.
Listen to a Philadelphia Independent Theater podcast.

John T. D’Alessandro, “the Grumpy Professor”, is a former professor for Temple University and the University of Pennsylvania and has taught English and theater at universities and high schools in the Philadelphia and South Jersey areas. He has directed over 20 Broadway musicals in non-professional productions for colleges, high schools and community theater groups.
Read articles by the Grumpy Professor.