Republished by kind permission from Curate This. 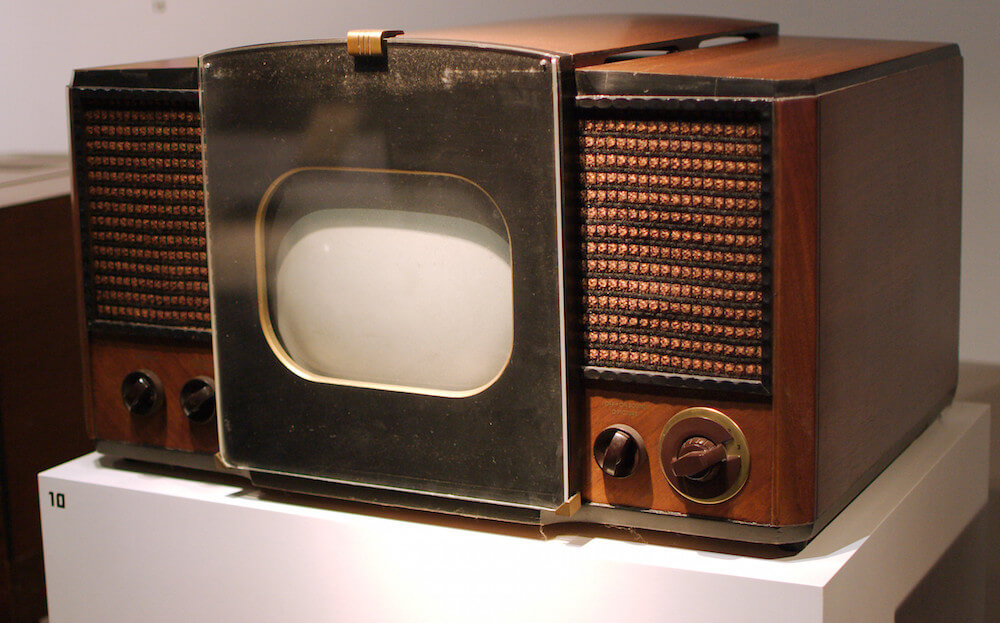 Television is by nature more conservative and commercial than theater. The comparatively massive cost—on average, $2 million to produce a network TV episode—puts producers in a position of having to justify their budgets, and justify them with viewers (8 million viewers, for instance, saw the first episode of Game of Thrones this season).

A network, which presents and bankrolls shows, is a commercial enterprise. Networks take a subservient role to audiences, doing whatever it takes to add a thousand viewers—and to keep them in their seats for the full 21 or 44 minutes. Producers must always work to grow audiences, thus eliminating their ability to experiment—try untested structures, language styles, visual worlds, physical styles—and do what art, necessarily, must always be doing: trying both the boundaries of the medium and its audiences. In art, experimentation is the opposite of commercialism.

The range of programming, and the emergence of what feels “new” in TV, reflects, more often than not, a progressive and inevitable acclimatizing of audience sensibilities, an arms race to break through thickening viewer skin. Take, for example, Breaking Bad, which is hailed for its gritty realism. This is a trend which has been moving forward since before Mary Kay and Johnny first portrayed a married couple sharing a bed. Even watching a show like House of Cards I find my mind instinctively turning off in response to the high emotional stakes and flashy visuals. It’s delicious, but it’s not engaging intellectually, spiritually, ethically, or aesthetically. Like any other TV show, like even the news or a political debate, the House of Cards producers know that the audience can change the channel.

If a show does not function in the way mentioned above, it gets cancelled. Twin Peaks entranced an unexpectedly large viewer base with its self-aware, genre-influenced dialogue, surreal sequences, and unusual stringing-along of audiences (they refused to answer the question the show started with: Who Killed Laura Palmer?). The network hassled creators, forcing them to tweak the uncomfortable format, until it was effectively no longer itself, failed, and was cancelled.

What’s not guaranteed very rarely even gets tried.

Television is not bad, but it is nearly uniform in its message: you are here, you are safe, turn off your mind, turn off your thoughts; all revelations will be irrelevant to your life, all questions will be answered, the women will be unrealistically sexy, the language will be like yours, the last ten minutes will be hypercharged, you won’t feel stupid, this is not a dangerous place. As Donald Trump knows, an idea doesn’t have to be right to be appealing.

In his overview of the television medium, Amusing Ourselves to Death, Neil Postman (a student of media guru Marshall McLuhan) posits that TV speaks the language of entertainment, and that all of its success is based on its ability to entertain. Unlike the written word, the power of which lies in exposition and reasoned argument, television exists startlingly in the moment, turning off our thoughts of past and future and dazzling us with an anodyne but delightfully saccharine present.

“Because of the way [a medium] directs us to organize our minds and integrate our experience of the world,” Postman points out in Amusing Ourselves to Death, “it imposes itself on our consciousness and social institutions in myriad forms. It sometimes has the power to become implicated in our concepts of piety, or goodness, or beauty. And it is always implicated in the ways we define and regulate our ideas of truth.”

Postman is talking about the power of dominant discursive medium—a mode which dominates our way of communicating messages, such as the the written word did after the printing press, the spoken word did before that, and television does now—to not only tell all messages in a certain kind of way, but in the end, to only be able to communicate certain kinds of messages.

So entertainers, politicians, newscasters, preachers—all of us turn to entertainment to reach our audiences and maintain a market share. And in doing so, we either learn to speak its mass-audience-appealing language or perish.

This twists the TV-watcher’s (all of our) expectations of every mode of discourse, from political debates to the news to music and, eventually, to theater. Thus the 15-second TV twitter vid supplants the 7-hour Lincoln-Douglas debate as popular recreation.

In his First Prologue to “The Bite of the Night”, English playwright Howard Barker tells the story of a woman who is taken from the streets and cajoled into watching a play. She leaves, puzzled, but finds herself drawn back, and this time brings friends with her, one of whom says “because I found it hard I felt honored.”

What’s commercial is what’s successful, and it’s successful because it is in demand. There is a deep human need for art that engages and switches off our minds.

There is, on the other hand, a need for art that challenges. That denies emotional subterfuge. That puzzles and confuses. That leaves us out, a bit bored or worried, and makes us try to re-connect. That doesn’t answer every question, or requires work from us. That isn’t afraid to speak over our heads. That doesn’t dance more quickly because that will keep us in our seats. That challenges us to stand up and leave.

Shakespeare, I will be reminded, entertained. But in his best plays, clowns and idiots sideline stories which poke at unknown quantities.

Theater exists differently than television. It is present physically, and it is insanely cheaper, therefore able to speak to individuals rather than demographics. Television doesn’t work if the hundreds of highly-trained people in the credits don’t get paid; theater can be made by a single amateur, or five, or seven highly-trained people, or twelve, something we often forget in our fiscally crippling search for spectacle.

Even more than in the 80’s when Postman wrote, TV as a medium is defining the way consumers consume. TV isn’t even TV anymore, it’s the internet, its seductive clichés have crept into our pockets and even our prescription glasses, they creep into every aspect of our lives, so even in the impoverished arts culture we’re trying to make theater in, here, in Philadelphia we attempt to cajole audiences into theaters by providing spectacle, entertainment, mindless joy. By maintaining the old forms which work. Endlessly bashing away at naturalistic acting which looks like what we’ve been taught to expect. By making theater a province of TV, with canned philosophy and plastic morals.

TV’s great at this, it’s got the budget and the convenience to boot. Theater isn’t; it can’t cut quickly, can’t give a convincing zoom-in to add the emotional impact that unbelievable writing needs in order to land properly, and it takes a lot more effort to go out and see it. But because we are trained to look for TV everywhere, we have actors and plays aping TV’s tropes like dodos flapping their wings.

Often, theater grows best not in the gardens but as a weed through cracked sidewalks. In Philly, the capital-T Theaters which produce their own work in Philly are pretty consistently not nurturing new forms; experimentation, instead, happens in basements in South Philly, in hallways between Kensington studios.

Theater must be its own medium. It must argue for its existence on its own terms, not on the terms that TV sets for it. It must allow itself to say new things, allow itself to create new forms, and allow itself to eschew entertainment in order to truly challenge, and let audiences turn on their minds.